Tell the Truth and Don”t Apologize 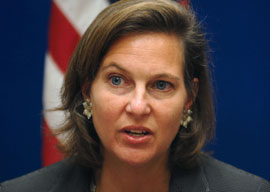 Why do we all have to pretend to be good and pure? It’s not as though many of us actually are, and it leads to so much hypocrisy everywhere. In these situations, I strongly suspect the vast majority would roundly applaud some charming honesty in their politicians and diplomats. Whatever you might think of Barack Obama, surely at least a small corner of your soul cheered him for his now famous “That was the point“ response to the predictable marijuana-inhalation question. So much smoother than Bill Clinton.

There is a well-known story about Talleyrand, one of the greatest figures in diplomatic history. Faced by an irate Spanish diplomat complaining that official dispatches had been received with their seals broken, he gracefully replied: “My dear Ambassador, I will wager that I can guess how this happened: I am convinced that your dispatch was opened by someone who wished to know the contents.” The Spaniard was left speechless, confounded, and wholly outmaneuvered by the unabashedly straight retort.

I”m not saying that honesty is always the best policy. Nor am I saying that we shouldn”t be encouraged to criticize wrongdoers. But people shouldn”t have to pretend to live up to standards that nobody achieves, particularly when everyone is tacitly aware of the reality. And when accidents happen, or when people are deliberately tripped up, we shouldn”t treat them as anything other than unfortunate victims. If you see someone walk into a lamppost, you don”t accuse them of damaging public property. You go and help, you thank heavens it wasn”t yourself, and possibly”probably”discreetly smile at what can be quite a funny situation. (I know: I once managed to walk into one myself.)

Going back to the current Ukraine spat, compare the reactions of Chancellor Merkel and Ms. Nuland, the hapless American diplomat. Merkel preeningly declared that the leaked remarks were “totally unacceptable.” How? Was she saying that it is unacceptable to hold a personal opinion or to share those opinions in a private conversation? Neither does much to further Germany’s reputation for robust humor. Rather than fulminate against her eavesdroppers, Ms. Nuland very splendidly praised them, commending their “pretty impressive tradecraft” and even noting that the “audio quality was very good.” She should have been promoted to ambassador on the spot.