Temper Tantrums of the Parvenus 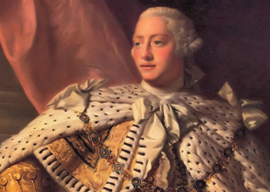 Even as a hardened senior citizen I am appalled by the tastelessness of Andrea’s rant and the editorial decision to allow her grossly offending columns to run at all. I should be less shocked than I am. I have long known of the neocons” anti-monarchist hangup, a characteristic I”ve encountered whenever the conversation has turned to “our liberal democracy””as opposed to someone else’s pre-democratic institutions.

Having just completed reading a long book on Leo Strauss and his disciples” effect on the conservative movement, I noticed how often the anti-monarchical thing comes up among the neoconservatives” Straussian mentors. For all their Churchill-worship and Anglophilia, these driven democrats seem offended by the British monarchy’s survival; Kenneth Minogue has described such types as “compulsive republicans.” You”d think the neocons would not have to sneer at England’s quaint customs, that they”d be happy it has evolved into a multicultural bureaucracy that sends troops to fight in our crusades for democracy. Perhaps they would shut up if the British accepted Bill Kristol and his family, or even Andrea Peyser and her brood, to rule over them as chief global democrats-in-residence.

Our conservative movement’s leaders and mediacrats in general are unhappy that a previous ruling class is still around and receiving honor. We are watching the parvenus” temper tantrums disguised as some kind of loyalty to crystal-pure democratic government. This is the same sentiment that caused post-World War II Romania’s communist dictators to abolish what was already a totally neutralized monarchy in 1947. The new guys on the block can”t stand the remnants of an order to which they had not belonged. Never underestimate the power of social resentment.

Among early Americans, Jefferson stood out for his disapproval of monarchy. He once even spoke against allowing too many immigrants to come from monarchical societies, lest they contaminate our republican way of life. Jefferson was so averse to the idea of immigration that he advocated an agrarian society in which the “exchange of artisans” would not be necessary and the “operation of manufactures” would be kept in Europe. This antimonarchist would have allowed only “the cultivators of land” to resettle on these shores. But such statements were made in the heat of battle with Hamilton and other Federalists, who Jefferson thought were trying to impose an English-style monarchy on the newly independent states. I doubt Jefferson’s utterances have had the slightest effect on our media elite. They probably have never read them anyway. Besides, Jefferson said many things about racial disparities, immigration, large urban populations, and cultural pluralism that would make them gag. His were certainly not the sort of anti-royalist views the neocons have in mind. What drives them up the wall is the fact that others continue to make a fuss over those who were running the block before they and their friends took it over.