Ten Great Things About the Japanese 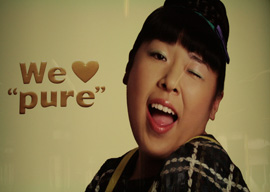 5. SAMUEL SMILES’S BOOK SELF-HELP IS STILL ON THE BESTSELLERS LIST
While Western culture is dominated by intellectual midgets such as Germaine Greer, Richard Dawkins, and Yasmin Alibhai-Brown, the Japanese still drink regularly from the true fountains of wisdom—mainly books by dead white guys plus Confucius.

6. THEY APPRECIATE OUR CULTURE MORE THAN WE DO
Western museums feel compelled to organize exhibitions of Pygmy dung sculpture or Cambodian straw-weaving in order to balance the “hideous whiteness” of Renaissance art, Baroque sculpture, or French Impressionism. The Japanese have no such hang-ups. Alongside their own culture, “hideous whiteness” is what they crave most. Any exhibition by a well-known Western artist or movement will have them forming lengthy queues keen to pay $15 entrance fees for weeks on end.

7. THEY ESTABLISH INTERNATIONAL PEACE BY MAKING PAPER CRANES
While Western nations try to end war, terrorism, and nuclear proliferation by bombing and invading the wrong countries, the Japanese have a much better system: They get school kids to make origami paper cranes, then hang them by the thousands in temples, shrines, and at the Hiroshima Peace Monument. OK, it doesn’t solve anything, either, but at least a sheet of origami paper costs a lot less than a cruise missile.

8. THEIR WOMEN GIVE EACH OTHER HANDY MAKEUP TIPS ON THE TRAIN
Unlike Western women, who jealously guard their makeup secrets by only applying them in the boudoir, many Japanese ladies now do all their makeup on the train. This makes for the easy transference of beauty technology, allowing for a far lovelier female contingent than in the dyke-’n’-slut-infested West.

9. THEY DO MOST OF THEIR VOMITING WHEN THERE ARE PLENTY OF CHERRY BLOSSOMS FALLING TO COVER IT UP
The Japanese are not known for their ability to hold their liquor, with public vomiting a frequent and unfortunate consequence. But almost as if to support Christian notions of “intelligent design,” the main outdoor drinking season coincides perfectly with the descent of the cherry blossoms, as fluttering pink petals decorously cover up alcohol-laden pink puddles. Everything looks lovely, but be careful where you sit.

10. THEY STILL SCARE THE CHINESE
With America likely to turn into a low-IQ, debt-ridden, Third World slum ripe for conquest and colonization within the next couple of decades, perhaps the greatest thing about the Japanese is that the Chinese still have a deep residual fear of them. While Westerners have always touted the idea of China as a sleeping giant, less well-known is the secret Chinese terror of stirring up the Japanese hornet’s nest. As long as this fear reflex remains in place, 21st-century China will always be wary about crossing the Pacific to take advantage of the easy pickings on the other side.