The Absurdity of Steve 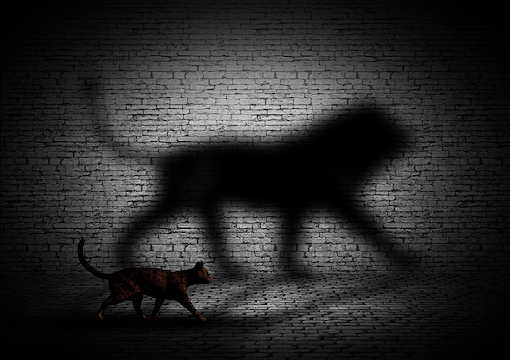 The American theologian Robert Lewis Dabney once described conservatism as “a shadow that follows Radicalism as it moves forward towards perdition. It remains behind it, but never retards it, and always advances near its leader.” He wrote those words at the end of the 19th century to describe what he called “northern conservatism,” but the description applies well to conservatism in general.

You see this in this post by a British MP calling himself Steve Baker. Note how he wants people to call him “Steve” as if he is one of the boys down at the pub. That’s because Steve is not only one of the fellas, he is the conscience of the fellas. Steve is woke to the latest fads on the left. So much so, he has heroically penned that post condemning white privilege and systemic racism. Steve is a lion of a man.

If you doubt Steve’s courage, just ask him. He tells us right away that his opinion is controversial, thus making him a brave man for stating it. Sure, this is the official policy of every corporate HR department in the West. Every person in the media is in complete agreement with Steve. Everyone that is anyone agrees with Steve on this issue, but that’s what makes Steve a hero for our age.

The absurdity of Steve’s post is exactly what Dabney had in mind. You see, Steve is the typical conservative. He is not the first or second to jump on the latest left-wing fads, but he is not the last, either. What defines the conservative is that ability to find the sweet spot where their surrender looks more like a struggle with their conscience. That way they can get some grace on the cheap as they surrender to the left.

Amusingly, Steve tells us he is a working-class bloke; everyone calls him Steve, after all, representing a diverse constituency. A quick look at the census data tells us that 81.6% of people living in Wycombe were born in England. 92.3% of people living in Wycombe speak English as their first language. The religious breakdown tells us that about 10% of his constituency is nonwhite, non-English people.

Now, by the standards of England, maybe that passes for diverse. In America, where all of this Black Lives Matter stuff started, Wycombe looks like a fantasy version of what white nationalists desire. In fact, it may be too white. The typical white nationalist longs for a return to when America was 85% white. Even Ivy League campuses have more diversity than Wycombe, so perhaps diverse is not the right word here.

Steve would no doubt argue that he is using the word diversity in the broadest sense, to include economics, religion, and ideological outlook. He wants to respect the “lived experiences” of his constituents. Civility is what matters most to Steve. So much so that he was given the Politician of the Year award in 2019 for his civility. This was bestowed upon him by the Civility in Politics award committee.

If conservatives genuinely wanted to be an alternative to the radicals, counter their claims and endeavor to push back the darkness, they would point out that privilege, white or otherwise, is earned. The reason those Asians and Africans in Wycombe can complain about white racism at all is that Britain allowed them to enter the country. If Steve wanted to be controversial, he would make that point.

If he really wanted to show he was a lion of a man, he would go further and point out that these people complaining about racism are simply ungrateful. If not for white people, they would be living Neolithic lives. Like everything else about their lives, their ungratefulness is only possible through the generosity of the white man. The best thing to happen to Steve’s dusky constituents is white privilege.

In a just world, the nonwhites allowed into European lands would demand at least one day a year where they thank their hosts for having them. Every African in the West left behind a life of chasing his food and dodging nature. Every Asian left behind a Hobbesian world of tribal warfare. If anyone has a grievance in this age, it is the Occidentals who stand waiting for a thank-you that never comes.

Steve is a conservative, so he would never dare say such things, as that would get him in trouble with his friends on the left. After all, the key to civility is to make sure the people who hate you and want you dead think well of you as you stretch out your neck for their sword. Instead, Steve white-splains to his working-class white constituents that they have had it too good. They need to apologize.

While conservatives like Steve are useless in the political sense, his tiresome breast-beating about white privilege drives home the point that conservatism is nothing more than a polite fiction. It is not even a shadow of radicalism now. It is an absurd pantomime performed by people too timid to face the reality of this age. It is bourgeois escapism masquerading as politics.

Conservative fops like Steve and the people who flatter them for their courage are infuriating at times, but they are yesterday men. The demographic age will demand a new politics and a new opposition to the prevailing orthodoxy. Conservatism is no longer a shadow following radicalism. It is a pace holder. The question is what will push it aside and become the genuine alternative to the progressive orthodoxy.