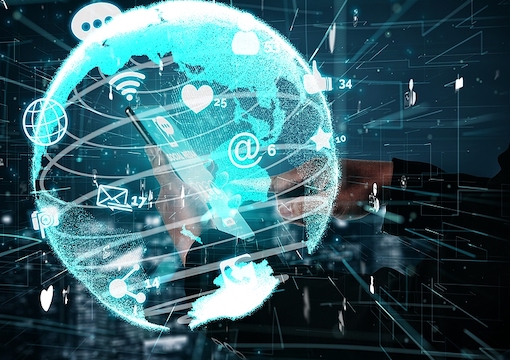 There is a theory kicking around dissident politics that says journalism is best seen as an activity, rather than a profession. It is a form of activism that uses information, real and manufactured, to promote various agendas and ideologies. Contrary to what the media companies used to say, they are not neutral observers speaking truth to power, but power centers promoting agendas that serve their interests.

One key point in this argument is that journalists themselves no longer bother pretending they are neutral. The Washington Post still has that silly line “Democracy Dies in Darkness” on its masthead, but it now reads more like a mission statement, rather than a warning. Proof that the universe has a sense of humor is that the most aggressive opponents of free speech are the mass media companies.

This line of argument regarding the media has merit, but it overstates the agency of the people and entities involved in this form of activism. What we have seen since the Cold War is the total assimilation of the mass media into the managerial state. Like the Borg from the old science fiction series, the nodes on this network the paleocons called the managerial class are a fully integrated class-aware system now.

“The media is fully integrated into the managerial network that hangs over American society.”

This is something the late Joe Sobran observed twenty years ago when, in a series of essays, he described what he called The Hive. The specific focus was on the uniformity of opinion and morality within left-wing politics. Like bees in a hive, no one inside left-wing politics questions or even considers the totality of the liberal project, but all of their efforts are in service to the agenda of the project.

It is important to note that Sobran wrote that series twenty years ago, when it was still possible for a man like himself to have a job in the media. Today this is not only impossible, but holding such views is practically criminal. Nick Fuentes, the young leader of the America First movement, has had his bank accounts seized and his name put on the no-fly list, without having been accused of a crime. Not a single member of the media has spoken out in his defense.

What this reveals is that the process that was underway two decades ago, when Sobran was alive and writing, has advanced to a new phase. The media is fully integrated into the managerial network that hangs over American society. They do not have to be told what to do, as that information is transmitted seamlessly through the network, like the pheromones used in a beehive.

A good example is this item in the war propaganda about Ukraine. The three “journalists” were given a story by the State Department that claims Putin is organizing death squads for after the invasion. He plans to unleash these death squads on the LGBTQI+ community in Ukraine. They also plan to fan out around the world to assassinate Ukrainian and Belarusian political opponents.

The whole thing is laughable nonsense, but the people authoring the story are unqualified to question any of it, even if they possessed the self-awareness to wonder why they were handed this scoop by government agents. Of course, that is why they were selected for the leak. That node on the network instinctively looks for the most gullible and compliant nodes on the media side for these selected leaks.

The point of this is to inject the story into the network so it circulates throughout the system and flashes from media nodes. An intern at National Review picked it up and reposted it on their site, which will get the story reposted on other neocon sites. The left-wing sites will then pick it up and, as if by magic, the prevailing consensus will be that this insane bit of propaganda is now received wisdom.

Another example of this is something that was used quite successfully during the Russian collusion hoax in the 2016 election. For weeks, the Biden administration had been chanting about false flag operations. A year ago, only conspiracy theorists used the term “false flag,” but as if by magic all the cool kids in the media are now explaining the workings of a false flag operation.

The point is to prepare the media nodes of the managerial network to use the correct language as soon as there is trouble in Ukraine. These fully programmed nodes immediately blame separatist violence on the alleged false flag operation cooked up by the Kremlin. Violence has been common in this region, which is why Russia has taken a strong interest in this part of their border, but suddenly the system has transformed this into a useful conspiracy.

Twenty years ago, when Sobran used the metaphor of a hive, he was doing so as a way to criticize the attitudes and behavior of the left. Two decades on we now see that it was a cogent comparison. The managerial class is now an organism. It now has collective awareness in the class-consciousness sense, but none of the subsystems are aware of themselves as integrated parts of this organism.

This is why all parts of the system can instantly recoil in horror at someone like Trump winning an election. The system itself recoiled, as if confronting a threat, so all of the organs of the system responded accordingly. What looked like wide-scale coordination was just the natural functioning of an organism. It was no different from how a beehive reacts to a sudden jolt from outside the hive.

In this context, the media is not activism but simply an activity that is an instinctive part of the leviathan. That old idea of the media being the fourth estate has been replaced with a new model where all four estates are assimilated into the whole. The leviathan is the source of secular authority, moral authority, public consensus, and the flow of information throughout the empire.

Like a living system, its focus is on self-perpetuation, which means most of its integrated parts are weaponized. We saw this with the Jan. 6 protests. The media, tech companies, and banking swung into action in defense of the system. Before the security nodes could activate, these other nodes were providing cell phone data, internet traffic, and credit card transactions to the collective mind of the system.

We are seeing the same thing with the Canada trucker protest. The whole system has been mobilized to address what it views as an attack. Banks, corporations, and the media are doing much of the heavy lifting. Outside of Canada, there is close to a media blackout as a defense against possible protests. The American media is refusing to cover a story north of the border because they view it as a threat.

This is something that the paleocons never anticipated. They saw the administrative state as a leviathan that served the interests of the managerial elite. The network of people at the top had control of the system. Instead, it seems to have evolved into an organism that has agency of its own. The people at the top are not masters of the universe steering the system, but captives hanging on for dear life.

This is what we see with the Ukraine crisis. The American actions thus far are like programmed moves that were based on an assumed set of facts on the ground that do not exist or have rapidly changed. Anyone pointing this out is attacked as a tool of Putin and anyone trying to work from the facts on the ground is viewed as the enemy. It is not particularly clear right now that anyone is actually in control of American foreign policy.

What all of this points to is that managerialism has evolved beyond what the paleocons imagined back in the last century. Technology has allowed the system to overtake its masters, integrating them into the whole. The Global American Empire is operating upon rules that the people nominally in charge do not fully understand. Managerialism has become a narcotic that controls the people within it.

That means the media is just a collection of drones without agency that serve the interest of the managerial collective. Journalism has become just another activity in service to the system. In this light it is not activism in service to its own interests but a defense mechanism. It is one of the parts of the creature we can see from the outside that helps us understand the overall mood of the creature.