The Big Lie of FTX 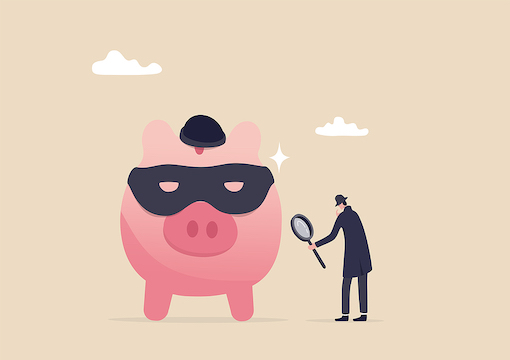 The implosion of the crypto trading firm FTX is a bit of real-world confirmation of the logic behind the big lie theory. The Big Lie is a lie so outlandish that people believe it because they assume no one has the impudence to lie so egregiously. In the case of FTX, people are struggling to accept what happened because no one can believe that such a massive fraud could so easily have been perpetuated.

Ponzi schemes are not new in the investing world. Like all cons, they rely on the greed of the mark to blind them to the implausibility of the scheme. Similarly, cooking the books is as old as double entry accounting. Companies have been overstating their profits and assets since such a thing became necessary. Of course, banks confusing customer money for the bank’s money is nothing new either.

What makes FTX unique is that it appears to have committed every known financial fraud scheme plus a few new ones. Not only were they playing fast and loose with the books and running a Ponzi scheme, they were also stealing customer deposits to buy influence in Washington and possibly operate a money laundering scheme, while the owners lived in some sort of polyamorous cult.

“What makes FTX unique is that it appears to have committed every known financial fraud scheme plus a few new ones.”

The thing that pushes the story into the land of make-believe is that some of the world’s smartest investors were suckered into the scheme. Like the Theranos scheme, this scandal is reaching into the elite of the governing class. Companies like Black Rock and Sequoia Capital were in bed with FTX. These are not just sophisticated investors, but core operators in the global financial system.

As if that is not enough to make this one of the most outlandish financial boondoggles in recent history, it has a political dimension. The founder of FTX, Sam Bankman-Fried, a name no screenwriter would conjure because it is so on the nose, was the second-biggest donor to the Democratic Party. Only George Soros has been more generous to the party over the past few election cycles.

But wait, there is more. FTX appears to have been involved with shifting money to Ukraine through its crypto exchange. Why money was going to crypto and then being converted into Ukrainian currency is a mystery. It is not as if Western governments lack access to banking. They simply had to buy hryvnia from the Ukrainian government and then deposit it into Ukrainian banks.

That is where things get interesting. Those dollars are somewhere. Initial reports suggest that lots of those dollars made their way to the FTX exchange for reasons no one has explained. Since FTX was using customer deposits for its own purposes, like buying influence in Washington through donations to Democratic politicians, it is not hard to see where this could be heading.

Money flows into Ukraine and some of it ends up in FTX, which then pumps it into the accounts of politicians friendly to Ukraine. It appears that another member of the FTX squad was funneling donations to Ukraine-friendly Republicans. Given that Ukraine just tried to start World War III by claiming that a Russian missile struck Poland, it is not too big of a stretch to think they were running an influence racket through FTX.

Of course, when you are talking about crypto, things can get murky. Initial reports say that at least half a billion in crypto disappeared from the FTX ecosystem when word got out about the firm’s financial troubles. Reportedly, there may have been some back doors built into the system to conceal transfers. The suspicion at the moment is that the founders grabbed what they could before the collapse.

There is another possibility, too. FTX was not a company, but an ecosystem with more than a hundred companies controlled by the ten owners. This is a classic pattern in money laundering schemes. You shift funds through what looks like legitimate transactions until regulators lose the scent. What comes out the other end is the illegal cash now looking like legitimate income for the criminal.

In other words, FTX may have been a money laundering scheme, rather than a crypto exchange gone bad. This brings us back to the Ukraine matter. During the Trump years, his people started sniffing around the Ukraine issue, specifically the Biden family’s financial ties to the country. At that point, the Democratic Party launched its second impeachment drive, this time getting a trial.

FTX was founded in 2019, the same year Trump was impeached over Ukraine, which may be a huge coincidence, but probably not. Add in the fact that Ukraine has a bizarre amount of influence over policy in Washington, and a reasonable person can start to wonder if the FTX-Ukraine link is central to the story. Perhaps FTX is just another corrupt tentacle reaching into Washington from Ukraine.

At this point, this is all speculation. John Ray III has been installed as CEO of FTX with the job of unraveling the scheme. He had this job with Enron, which until now has been the benchmark in financial corruption. Ray’s initial filing states that “he had never seen such a complete failure of corporate controls and such a complete absence of trustworthy financial information as occurred here.”

Obviously, given the massive corruption in Washington, it is unlikely that Ray will be permitted to fully expose what happened at FTX. Even so, it suggests that things at the top are not under tight control. This ridiculous scheme never should have been allowed to happen, even excluding the political aspects. If it is what it appears, it reaffirms the sense that the political class is thoroughly and completely corrupt.