The Church of COVID 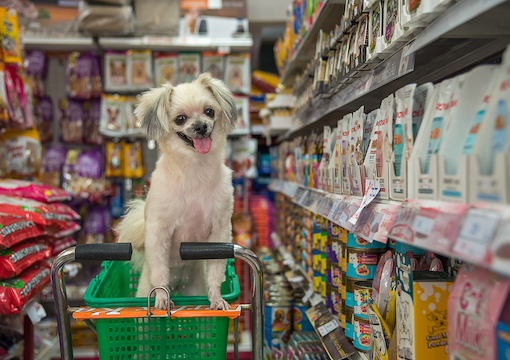 Pet Valu, the specialty retailer of pet food and supplies in the U.S., announced it was closing all of its 358 stores by year’s end. Like many retailers, they cite the COVID-19 panic as the reason for their failure, even though other retail pet-supply companies have actually seen a boom in business. People are home with their pets more now, so they are indulging their dogs and cats more than usual.

One reason Pet Valu suffered, while others boomed, is they embraced the cultural aspects of the panic. Rather than begrudgingly going along with the nutty rules cooked up by local tyrants, Pet Valu made a point of being on the cutting edge of the Karen revolution from the start. They wanted the world to know they were not just selling cheap cat food. They really cared about you.

Their stores were festooned with signs telling the world that they cared about the safety of the customers and employees. After all, “we’re all in this together” and “it is about being safe” during these “uncertain times.” Employees were instructed to repeat these slogans to customers, who were allowed into the store one at a time. Those employees operated behind barricades of Plexiglas.

It turns out that treating your customers like plague carriers is not the best way to draw people into the store. Human beings are not far from our primitive past, so we still sense danger when things are amiss. Going into a place where everyone is carrying on like the end is near triggers the flight instinct. Pet Valu made themselves a bright, flashing warning sign and people responded accordingly.

“It turns out that treating your customers like plague carriers is not the best way to draw people into the store.”

There are other factors involved in their demise, as other retail chains joined the Church of COVID and lived to tell about it. Pet Valu was the small player in the pet-supply business, and in this manufactured panic, the big fish are either eating the little fish or making it so they die on their own. Another year of this and the retail space in America will be reduced to a handful of global players like Amazon and Walmart.

That is the real story of COVID-19 in America. The public-health issue stopped being an issue in the spring. The issue now is how it has become another weapon in the hands of the ruling class. Eric Hoffer observed that in America, “What starts out here as a mass movement ends up as a racket, a cult, or a corporation.” He made that observation a half century ago when America was still a country.

Hoffer, of course, assumed it was one of the options, not all three combined like we so often see today. COVID is now a religion for the people wearing masks in the car or out for a stroll in the park. These are public acts of piety, telling the world that the person with the decorative face muffler is a true believer. Like the grimy canvas sacks they use to tote their groceries, the mask is a moral signifier.

Of course, COVID is a business and a racket, as in modern America the difference between a business and a racket is hard to tell. As soon as COVID-19 became known to us, the race was on to exploit the situation at the expense of the public. Politicians used it to turn themselves into petty tyrants and scolds. Big business saw it as a way to eliminate the competition, and their financiers saw the chance to increase their skim.

You see this in the news stories about the retailers and restaurants closing due to the COVID panic. It is the best of times for the retail oligarchs like Walmart, Target, and Amazon, while the smaller players are going bust. The chain restaurants have figured out how to implement “contactless delivery” and other mechanisms to comport with the ever-changing regulations, while the little guys have all closed.

Regulatory capture is when regulatory agencies are dominated by the industries or interests they are charged with regulating. The public crisis has now become an extension of this practice. Every new crisis means new rules created with the help of the big players, which coincidentally benefit from the new rules. The COVID restrictions will be permanent, because they are an essential element to the racket known as American capitalism.

Note that the media never mentions the employees. Pet Valu probably had 10,000 employees who are now jobless. Their health and welfare are no longer of interest to the ruling class, so those topics are never discussed in the media. Instead it will be a parade of mediocrities spouting Austrian school talking points about the invisible hand of the market and the glories of the free market. The media is just another racket.

As Juvenal observed, the people will tolerate just about anything as long as they are fed and entertained. This has always been true of America. The ruling class could get away with murder as long as the standard of living kept rising. The question lurking behind the store closings and shuttered retail areas is how will the ruling class keep the people fed and entertained while they loot the economy?

No one seems to be worried about it. It is a reality they think will go away if they just stop believing in it. Those massive crowds of heritage Americans coming out to see Trump barnstorm the country in the final week of the election did not register. The people in charge gleefully rigged the election to install a dementia patient as president. It is as if none of that happened. The racket just rolls on.