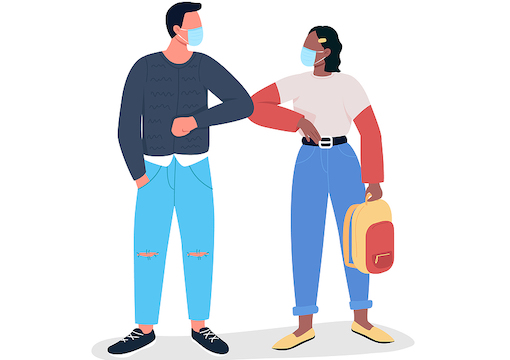 The concept of a simulated reality or an alternative reality has been popular in science fiction since the earliest days of the genre. Either the protagonist falls though a portal into an alternative reality, usually similar to his own, or he discovers that he is living in a simulated reality controlled by others. The goal in both scenarios is to discover the actual reality and who is behind the deception.

Inevitably, that is the point of the alternative reality. The point is to deceive people so they do not notice something important to the deceivers. The movie The Matrix put this to good use by having the protagonist wake from a computer simulation to learn that he had been living in an artificial world. That world was created by the machines that had destroyed human civilization and enslaved humanity as batteries.

The enduring popularity of The Matrix and its many concepts like red pill and blue pill is due to the fact it touched on a reality of this age. That is, many people think there is something off about this world. People are trapped in hyperreality, an inability to distinguish reality from the simulation of reality experienced online. The world of the internet and mass culture crowds out actual reality for many people.

“People are not working from different opinions, but from entirely different understandings of reality.”

This is, in part, why we see so many people walking around staring at their mobile device, rather than experiencing the world around them. A group of people sitting at a dinner table will be staring at their phones, maybe even texting one another, because that online reality feels more real to them than actual reality. Human relations have become entangled in the simulated online reality to the point where they come to define reality for people.

You see this with the intensely online left. This is a closed world that operates by its own internal logic, independent of reality. These are people who interact with other members of the subculture on platforms like Twitter. Their outside sources are blogs and news sites that cater to that subculture. A few years ago, someone tried to quantify this subculture and found it was a closed society. These people are immersed in a fantasy world of their own creation.

When you examine the online left, you begin to see what can best be called the “many false realities” problem of modern technological societies. For these people, the prospect of Hitler magically appearing to enslave humanity is more real than their daily experiences in the regular world. They are motivated to act by the imaginary things they experience online, but unmoved by observable reality.

The “many false realities” problem of modern technological societies has been brought to the fore by Covid. For most people, the virus has played no role in their life, other than the disruptions to their daily life by government policy. Most people know Covid to be local politicians giving speeches about something that may not even exist, while imposing restrictions that have no connection to reality.

On the other hand, the people in the government offices have experienced Covid as a genuine national emergency. It has been their war. Not a private war, but one shared with the other people in the government offices. They check numbers and listen to the latest reports from experts. Even though they are safe and warm, they are sure there is a war raging in the streets to defeat this terrible virus.

In the United States, this divergent reality has been made even more plain by the fact that many states did not put on the VR goggles and play Covid. Florida bypassed the mask and lockdown stuff and simply took some reasonable steps to make sure the hospitals had what they needed to treat the sick. Everyone else went about their lives as if Covid was just a bad flu season.

This is in stark contrast to states like California that dove headfirst into the alternative reality of the pandemic. For their political class, every day was a life-and-death struggle to save their people from the Covid monster. For the typical resident, it was one bizarre new policy after another, usually preceded by bizarre statements from politicians entirely disconnected from the reality of their constituents.

Of course, many rank-and-file people happily entered the Covid matrix. Early on there were the women yelling at people in grocery stores about being safe. They embraced the lockdowns with the enthusiasm of a gamer getting a shot at the latest release of his favorite online game. These are the people stubbornly sticking with the mask-wearing after everyone else has dropped the charade.

It has been tempting to explain these divergent realities over Covid as mass psychosis, cynical ploys by power-mad politicians and cash grabs by the usual greed-heads, but the better answer may be that we now live in multiple realities. Mass society, rather than fusing us into a monoculture, has balkanized us into alternative realties. Those realities provide the spiritual nourishment that consumerism cannot provide.

Take this story from a writer in Quebec. He went on holiday in Florida and was nearly broken by the conflict between realities. He is a Covidian living in a place that has embraced Covid as their preferred reality. In that reality, people are falling over dead in the streets if they dare remove their mask. In his reality, everyone is frightened and dutifully following the instructions of their leaders to fight this terrible plague.

He finds himself in Florida where no one cares about Covid. Rather than wearing masks and dousing themselves in sanitizer, people are partying and rubbing elbows at busy bars and clubs. His wearing three masks in public is as ridiculous as wearing an ornamental codpiece. His entire post is a long struggle to square the hyperreality of his life in Quebec with the physical reality he experienced in Florida.

You will note that his experience with actual reality did not lead him to question the false reality of his life in Quebec. In fact, you sense that he found a way to use his experience outside the simulation to prove that the simulation is real. He was happy to be home, not just for the usual reasons, but so that he could get the constant reinforcement from others who prefer the simulated reality.

Interestingly, his testimonial follows closely something observed with UFO cults in the book When Prophecy Fails. His return home to his preferred reality brought him to step 5 in the process observed in that study. When he was struggling to maintain his beliefs in the face of undeniable disconfirmation, it was the support of fellow believers that allowed him to maintain those beliefs.

Mass technological culture is balkanizing people not along the lines of normal human identity, but along artificial lines. People are grouping into artificial constructs like pro-vaccine versus anti-vaccine. The people riding alone in their car with three masks exist in a different reality from everyone else. These virtual identities are as real as race, ethnicity, or religion in the real world.

That writer from Quebec trusts the “facts” of his simulated reality more than his own eyes, which means there is no way for him to find some middle ground with the people in Florida living their reality. Play this out over every aspect of the mass culture and it is no wonder that everyone is howling for blood. What is at stake is not the petty prizes of politics, but the nature of reality itself.