The Cycle of Racial Madness 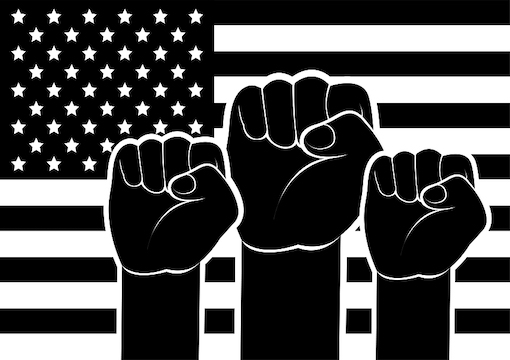 One of the interesting aspects to America’s obsession with race is the fact that the saltiest people on the race issue are the ones benefiting the most from it. Managerial-class whites get to live like white nationalists, while expressing their righteous indignation over white privilege. The talented tenth of blacks, living better than 90% of whites, are convulsed with rage over alleged racial inequity.

Here is a good example of that from a professional black person writing for a site called The Undefeated, which is supposed to be a sports website. The title of the article is “Doc Rivers and America’s Preoccupation with Black Failure.” Doc Rivers is a coach in the human flea circus called the NBA. The point of the essay is that America has an obsession with seeing successful blacks fail at whatever it is they are doing.

Most people reading this would find that claim to be rather weird. America has been drenched in a celebration of all things black for a long time. If there is not enough blackness in something as innocuous as a TV ad, there are demands that blackness be inserted, in order to counter white privilege. Despite being just 13% of the population, blackness is everywhere in America. It’s close to a religion now.

“If space aliens were observing Earth the last year, they would assume white people think black people are gods.”

It’s not just the endless sermons on the wonderfulness of blackness. Everywhere you look, the rules are bent to make sure blacks succeed. When they do succeed, the media carries on as if they invented pockets. The most trivial of black accomplishments is treated like a heroic achievement. If space aliens were observing Earth the last year, they would assume white people think black people are gods.

Roger Reeves, the writer of that piece, is a great example of the strange correlation between black success and black resentment. He is, according to his bio, “an assistant professor of poetry at the University of Illinois at Chicago. He is the recipient of a Whiting Award and a Pushcart Prize, as well as fellowships from Cave Canem, the National Endowment for the Arts, the Poetry Foundation, and Princeton University.”

One would think that someone with those credentials would take a moment to reflect on his good fortune. He might even wonder if maybe the reason things just keep working out for him, rather than lots of other people, is that white people giving him appointments and awards really want to see him succeed. That is, they don’t love seeing a black man fail, but really want to see black men succeed.

Now, some people lack the ability to reflect on their life. This is especially true of young men, who tend to be in too much of a hurry to stop and reflect. Still, he is a sports fan apparently and he starts his post with a reference to Ali and Frazier. A man with his credentials should probably know that Ali was treated like a king, despite his failings, while Frazier was treated like a dog.

Even putting aside his failed sports analogy, take a look at the third paragraph. “America prefers its Black men and women dead. And, if not dead, low. Abject. Strung out. And if none of these options are available, then, at least, failed.” Americans just spent the last year celebrating the life of a violent drug addict, who died in police custody, by encouraging blacks to burn down our cities.

George Floyd got three funerals, all of which were national news. His great accomplishment before he overdosed on fentanyl was that someone snapped a picture of him being restrained by a white cop. Statues are being erected to this criminal loser because he was black, while statues of Lincoln are torn down because the image could possibly hurt the feelings of blacks like Roger Reeves.

Of course, the first paragraph of that post offers a hint as to why Doctor Rogers is unable to notice these things. He is not very smart. His writing is what you would expect from a middle schooler. If he had started his post with “It was a dark and stormy night,” it would have been an improvement. He is a published poet, in addition to being a poetry professor. This is a poem from his first published collection:

Look, the wind’s causing the corn to chatter.
A mule slips through the gossip like a tongue.

Once, I let a ghost ride me over a row of pews
like a harvest wagon rides a mule. Once, I was
a soft tongue pressed against your collar bone.

It broke. And there was no honey inside the house.
And Indian summer had finally quit,

committing suicide in the stream out back.
But let’s forget the three-legged foal I shot,

out behind the barn. Listen to the corn
husk scuttling along the road in this fog.
Pretend this is the first time you’ve seen me

reach into the hollow of a tree and snap a comb
of honey from a hive. Let’s pretend it doesn’t sting.

In the English language, poetry is supposed to possess certain qualities like rhyme and meter, but most of all it must make some sense. “I let a ghost ride me over a row of pews like a harvest wagon rides a mule” is what critics would call gibberish. Even allowing for the fact that modern poetry has collapsed into self-indulgent nonsense, this does not even qualify as echolalic babbling. It is meaningless word salad.

That is the key to understanding the resentments of the talented tenth. At some level, Roger Reeves knows he is nothing more than a decoration for the managerial-class whites who have manufactured him. Instead of wearing a red waistcoat and holding a lantern, he publishes authentic African gibberish for the benefit of whitey. He would probably be happier holding the lantern. At least it would be honest.

This is the reason race relations only grow worse. The more that the managerial-class whites ornamentalize people like Roger Reeves, the more resentful they become at the white world that has created them. Seeing their creation angry at them, the whites in the managerial class redouble their efforts to create the grateful black prince who will absolve them of their sins. It is a cycle of racial madness.

If this cycle were being played out behind the walls of ruling-class enclaves, it would probably not matter very much. Instead, it is happening on the public stage. The result is a growing resentment for both sides of this dynamic. There will be no black prince to absolve the ruling-class whites of their sins. What comes next is a public ready to do what must be done to break this cycle of madness.