The Death of Civic Nationalism 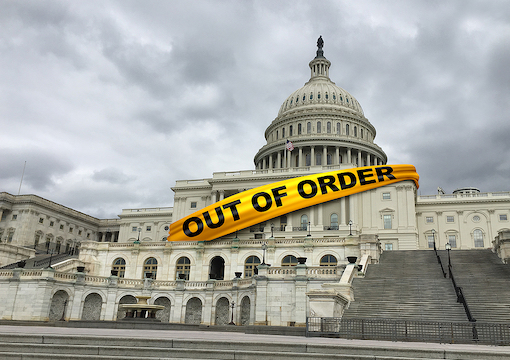 For as long as anyone can remember, to be a conservative meant embracing what is today known as civic nationalism. This is a form of nationalism that champions the traditional liberal values of individual liberty, equality before the law, tolerance of cultural diversity, and individual rights. Unlike old-school European nationalism, civic nationalism is divorced from biology. As Ben Shapiro would put it, nations are just ideas.

Today, the term “civic nationalism” is a way to distinguish the old-school conservatives from the new Dissident Right that has risen up over the past decade or so. The civic nationalist is convinced he can find some way within the rules of the system to unriddle the puzzle of progressive control of the institutions. After every defeat, he commits himself to vote harder and wish harder. He never loses faith in the system.

The late Sam Francis, a man who could arguably be called the father of the Dissident Right, observed almost a half century ago that it is this commitment to the system that would be the undoing of the conservative movement. In order for them to have a place at the table meant playing by the rules, but those rules were controlled by their opposition, so the rules would always prevent them from succeeding.

“This past month we got what may be the kill shots for civic nationalism.”

Francis, of course, was correct in his prediction. If one were to conjure an image that represented the conservative movement, it would be a group of middle-aged white guys grinning like chimps while standing in front of an empty trophy case. Conservatism has become a mystery cult that champions people like Mitt Romney and makes the “conservative case” for the latest progressive cultural fads.

The thing that Francis and his paleoconservative followers never grasped about the Buckley project was that it was vital to the success of the left. Conservatives operated like an electric fence, keeping sensible white people from wandering off into unapproved domains of thought. Conservatism kept middle-class white people believing in the system and the institutions, all of which are controlled by the left.

The story of the past forty years is civic nationalists trying to figure how to make the system work to their advantage. They did not get what they wanted from Reagan but were told it was because the Democrats controlled Congress. In the 1990s, they put the Republicans in charge of Congress. When that did not work, they were told it was because a Democrat was in the White House.

Finally, at the turn of the century the dream was realized. Conservatives controlled the House, the Senate, and the White House. Not only was Bush a conservative, but he was also an evangelical Christian who liked to talk about Jesus in public. The great fusion of cultural and economic conservatives had been made real. The result, however, was the complete opposite of everything middle-class whites had been told about conservatism.

The last fifteen years have been a long coming to terms with the reality of conservatism and the system that it champions. The Republican Party found itself on life support at the end of the Bush years. The Tea Party Movement was a grassroots effort to pump air into the conservative circus tent, but that failed. The Trump insurgency was a last desperate attempt to make the system work, but it also failed.

The denouement of this long story arc is the events of the past few months. It started with the massive election fraud, then was followed by the outlandish reaction by the establishment to the peaceful protests in January. Demanding that Americans exercising their rights be treated like terrorists has been an eye-opener for many. The images of Washington ringed with troops and razor wire have shocked millions.

This past month we got what may be the kill shots for civic nationalism. The first item was the coordinated effort to suppress speech online. The tech oligarchs not only cleaned their platforms of Trump supporters, they also shut down the one explicitly conservative platform. Parler was celebrated by all the bigwigs of Conservative Inc. Then the oligarch shut the site down and conservatives did nothing.

Last week a handful of wealthy hedge fund managers forced the trading platforms to rig the market to save them from their bad bets in the market. This is one that struck the white baby boomer in the groin, as they are deeply plugged into the markets. They obsess over their 401(k)s to the point of distraction. They watched in horror as a handful of plutocrats with the help of the White House rigged the market to save the short sellers.

Alongside this was news that the FBI had arrested a young man for the crime of making fun of the left on Twitter. Douglas Mackey was the man behind the account “Rickey Vaughn” during the 2016 election. He was a prankster who was Trump’s biggest supporter during the Republican primaries and the general election. He went dark after being doxed, but the left never forgets, so they had him arrested last week.

What we are witnessing is the death of civic nationalism. While individual liberty, equality before the law, and individual rights are laudable concepts, they are no longer a part of the people’s reality. In fact, there is growing suspicion that civic nationalism was always a lie. It was a way to keep middle-class whites from seeing who was subverting their society and corrupting their culture.

The death of civic nationalism is no small thing. The managerial elite has depended upon it for generations. The managerial class relies upon middle-class whites following the rules and believing in those rules. Just as the slave owner relies on the slaves accepting their condition, the managerial class depends on the white middle class to support and defend the liberal democratic order.

While it has been a wild few months, it promises to get crazier. No one really knows what will happen when the white middle-class collectively decides the system is hopelessly broken. The Tea Party Movement is a good example of how quickly these people can organize when motivated. Now that Conservative Inc. is on the enemy’s list, they cannot be counted on to subvert the next populist movement.

When the people are up in arms over a policy or the behavior of an officeholder, that is not a threat to the system. It is a defense of the system. Implicit in the demands for a change in policy or for someone to resign is a faith in the rules. People outraged by the rules, by the system itself, are a very different thing. They are a direct threat to the system; one the managerial class has never had to face. No one knows how they will respond, but the results so far suggest it will only make things worse.