The Death of Free Speech 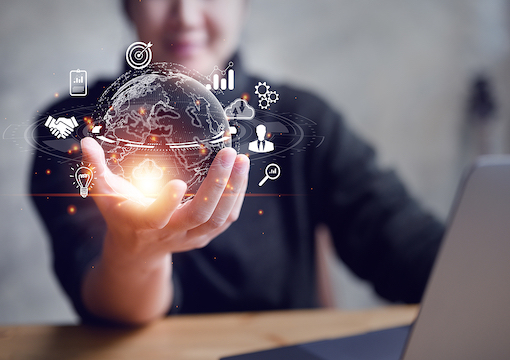 One of the useful things developed by economics is the concept of revealed preference, which states that behavior is the best indicator of preference. This was first formulated by the neo-Keynesian economist Paul Samuelson as an observation about consumer behavior. All else being equal, people will reveal their true preferences by how they choose to spend their money for goods and services.

This is one of those bits of old wisdom that everyone knew and then suddenly forgot when it came to economics. It required a lot of suffering to remember it again. It turns out that human progress is a great leap in technology along with a period of amnesia with regards to the human condition. What follows is a long painful process of remembering those truths that the prior age took for granted.

We are in one of those periods again. The microprocessor unleashed a torrent of technological change. Much of it was ornamental, but some of it was truly novel, which triggered our collective amnesia about the human condition. It seems ridiculous now, but at the dawn of the internet age people thought it would usher in the long-promised age of democratic tranquility and equality.

“There is nothing more frightening to the beautiful people than having their illusions of themselves lampooned by the hoi polloi.”

Instead, America has become despotic and authoritarian. If you could transport fascists from a century ago to this age, they would assume that fascism had carried the day in the great ideological wars of the 20th century. Everything in American life is now controlled by a partnership between capital and the state. The one puzzle would be the labor chair occupied by the blue-haired Antifa harpy ranting about trans rights.

It took until 1938 for industrial-age man to remember what people knew since the time of Christ: that deeds matter more than words. At the late stages of the microprocessor revolution, we are learning that lesson again. It is not what people say that matters, but how they act. Their behavior reveals what they really think and what they prefer and not just in their consumer activity.

The great example of this is playing out in the Twitter drama. Since the explosion of post-Marx culturalism began at the turn of the century, the great and the good have been lecturing us about the glories of democracy. America stopped being a republic and became a democracy, our democracy. Not just any democracy, but one organized around defending our democracy from the opponents of democracy.

When the court ruled that the Florida Democratic Party was not allowed to change the election rules to give the presidency to Al Gore, the beautiful people went bonkers, claiming it was a threat to our democracy. What they really meant was that it was a win for those dirty Christians they hate so much, but that is too on the nose. Instead, they said Bush winning an election was a threat to democracy.

That should have been a warning about the whole democracy business. Eight years later a complete nobody won the White House and we were told that it was a triumph of democracy. Eight years after that, one of the most famous people in the world beat one of the most hated people in the world and they said that was an existential threat to democracy, one that required rigging the next election to save democracy.

This is where the Twitter drama clarifies things. Founded in 2006, the simple-to-use platform became popular with journalists, who tend to struggle with anything too complex for a toddler. It did not happen right away. Twitter was just another internet novelty until the Obama years. This is when every hipster Obama fan in the media discovered they could instantly signal that virtue on Twitter.

All of a sudden, they could easily go online and speak truth to power. By power, they meant the millions of people who were not fans of Obama. Twitter was where the cool kids could make sport of the rubes in flyover country. Of course, the audience could also go on the platform and have an equal chance to speak truth to power. Twitter quickly became digital democracy!

That was the problem; it did not take too long before the beautiful people noticed that the rubes in flyover country were good at mocking their betters. The Great Awokening was a response to the great digital awakening. Suddenly the Dirt People could see that their betters among the Cloud People were callow simpletons. Better yet, they could easily let those callow simpletons know it in 150 characters.

Of course, in the name of democracy, the great censuring began. Comment sections began to dry up or get heavily moderated. Social media launched trust and safety committees, because there is nothing more frightening to the beautiful people than having their illusions of themselves lampooned by the hoi polloi. What followed has been a series of pogroms against anyone questioning official narratives.

Democracy requires not only a robust public debate, but it requires the participation of all voices. As the philosopher of democracy Robert Dahl explained a generation ago, the first prerequisite of democracy is effective participation. “All members ought to have equal and effective opportunities to make their views known to other members.” This is what made Twitter feel like the full expression of the democratic ideal.

It is also why Twitter could not be allowed to exist as an open space for people to debate the issues of the day. The people in charge do not want democracy, and this is made clear in their behavior. Their revealed preference is for authoritarian oligarchy exercised through the managerial class. The public needs to shut up and follow orders while the people in charge dictate policy and the moral order.

Elon Musk buying Twitter in order to restore it as a free-speech platform will most likely break the glass on this democracy business. Google, Apple, and Amazon will reimpose censorship on Twitter, if Musk even bothers to lift it. He did not become the richest man on earth by not understanding the nature of power. It is his exploitation of power relations that has allowed him to become an oligarch.

Even if he has taken a blow to the head and tries to challenge his fellow oligarchs on the issue, he will be crushed. Maybe someone should tweet the obituaries of Leonid Shulman, Alexander Tyulakov, Mikhail Watford, Vladislav Avayev, and Sergey Protosenya to Musk on Twitter. Oligarchical systems will always defend the system against oligarchs who threaten the system.

This is all bad news for those still lighting candles for the return of free speech, but it does come with a consolation prize. The war to prevent Musk from opening Twitter back up will put an end to the democracy business. Even the dullest civic nationalist can plainly see that the people in charge have zero interest in letting the public decide much of anything. Their revealed preference is for authoritarian control.

That is the good news in all of this. We can stop pretending that we will talk our way out of the catastrophe that is liberal democracy. The death of free speech means the death of democracy and the fantasies that sustain it. Authoritarian systems must be pushed into the abyss along with the authoritarians that support them. That does not happen on Twitter or at the ballot box.