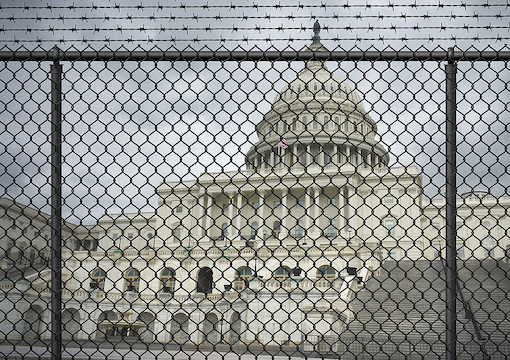 Imagine it is the 1980s and a collection of mad scientists searching for the secret of eternal life put a typical progressive into a cryogenic state. The lefty does not want to wait for the glorious revolution, and she wants to be young enough to enjoy the paradise the prophets of her faith have promised. One thing leads to another, and she remains an unsavory popsicle until she is thawed out in the current year.

The first thing our defrosted lefty would note is that the modern aesthetic is something like 1950s East Berlin. Modern America is an ugly place. The most popular car colors are black, gray, and white. They all look the same, too. An American parking lot in the 1980s was a circus of colors and shapes. Today, it is row after row of the best ideas from the worst people, all in the name of efficiency and utility.

Our proletarian popsicle would probably assume the communists won the Cold War and imposed their aesthetic on America. After all, the main selling point against communism was the freedom and creativity of the capitalist West. In America, you could let your freak flag fly, and no one could tell you otherwise. The dreary sameness of modern America could only be the result of losing the Cold War to the communists.

“The thing that would be most confusing to our time-traveling lefty is the strange new political alignments.”

The thing that would be most confusing to our time-traveling lefty is the strange new political alignments. The Cold War progressive would recognize the modern left, but assume it is the modern right. The aggressive defense of global capital, the hard defense of order, the corporatism. These are things that were on the right half a century ago, but today they are the defining qualities of the left.

So-called conservatives would be a baffling mess to our unfrozen lefty. Their embrace of libertine culture and libertarian economics was what left-wing deviationists were pushing at the end of the Cold War. This was what came to define the new Democrat that hatched from the Renaissance Weekend movement. National Review now reads like Von Mises Center for Transgender Studies.

Most likely, our unfrozen lefty would want to go back into the deep freeze, which is what many Americans are feeling this Independence Day weekend. What is happening right now is a great realignment culturally and politically. Those old rules that grew out of the Cold War, which stopped making sense after it ended, are finally starting to collapse under the illogic of their existence. It is why nothing makes sense at the moment.

The ideological battles of the 20th century were rooted in a political economy that no longer exists in the 21st century. Socialism, capitalism, fascism are all ideologies born out of the Industrial Revolution. They were also reactions to one another. The fascists were a reaction to the internationalist agenda of the communists. Marxism was a reaction to the excesses of industrial capitalism.

The winner of the late industrial age war of ideas was liberal democracy, a governing ideology wholly unsuited for the current age. This is why our politics are increasingly incoherent and agitated. Conservatism, for example, with its knee-jerk defense of big business, makes no sense when it is big business driving the culture war. The left’s old anti-corporate stance is laughably insane when they all work for giant corporations.

One reason for this disorder is that information has supplanted capital as the basis of political power. The titans of modern industry do not rely upon a monopoly of capital, but rather a monopoly of information. Wall Street controls the global financial system, which is just an endless stream of information. They make their money through informational asymmetry, which allows them to skim a little from every transaction.

Silicon Valley has a monopoly of social capital now. Every call, every text message, and every email is theirs to use as they see fit. This allows them to derive information about the public and use it for financial and political advantage. Tucker Carlson worries about the NSA when he volunteers to carry around a tracking device that records his every movement for the benefit of the Silicon Valley oligarchs.

The great class struggle among white people has also stopped making sense. The old left-right conflict of the prior era manifested itself as a battle between the working and upper classes. The white middle class in America, for example, operated as a ballast and referee. Both sides of the political class courted them in elections, while making promises to their base in the other classes.

The great divide in this age is demographics. America is increasingly nonwhite and headed for majority-minority status. The politics reflected the old demographics, which was 80% white. Fretting over minority rights, for example, makes no sense in a world where everyone is a minority. It makes even less sense when a unique minority is the ruling elite and has total control of the institutions.

The ruling elite has evolved a colonial mentality in response to the crisis, but white people are increasingly embracing demographic reality. The uproar over critical race theory is an omen of what is to come. This intermediate conflict is between a ruling class that thinks it can keep feeding the alligator, hoping to be eaten last, and a public that has no desire to be erased from the book of life. Demographic reality is the new class struggle.

This July 4th, America finds itself in the middle of a great interregnum, a transition period between the old order and the new order. The reason the buildings that symbolize the political institutions of America remain behind layers of razor-wire fencing and armed guards is not a fear of insurrectionist soccer moms. Those barriers exist as a bulwark against the inevitable, protecting an ossified and obsolete political elite along with the political system that maintains them.

Predicting the future is always a mug’s game. Just as our frozen lefty would be stunned to see how history unfolded, we will be shocked to see what comes after this great interregnum. Therein lies the reason to celebrate. The current crisis environment is a transitory state. It cannot last and everything that cannot last eventually comes to an end, usually sooner than anyone expects.