The Dionysian Theater of Democracy 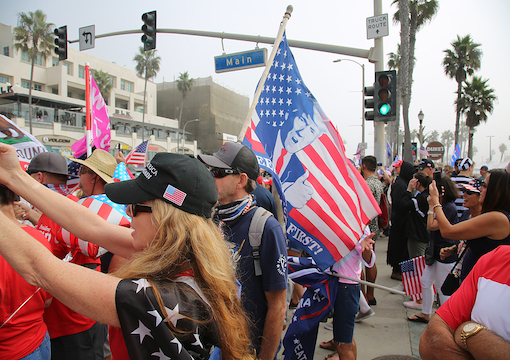 One of the features of liberal democracy is it turns the natural virtues of a people into vices that help the beneficiaries gnaw away at the social fabric. The manufactured consent that results from every election inevitably rewards the tiny minority that controls the system at the expense of the majority. Worse yet, it gives this the imprimatur of popular support through the election results.

The obvious example here is the 2016 election that landed Donald Trump in the White House instead of the universally hated Hilary Clinton. Advocates for voting harder said this was proof the system works. The people were unhappy with the direction of the establishment, so they voted for an antiestablishment guy. The election of Donald Trump was proof that voting is the answer.

Of course, the establishment spent his entire presidency making sure that nothing would come of his upset victory. When his demise was sealed in the laughably suspect 2020 election results, these people rushed forward to claim that it was proof that the people were sick of this madman. The establishment undermining the democratic process was proof that democracy works.

“It turns out that democracy only works when the people in charge make sure it works to their benefit.”

The irony here is that while claiming Joe Biden is the most popular man in human history, a living rebuke to the anti-democratic forces of Donald Trump, they have been waging a pogrom against the forces of Donald Trump to make sure he does not win the next election. It turns out that democracy only works when the people in charge make sure it works to their benefit.

It is easy to get distracted by the personalities involved, but taken together they are a microcosm for the problems of the American system. The stated point of the political system is to make it highly responsive to the will of the voters, but temper that will with the limits of constitutional order. The people get what they want, but only up to the limits outlined in the Constitution and the body of law that springs from it.

In reality, the system is entirely unresponsive to public will. The reason people voted for Trump in the Republican primary was they hated everything the GOP had become over the last decades. This lesson was entirely ignored by the party. The reason Trump won the general is the people were revolted by Hilary Clinton. Both parties not only ignored these messages, they mocked them.

The last two presidential elections have been the result of a process that started after the Cold War. The two parties have divided up the electorate into fiefdoms. This allows them to share power, with one party having limited control over one branch for a while, then turning power over to the other party. The House, for example, will no doubt flip to the Republicans in the 2022 midterm elections.

When you look at what will really happen in the midterm election, you see why it is best described as a ceremonial change in control. According to the Cook Political Report, “just 16 of 435 districts crossed over to vote for presidential and House candidates of opposite parties, down from 35 in 2016 and 108 in 1996.” There are maybe 25 House seats that could plausibly change hands in 2022.

If you dig into the partisan divide of House districts, what you will find is that very few seats will ever change parties, which is why incumbents win over 90% of their races. Of the 435 seats in the House, the two parties control close to 400 of them. Even accounting for changes in demographics and public sentiment, there are a maximum of maybe 85 seats that require party attention.

What this means is that the seats controlled by the parties will never have someone in them that is not fully vetted by the party. They get the seat because they will do as the party demands and in exchange have a seat for life. When Nancy Pelosi finally keels over, her replacement will be selected by the party for that seat. The freaks who line up to run will be dispatched so that the path is clear for the party candidate.

Counterintuitively, the seats that are listed as competitive will turn out to be the least competitive from an ideological and partisan perspective. A district that is 50­­­–50 will select a winner that is not offensive to the other side. Both parties know they need someone who has some appeal to the other side, so they seek out those who are good at playing both sides of the partisan divide.

Even if the people are so enraged at the establishment, they find a Donald Trump or Bernie Sanders in all of these competitive races, the result will be a minority caucus within the majority party of the House. If 85 Trump clones win in 2022, they will be a marginalized and ignored minority in the Republican Party. This has been the reality for genuinely conservative members of the GOP since 1994.

This is what the Squad is experiencing in the Democratic Party. They can make noise and get on TV, but they have no power in their own party. The best they get is to be a cat’s paw the leadership uses to harass the other party. Like the elections, this is mostly ceremonial, just a part of the theater of democracy. In the end, the leadership of the parties settles on a bipartisan deal that pleases their donors.

When people say the system is rigged, they usually mean that the parties rig the election results to get their guys in office. That certainly happens, but the real shenanigans are further upstream at the party headquarters. They work in tandem to maintain the two-party system, preventing a legitimate challenger, and they work together to maintain a consensus in Washington. That is where the game is rigged.

Even more devious, the frustration that arises from the unresponsiveness of the system makes the voting public more partisan. This is why the number of competitive seats has steadily dwindled over the last few decades. The unhappier people get, the more willing they are to accept the partisan narrative. Blaming the other side is easy and it seems to explain why the will of the people is always thwarted.

This makes people less open to appeals from alternatives and much more willing to vote for one side, as that gives them a chance to spite their enemies. The result is two camps locked in a fruitless struggle. Instead of the House being the most dynamic branch of government, it is now the least dynamic branch. We live in a tyranny of the minority exercised through the manufactured majority of party politics.

This immunity to the public will is why voting has had no impact on policy. In 2014, researchers looked at 1,800 policy issues over a twenty-year period. They examined the results of those policy disputes and compared them to public attitudes. What they found was that there was no connection between election results, public opinion, and the final policy outcome. Voting has no impact on public policy. It is purely ceremonial.

People vote because they think it is the right thing to do, so they stick with it even when they have concluded that the parties are corrupt. In 2022 disgruntled Republicans will turn out to vote against the party of Biden. That will make them feel good as they stand in line for expensive food or fill their tank with five-dollar gasoline. The Dionysian theater of democracy will allow them to vent their rage safely and impotently.

Meanwhile, the people in charge will continue doing what they want, safe in the knowledge that they are immune from the public will. John Adams said, “There never was a democracy yet, that did not commit suicide.” What he could not know is that democracy is tricked into killing itself by a clever minority that skillfully turns their virtues into vices to the benefit of the minority.