The Draining of Ukraine 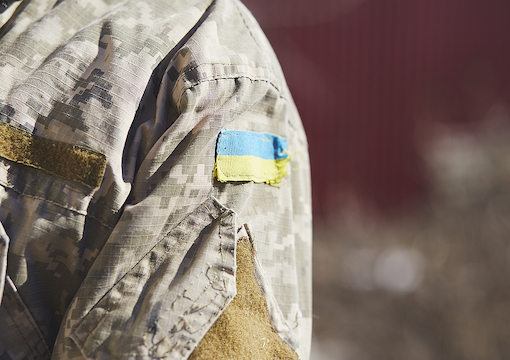 Lost in the tsunami of disinformation from Western media about the war in Ukraine is the fact that the Ukrainian army has performed quite poorly. If your source of truth is The Washington Post, you probably think Zelensky is leading his army into Moscow and will have Putin in chains by Christmas. The public relations war has been a stunning success for Ukraine and its Western backers.

On the other hand, if you know how to read a map, you will see that Russia has annexed four areas of Ukraine that are roughly the size of Hungary or half the size of Great Britain. The last census in these areas counted over 8 million people, but a decade of war makes it hard to get an accurate count. Regardless, in six months the Ukraine has lost a lot of land and people.

By any measure, losing 15 percent of your territory is a bad result. It is even worse when you look at the military situation to start the war. Ukraine had an official army of just over 600,000 men, with about half capable of combat. The rest were a mix of territorial defense forces and untrained reservists. These forces were somewhere between an American National Guard and a local police force.

“Despite having numerical superiority, better defenses, home-field advantage, and hundreds of billions in support from the West, the Ukrainian army is nearing the breaking point.”

Even so, Ukraine started the war with the second-largest army in Europe, and it had been fighting in the Donbas for eight years. Added to this were the ultranationalist militias that formed in 2014. These were created in the wake of the revolts in the Donbas, which were in response to Washington toppling the Ukrainian government in one of its many color revolutions.

There has been a great deal of debate about the size and combat strength of these ultranationalist units. Some claim they numbered close to 80,000 at the start of the war, while others place the number down around 10,000. Even the Russians, who targeted these units first, were unsure of their numbers. These units also have a lot of foreign fighters and support from Western private military contractors.

Adding it all up, the best expert analysis says the Ukrainians started the war with about 400,000 men ready to fight. This is why the Russians decided to start their special military operation when they did. Their analysis said the Ukrainians were planning an offensive into the Donbas in the spring. With support from Washington, it was likely they would be able to conquer these areas and possibly even retake the Crimea.

Facing the Ukrainian army and its irregulars were two main fighting forces organized in the two provinces at the center of the conflict. Getting good numbers on these militias is difficult, but the best guess says the Donetsk militia numbered about 35,000 to start the war and Luhansk forces were around 15,000. The Russians brought in about 100,000 of its regular army plus volunteers from the Russian Federation.

Do the math and the Russian side of the war had about 200,000 men at the start of the operation and the Ukrainians had about 400,000. Further, the Ukrainians were dug into massive fortified complexes all along the line of contact. They had been pouring concrete since 2014, much of it around old Soviet defenses, built to prevent the West from ever attacking Russia through the Donbas.

It is an article of faith in modern military doctrine that an attacker requires at least a 3:1 advantage over a defender. In fact, NATO doctrine is premised on this. This assumes relatively equal abilities in fighting and technology. An army with a massive advantage in weapons technology can degrade the defender before engaging on the ground, which is what we saw in the last Iraq war. The Americans pummeled Iraq from afar before launching the ground phase.

The Russians had a technological edge over Ukraine to start the war, but nothing like the gap between America and Iraq. Further, unlike the American practice in various conflicts, the Russians did not attack civilian infrastructure. They left the lights on, the water running, and the internet going, so Zelensky could spend his days doing TikTok videos with the stream of celebrities visiting Kiev.

Despite having numerical superiority, better defenses, home-field advantage, and hundreds of billions in support from the West, the Ukrainian army is nearing the breaking point. Reliable reports from both Russia and Ukraine suggest they have lost 40 percent of their army in the war. They have lost most of the weapons supplied by the West, either through corruption or through destruction.

Again, if you rely on Western media, you will think the plucky Ukrainians have held off the big bad Russkies. Depending upon the narrative, the Russians are portrayed as either an elite army of super-soldiers or a collection of drunken peasants drafted into a war they do not support. The former is part of the sales pitch for new weapons and the latter is the sales pitch for continuing the economic war.

Reality is neither of those things. The Ukrainian army has been a failure in the field, despite Western support. To make matters worse, the Russians badly bungled their own deployment in the war. Many of their soldiers were on contracts ready to expire in 2022, so they immediately started to suffer attrition. Some estimates suggest they may have lost half their force due to expiring contracts.

The question is why have the Ukrainians done so poorly in this war? Probably the biggest reason is corruption. Long before the war started, long before Washington toppled the government in 2014, Ukraine was known as one of the most corrupt places on earth. The corruption was legendary. An army’s effectiveness reflects the society that backs it and, in this case, that society has African levels of corruption.

Another reason for the failure is bad tactics. War is about politics, and the Zelensky regime made the political decision to sacrifice people for territory, as that was the best way to sell the war to the West. Douglas Macgregor has been making the point for some time that defending every inch of Ukraine has frittered away the advantages the Ukrainians had at the start of the war.

A third reason for the failure in Ukraine may be the case of too many cooks trying to work in the same kitchen. The flood of weapons and money from the West has brought an army of private military contractors, private advisers, and advisers from NATO militaries. Then you have Western arms merchants using the war to test new ideas and observe the Russians. It is a circus of conflicting agendas.

In the end, the biggest mistake made by the Ukrainians was not heeding the words of Henry Kissinger, who said, “To be an enemy of America can be dangerous, but to be a friend is fatal.” Zelensky wanted to make a deal with Russia, but he was convinced that Washington was his friend. If he survives the war, he will learn that having America as a friend is like inviting Dracula into your home. At some point, you end up drained of your life force when America no longer needs you.