The Fight for Civic Nationalism 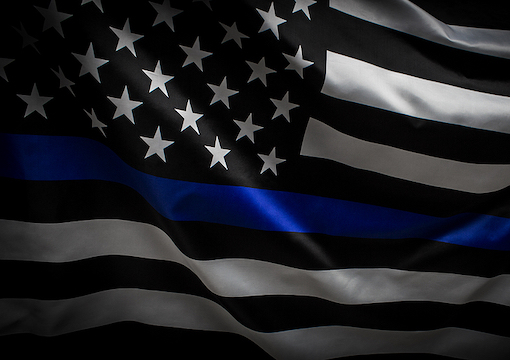 In the fullness of time, the past year may be looked upon as the year the future of America was decided in courtrooms. The Rittenhouse trial is the latest big court case to expose the massive cultural rift in the country. The Derek Chauvin trial in the summer was another example. There is the ongoing civil suit over the Charlottesville protests three years ago and the current Ahmaud Arbery murder trial.

What all of these cases and some others have in common is they are tests of the civic nationalist theory of politics. Civic nationalism is the argument that a country can be organized around a set of ideas, rather than people and land. The citizens, rather than connected by blood and history, are connected by ideas. In the case of America, the organizing ideas are in the Declaration of Independence and the Constitution.

“For a rule-based society to function, it must maintain an absolute intolerance of those who question it.”

The first test was a major failure. Derek Chauvin, the Minneapolis police office charged with the murder of George Floyd, was railroaded by the system and is now facing what amounts to life in prison. Whatever rules he may have broken, he did not intentionally kill the drug addict George Floyd. The rules of society so important to civic nationalists were no match for the left-wing lynch mob.

On the other hand, the Rittenhouse verdict looks like a big win for those who think the country is worth saving. John Derbyshire, a race realist, but also a staunch civic nationalist, says “This is a victory in the Cold Civil War—a win for normal citizens over the administrative state and all its powers.” The civic nationalists are celebrating this as a victory against the forces of darkness in favor of their view of the world.

The words “civil war” should be a reminder that the Confederacy won a lot of skirmishes and battles, but they lost the war. The lesson of that war was that the side that does not accept defeat usually wins in the end. The reason the trophy room of Conservative Inc. is empty is they always assume these small victories are definitive, while the other side uses them to redouble their efforts.

Here is Jerry Nadler demanding the DOJ step into the case. The Feds love swooping in after the fact with civil rights charges. They had those ready to go if the Chauvin jury ruled the wrong way. If the Feds are willing to unleash their domestic terrorism unit on parents of school-age children, they are not going to blink at doing the same to Rittenhouse after this verdict.

The point here is that while this is a nice victory for Rittenhouse and his supporters, it is just one battle with more to come. Not only will the bad guys use the Feds to take another crack at him, but there will also be civil suits. You can be sure that Roberta Kaplan, the plaintiff’s attorney in the Charlottesville case, will be looking for clients in Kenosha who claim they have the blues over the Rittenhouse case.

There is another bit of data that the civic nationalists should notice. The jury that convicted Derek Chauvin was from Hennepin County, Minn. They voted 2-to-1 for Joe Biden in the last election. The Kyle Rittenhouse jury was from Kenosha County, which went for Donald Trump in the last election. In other words, where civic-minded people run the system, civic nationalism has a chance. In places run by the forces of darkness, the rule of law no longer matters.

The larger issue here is that if it is possible to have a society held together by shared principles and ideas, then why is that notion on trial? Why was the principle of self-defense open to debate in the Rittenhouse case? Why is the principle of free expression on trial in Charlottesville, Va.? Why is the tradition of community defense up for debate in the Ahmaud Arbery murder trial?

The answer is that a significant number of people reject the principles necessary to have a rule-based society. Here is the ACLU making that clear in the wake of the Rittenhouse verdict. They used to oppose the “crossing state lines” trick to involve the Feds, but those rules no longer matter. They just want blood. The mass media sees the verdict as a reason to unleash even more racial vengeance.

Not to put too fine a point on it, but here is a statement from the National Basketball Association condemning the verdict. Two things to note: Sports teams are owned by billionaire oligarchs, the people who run the country. Second, the statement is a direct contradiction of observable reality. Calling self-defense in the midst of a riot “vigilantism” and the riot a “peaceful protest” is deranged. They are either lying or crazy.

What the Rittenhouse case should do for the civic nationalists, especially the reaction to it from the halls of power, is cause them to wonder if their opponents are fit for a civil society at all. In other words, their concept of a civil society must exclude people who are mentally unfit for a rule-based society. Put another way, victory in the Cold Civil War can only come when the enemy is physically removed.

The libertarian political theorist Hans-Hermann Hoppe made this point with regards to his proposed libertarian society. In a rule-based society organized around the protection of private property, “There can be no tolerance toward democrats and communists in a libertarian social order. They will have to be physically separated and removed from society.”

What these trials of civic nationalism are revealing is that for a rule-based society to function, it must maintain an absolute intolerance of those who question it. The intolerance and implacable zeal to destroy that defines the enemies of civil society must be met with an even stronger reaction. This person has no place in a civilized society. There is no shame in admitting it.

That is the central question at the heart of these trials. Is civic nationalism capable of defending itself from its enemies? Can the defenders of participatory order find the courage to do what must be done to preserve the ordered society? If the answer is no, then something else must come forward to beat back the forces of darkness threatening Western civilization. Otherwise, it is the long dark winter Joe Biden has promised.