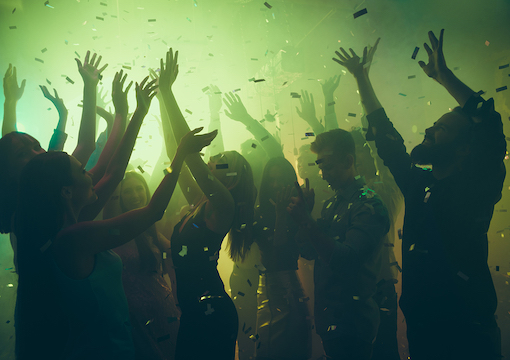 Desperately boring times, but very healthy ones. No parties, no girls, not too much boozing, lots of smoking and reading very late into the night. And nonstop training and sport. What else can one do when locked in with one’s wife and one’s son and with nostalgic thoughts of a time when people gathered in groups? It seems very long ago, but do any of you remember when people gave parties?

Desperate times demand desperate measures and make for desperate columnists. Meditation might be good for philosophers and their ilk, but correspondents need to get out and get the story. The only thing to report nowadays is the sleeping habits of cows (standing up), plow horses (ditto), and Swiss peasants (with one eye open, in case some billionaire foreigner robs them of their hay).

For some strange reason I keep thinking back to my youth and the ’50s, the best decade since the Golden Age of the Athenians in 430 BC. Hemingway was alive and Fitzgerald was making a posthumous comeback. Christopher Fry’s verse plays such as Venus Observed fascinated, not to mention The Lady’s Not for Burning. The London Journal of James Boswell revealed that the biographer was a horny little guy who tried to pick up girls nonstop and bragged about the size of his you-know-what. Budge Patty, Frank Sedgman, Vic Seixas, Jaroslav Drobny, Tony Trabert, and Lew Hoad (twice) won Wimbledon, followed by Ashley Cooper and Neale Fraser, all gents and all really nice guys. (Well, Drobny was a prick, but he was my mentor for a while—then we had girl trouble.)

“They say that one should never look back, but as always they are wrong.”

Unlike the unreadable crap posing as novels today, the ’50s produced Graham Greene’s The End of the Affair, J.D. Salinger’s The Catcher in the Rye, William Faulkner’s Requiem for a Nun, William Styron’s Lie Down in Darkness, and—hooray—Nikos Kazantzakis’ The Greek Passion.

T.S. Eliot’s verse play The Cocktail Party opened on Broadway, and my parents took me to see South Pacific, The King and I, and Call Me Madam. I was through with school and on my way to university in 1955, playing junior tennis tournaments, dating three great Hollywood beauties—Linda Christian, our very own Joan Collins, and Janet Leigh—and attending the premiere of The Bridge on the River Kwai with Dame Joan in the Big Bagel.

Yep, those were the days—and nights, especially the latter at El Morocco, where the system was hardly first-come-first-serve. The near side of banquets was reserved for “superior” people, the far side, or Siberia, for the rest. I know, I know, this is 2020, and the Extinction Rebellion creeps might not like it, but to hell with them. Graham Greene forewarned us with a small masterpiece about foreign entanglements, The Quiet American, and Vladimir Nabokov preempted Mr. Epstein with Lolita.

The older aristocratic aura in tennis was evaporating, but the game was still mainly played in private clubs with strict rules about behavior on court. The reason I used to love the game was because it was among the hardest to play well. Wooden rackets made it very difficult to spin the ball or hit it as hard as one could yet keep it in the court. Very few mastered it. Technology has now made it possible for anyone, however clumsy or wrong the swing may be, to keep the ball in play. The game went socialist with carbon tools, and now everyone can play.

Athletes back then were mostly amateurs, especially in tennis. Professional sport was football (American and British), basketball, and baseball. Intellectuals have always condescended to athletes, but less so back then because athletes had jobs as teachers, lawyers, and salesmen. My friend Dick Savitt won Wimbledon in 1951 and had to fly back on Sunday night for his very important post on Wall Street. (He’s still with us and only recently gave up playing.) So-called eggheads might condescend all they want, but sport is different from the academic experience. It is finite, like dying—there is the last point, or the clock running out. Dealing with that finality is what it’s all about. Some can take it, others cannot. That’s why I hate professional sport. It never ends, there is another paycheck next week, and on it goes, year after year, and then one becomes a TV pundit.

Athletes underwent an early death during amateur days, usually at around 30. Like ancient Greek heroes they went quietly to their fate—now they retire and become celebrities and have millions of followers on Facebook. During the ’50s, real life began once the athlete had died.

A life of meditation seems to have begun for me thanks to the virus, not that I was ever distracted by women, nightclubs, and booze. They say that one should never look back, but as always they are wrong. I truly enjoy my nostalgic ruminations: the wonderful parties, the elegance, the good manners, the beautiful sailing boats, the beautiful women, and the sporting contests I took part in. My Davis Cup partner, winner of Junior Wimbledon in 1963, rang me last week from Costa Rica. He’s worse than I am about the past. We had the No. 1 doubles team in the world, down two sets to one and a couple of match points in the fifth, and this in the French Championships in 1965. And we blew it. Story of my life.