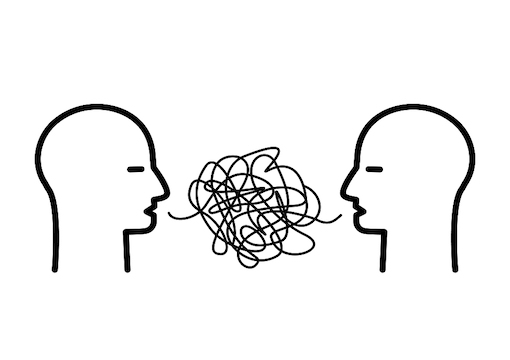 Regime-ology is an evolving field where people try to understand what is happening inside the ruling regime of the Global American Empire. Given that the regime is a black box, we must analyze the signals that come from various regime media organs in order to get a picture of what is happening inside. Regime-ology is an emerging set of methodologies for analyzing elite media and behavior.

The main reason for this new field is that like the Soviet Union, little of importance is discussed in public by the ruling elite. Most of what is in the media is intended to distract the curious public. The important stuff is discussed behind closed doors and then signaled to the rest of the managerial class via regime organs. The mainstream media is a series of signaling nodes so the system can communicate with itself.

One bit of good news for those working in regime-ology is the Global American Empire believes it needs crisis in order to maintain itself. It goes around the world smashing things up so that a crisis ensues and the empire can respond. Because it is a big, complicated world and the managerial class is also big and complicated, it means lots of signaling from the various media nodes of the regime. We have lots of data.

“The real crisis is not in the Donbas but in the capital of every Western power.”

The war in Ukraine is turning out to be a proof of concept for certain methodologies for analyzing the regime. For example, the regime kept saying the Russians were planning a shock and awe campaign. This is the American tactic “based on the use of overwhelming power and spectacular displays of force to paralyze the enemy’s perception of the battlefield and destroy their will to fight.”

Of course, the claim that this is what the Russians had planned was always nonsense, because Russia is a land-war country. They are organized around the use of mechanized units, infantry, and artillery to destroy opposing armies. They use their air force, missiles, and drones in support of their land forces. The Russians plan to destroy armies, not put on a light show for them.

America is an air power, which is an extension of sea power. American military doctrine starts with total air superiority. That air superiority is then used to decimate opposing infrastructure and military units. Shock and awe makes sense for an air power, as the point of it is to avoid boots on the ground. If you can terrify the other side into surrender, you do not have to fight a land war.

So why were the Americans going on about shock and awe? It turns out that they were planning a shock and awe campaign of their own. This was the tidal wave of sanctions they unleashed during the opening days of the war. They expected this to terrorize the Russian people, setting off an economic panic. They hoped this would force the Russians to withdraw from Ukraine so NATO could avoid a land war.

This also explains why the West put out word that the Russians could only maintain their army in the field for a few weeks. The CIA front group Bellingcat made the claim at the start of the war. Disgraced intellectual Francis Fukuyama made a similar claim the following week. These media influencers were signaling to the main organs, which picked this up and repeated it throughout the first weeks of the war.

Like the shock and awe business, this claim was ridiculous on its face. The Russians are not fools so they understood what they were facing. Putin personally oversaw the Second Chechen War, which lasted nine months. Ukraine is much bigger and has a much more powerful military. It also has Western support. Obviously, the Russians knew they were facing a long ground war in Ukraine.

The predictions about the Russian capacity to sustain combat operations in Ukraine were all wrong, but they were an opportunity for some regime-ology. Why was this being signaled by regime influencers and media nodes? One reason is they assumed their shock and awe economic campaign would work. They thought by now there would be food riots in Russia, and Putin would have been deposed.

The other reason, it turns out, is that NATO planned for a short war. They thought they just had to hunker down the Ukrainian army in strategic places and wait it out for a few weeks as the economic sanctions did the hard work. Now regime organs are signaling that NATO is running out of weapons to send to Ukraine. Put another way, the short war prediction was about the regime’s plans, not the Russians’ plans.

A basic rule of regime-ology is an extension of the Opposite Rule of Liberalism, which states that whatever the American left say about a subject, assume the opposite and you will get close to the truth. It is not direct contradiction, as in they say “X” so the direct opposite of “X” is the truth. It is simply the acknowledgement that the American left projects its fears about itself onto its enemies.

What this means with regards to regime media is that the signals we see broadcast are not direct lies, but reflective of internal debates within parts of the regime. The short-war stuff reflected the concern over how long the West could support Ukraine. It reflected the strategy of the neocons running the war. It was not accurate, but it was not entirely devoid of truth, either. You just have to know how to read the signals.

Just as Kremlinology was about deciphering the signals from within Soviet Russia in order to predict future behavior, regime-ology will only be useful if it allows us to anticipate the behavior of the regime. This is where the newness of regime-ology becomes clear. The current signals from regime media are not telling us much about what the regime has planned for the next phase of the war.

It may simply be that they have no plan. It is entirely possible that they put all of their eggs in the shock and awe economic war basket. Now that it is backfiring on them they may not have a plan B. Alternatively, the silence could simply reflect the fact that none of the nodes in the regime have settled on the next steps. We will have to look for new signals over the next month to analyze in order to detect a new plan.

Of course, the fact that regime-ology exists speaks to the problems within the liberal democracies of the West. If they were liberal and democratic, debate would be in the open and everyone’s position would be clear. What the use of regime-ology in analyzing the war in Ukraine reveals is that the real crisis is not in the Donbas but in the capital of every Western power. The West has become that which it claims to oppose.