The Freedom to Be Left Alone 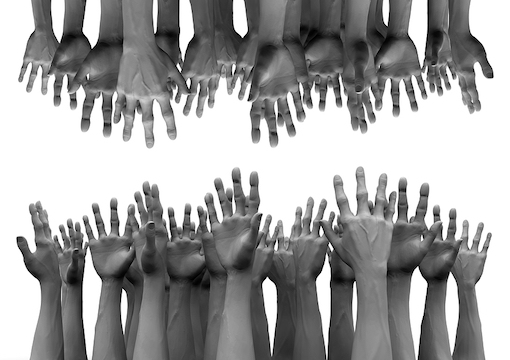 If one were to come up with a bumper-sticker definition of personal liberty, it would be something like “the freedom to be left alone.” A society that respects the liberty of its citizens is one in which the citizen can be left to live his life as he sees fit, beyond the basic duties incumbent upon all citizens. In other words, the public duties are a narrow domain, while private life is a broad domain, with only a small overlap of the two.

At the root of this, the spring that provides the impetus for such an arrangement, is the cultural understanding that everyone has a duty to mind their own business. What must animate a “free society” is the understanding that you are not only free of the unwanted gaze from others, including the state, but that you and your fellow citizens must avoid looking into the private lives of others. A free society minds its own business.

That would be the opposite of what we see in modern America. This is a land of the perpetual and promiscuous busybody. Gossip may be the national pastime, but it is the crude art of not minding your own business that defines the American. Everywhere you go in America, you are hounded by busybodies poking into your affairs. Everyone feels she has a right and duty to know everything about you and what you are doing.

“A free society minds its own business.”

The Covid panic has offered many examples of this. When it started, the busybodies were everywhere making sure you followed the rules. The internet was full of videos of women hassling people about masks and social distancing. Everyone has a story of a stranger accosting them in a store about how we are “all in this together.” All of a sudden, everyone was everyone’s nagging wife pointing out your faults.

Before long every business was in on the act. They put up signs telling you how much they care about your health and how we are all in this together. The clerks and managers swelled with pride as they lectured about mask wearing. The purveyors of the most toxic fast-food items were suddenly concerned with your welfare, telling you to follow the current CDC guidelines on mask wearing and social distancing.

Now, of course, corporate America feels it has the right to tell its workers what medicines they should take. American Airlines is now docking their workers $200 a month if they do not get vaccinated for Covid. When did the medical choices of their employees become the business of the company? Of course, no one bothers to ask, because it is now assumed that everyone gets to mind your business.

Covid has made this more obvious, but the busybody mentality has been with us for a long time now. The tech companies created “trust and safety” groups to police speech online, because they think it is their business to decide what you see. It is not that they are protecting you from unwanted material. They have decided that you should not want to see this material. Now, brush your teeth and do your homework.

The assumption has been that the spying done by Big Tech is all about monetizing your behavior, by selling it to advertisers. That is part of it, but the bigger part is the corporate belief that they have an obligation to supervise your life. The most mundane chores of life have been turned into morality tales, where corporate scolds remind you that they care about you so do the right thing and get vaccinated.

The rise of the busybody has corresponded with the collapse of privacy. When there is a clear line between the private and public, minding your own business is the cultural norm. When the private sphere is absorbed into the public sphere, then everyone’s business is everyone’s business. Instead of a duty to not pry, everyone feels they have a duty to nose around in the affairs of others.

One driver of this is socialism. The systematic corruption of Christian charity into social welfare programs started with good intentions, but before long the tragedy of the commons kicked in and attitudes changed. Once everyone is on the hook for everyone’s lifestyle choices, then your choices become community property. Everyone now feels they have an economic claim against your choices in life.

What start off as complaints about paying for the fat guy’s health care soon become a demand that the government put the fat guy on a diet. The former mayor of New York City, Michael Bloomberg, claimed he had a duty to watch your salt intake because of health-care costs. He banned certain sugary drinks on the grounds that he had a duty to mind your business for your own good.

Another driver is democracy. In a world where only the opinions of a minority matter, most people have no reason to care about public opinion. In an aristocracy, everyone understands that the important decisions are made by the king. In an oligarchical republic, the leading citizens do the heavy lifting of government. In both cases, the people in charge have more important matters than to nose around in your affairs.

Democracy starts from the ridiculous notion that everyone should have an opinion on public policy. In a world where everyone gets a say and the majority gets to decide, then everyone needs to be concerned with everyone’s opinion. Just as important, everyone now has a duty to care about your opinion, and you better have one or else. To not have an opinion it to be of the opinion that having an opinion is wrong in some way. This can never be tolerated in a democracy.