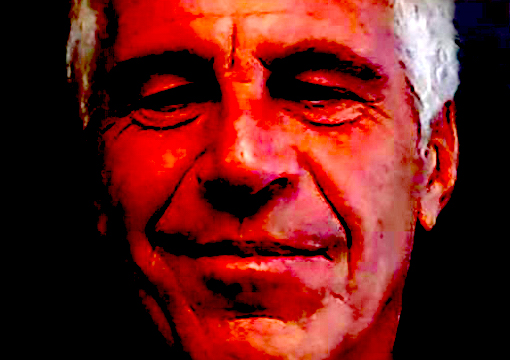 Last week, we reviewed our ruling class’s strange lack of interest in Jeffrey Epstein’s child molestation ring, in which so many of them played a part. The media cover-up is second only to the government cover-up, with prosecutors delivering loss after loss in cases they’ve been forced to bring (by the police and the public) against the child molester.

This week, we’ll look at the government’s long record of zealously trying NOT to unravel the case.

Barry Krischer was the first prosecutor to let Epstein off for child molestation. The local police presented then-Palm Beach state attorney Krischer with bales of evidence. They had affidavits from dozens of witnesses: girls abused by the pederast, the women who recruited them, the butler who cleaned up sex toys after the “massages,” as well as records of Epstein’s molestation appointments, one delayed because of a victim’s “soccer practice.”

“Pretty much everything we know today about Epstein’s sex ring was unearthed by the Palm Beach Police back in 2005 and handed to Krischer on a silver platter.”

Five underage girls had given police sworn statements that Epstein had sexually abused them, backed by 17 other witnesses, but when Krischer brought the case to the grand jury, weirdly, he allowed only one of the girls to testify — and then attacked her on the stand! (Epstein’s attorneys had helpfully provided Krischer’s office with the girl’s posts on MySpace, where she talked about boys and drinking, the little harlot.)

According to an extensive review by The Palm Beach Post, most of Krischer’s 2,800-page investigative file on the case consists of dirt against the teens — and against the police — given to him by Epstein’s lawyers. (Thanks, Epstein attorneys! Do we owe you anything?)

The grand jurors, who’d been meticulously kept in the dark by Krischer, ended up voting only for a single charge of “solicitation of prostitution” against Epstein in 2006. He pleaded guilty and was sentenced to five years’ probation. No jail time, no record as a sex offender — no criminal record whatsoever.

According to Nexis, only one newspaper, The Palm Beach Post, reported at the time — or ever — that Palm Beach prosecutor Krischer gave Epstein probation for his years of child abuse.

Epstein’s friends claimed he was the victim of a crusade by Palm Beach Police Chief Michael Reiter, whom they called a “born-again nutcase.” Apparently, anyone who thinks prison is appropriate for the mastermind of a massive child sex ring has gotta be “born-again.” (How does he feel about teenage girls talking about boys and drinking?) In fact, there’s no evidence that Reiter is even a Christian — other than the fact that he’s never won an award from the ADL.

At that point, the enraged Palm Beach chief of police took his evidence to a completely separate law enforcement agency — the federal government, even though these were mostly state crimes. U.S. attorney Alex Acosta proceeded to make a deal with Epstein — with Krischer essentially operating as Epstein’s defense counsel — resulting in a plea only slightly tougher than Krischer’s pat on the head.

According to journalist Vicky Ward, Acosta later defended this sweetheart deal to the Trump transition team, explaining: “I was told Epstein ‘belonged to intelligence’ and to leave it alone.”

Most recently, the U.S. attorney’s office for the Southern District of New York brought a gentle prosecution against Epstein’s pimp and fellow child molester, Ghislaine Maxwell. Federal prosecutors called a mere four girls who claimed to have been recruited and/or abused by Maxwell. They could have put dozens of her victims on the stand.

Most notably, the Southern District did not call the star witness, Virginia Giuffre, who has openly named the rich and powerful men she says these creeps forced her to have sex with, including Prince Andrew, former Harvard professor Alan Dershowitz, former New Mexico governor and presidential candidate Bill Richardson, former Senate Majority Leader George Mitchell, French model scout Jean-Luc Brunel, and the hedge fund billionaire Glenn Dubin, among others.

Immediately after the Southern District accidentally won five guilty verdicts against Maxwell, the prosecutors quietly revealed that, weeks earlier, they’d dismissed all charges against the prison guards who failed to check on Epstein for more than eight hours the night he allegedly committed suicide — despite an explicit directive that they check on him every 30 minutes.

Not to brag but …

July 25, 2019, 1:05 a.m.: @AnnCoulter Dear Bureau of Prisons: Please get Jeffrey Epstein to a super Max prison pronto, or the people who want him dead will make sure we never know the truth. ACT NOW!

The feds not only did not move Epstein to a super-maximum security prison as some observers recommended, but they also did this:

— The day before Epstein died, he was taken off suicide watch.

— Against orders, his cellmate transferred elsewhere, leaving Epstein completely alone in his cell.

— All the cameras on Epstein’s floor were mysteriously broken.

— Even the footage of his earlier suicide attempt had been mistakenly erased and the backup footage destroyed “as a result of technical errors,” according to assistant U.S. attorneys Jason Swergold and Maurene Comey.

How many times can they use the “we’re completely incompetent” defense? (Hey, does anybody know if this case implicates rich people?)

Maxwell’s brother soon announced to the press — and to anyone else who might be interested! — that his sister was no snitch. She wouldn’t rat out any of Epstein’s fellow child molesters in exchange for a lighter sentence.

Maxwell is facing up to 65 years in prison, and her brother has just admitted she can name names. Hello? SDNY? Any thoughts about applying some pressure?

Unfortunately, these are the same prosecutors who just did everything in their power to blow the case against her. My prediction of their next conversation with Maxwell: This is our last offer: 30 hours of community service — and we’re not kidding! OK, 20 hours. Damn — you’re one tough negotiator.

Most strange, the ink wasn’t dry on the guilty verdicts before one of the jurors ran to the press and announced that he’d lied on his juror questionnaire. Although he’d denied ever having been sexually molested, he had been! Not only that, but — hoo boy — did his experience with sex abuse sway the jurors during deliberations!

The defense immediately moved for a mistrial and the chatty juror moved to a villa in the south of France he’s just inherited from an unknown relative. OK, the second part isn’t true (that I know of), but are you kidding me??

Are prosecutors even investigating any contact between Maxwell’s representatives and the jurors? Will he be tried for perjury?

However this ends, once it’s over, we’ll never hear about Epstein again — unlike, say, Jan. 6, which we will never stop hearing about. If America got to vote, which story do you think they would find more interesting?

Which story is more important? Doesn’t the public have a right to know how big Epstein’s sex/blackmail club was, who among America’s ruling elite were compromised, and to what end?