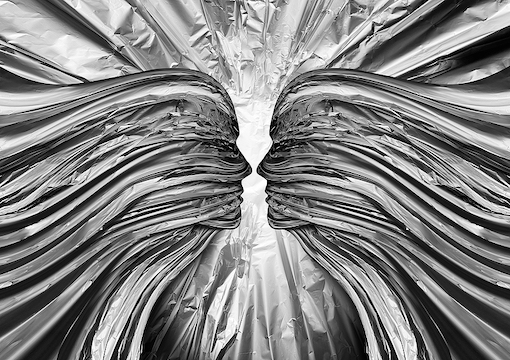 One of the oddest things about Western man is that he is much more willing to kill over abstract ideas than he is over practical items. Wars for land or mineral rights tend to be short and relatively bloodless. One side wants the land held by another or maybe they want access to some natural resource. Negotiations fail, hostilities begin, and after the armies fight, a new round of talks settles the matter.

The disputes over ideas, on the other hand, end in catastrophe. One side decides that the other side is believing the wrong things or is organizing its society in a way that offends them. Because the spark of conflict assumes the other side is morally wrong, there can be no compromise, as to compromise with evil is to embrace it. It must be a battle to the death with the winner imposing its views on the other.

The Thirty Years’ War is one of the first examples of this in Europe. It reduced parts of Europe to cannibalism, because the various sides could not agree upon how best to worship their shared god. About 10 percent of the population was killed, with some parts of Germany losing 60 percent of its people. There are libraries full of books on the origin, but the main cause was religion.

“The question is, why is Western man so willing to kill over ideas?”

The French Revolution gave us ideology as the replacement for religion, so Europe suffered a generation of endless wars over ideas. Only about 3 percent of the population of Europe was killed in the Napoleonic Wars, but it gave us the monstrous concept of total war, in which the whole of society is organized to fight. It was the combination of total war and ideology that made the 20th century a bloodbath.

Because of the pointless barbarity, the Great War was the war to end all wars, but that turned out to be a false claim. Before the war ended, the Bolsheviks had taken control of the Russian Empire. Soon they would be slaughtering millions. The fascists, of course, came along after the war. While they could not hold a candle to the communists in terms of the body count, they were similarly driven to barbarism by ideology.

Of course, the liberal democracies were no better during the war and have been no better since. Thomas Goodrich points out in his book Hellstorm that Dresden was not the only act of vengeance carried out by the Allies. There was the unconditional support for Russia as she raped and pillaged Germany. The Allies also inflicted large-scale, systematic brutality on the Japanese.

For the past seventy years, the American military has waged a war on the rest of the world in the name of democracy. Most people in the Middle East, for example, have never known a time when America was not bombing them. The Muslim problem could easily have been handled with containment, but that would mean letting these people live as they pleased and Western man can never tolerate that, so bombs away.

The question is, why is Western man so willing to kill over ideas? War is not unknown among the other races, but ideological war is a peculiarly European thing. One reason is intelligence, which is a requirement for creating abstract concepts. People struggling to master the wheel do not have the time or the inclination to think about how best to organize society. Their attention remains on the practical challenges of life.

Asians have the brainpower to come up with abstract concepts about how best to order society, but their homogeneity has been their safety net. The great chain of causality begins with biology, then culture, with institutions being culture-specific. Asian societies are biologically homogeneous. China proper is almost entirely Han. Their culture of conformity is mostly the result of being a unified people.

Therein lies the primary reason that Europeans have been so willing to murder one another over ideas. Lots of different people means lots of different cultures, which means a diversity of institutions, like religion, political ideology, and so on. The one universal among Europeans seems to be universalism, the belief that there must be one universally correct way of organizing a people.

This reality provides an insight into what is happening in present-day America and what will most likely come of it. There are two things that have been true about America from the very beginning: It is a highly diverse place, and it has a lot of space. It used to be understood that the latter was the solution to the former. Until it became unfashionable, children were taught this in school and their entertainments.

The communications revolution, brought on by the technological age, has made every one of us overly familiar with the rest of us. The mentally unstable crank teaching Frankfurt School nonsense can now reach a national audience. Not only can she activate the cranks around the country, but everyone else suddenly feels like they are surrounded by crazy people. There is no escaping the diversity.

What we are seeing play out online and increasingly in real life is a digital version of the old analog battles over ideology. The fight over critical race theory, for example, looks like a modern version of the Thirty Years’ War. The warring camps will tolerate no compromise and they are being encouraged by powerful allies with hidden agendas to not even consider the arguments of their opponents.

On the other hand, one senses that maybe the antiwhite ideologues are inspired by the Bolshevik example. When someone like David French advocates for what amounts to cultural genocide, the movie The Chekist comes to mind. This is a man who puts the interests of his adopted child ahead of his natural children, so he can be a part of the cultural revolution. What sympathy could he possibly have for your children?

The hard lesson America is about to learn is one that the Europeans never seemed to learn, despite plenty of opportunities. That is, diversity plus proximity must always end in violence. The internet age has brought every American into close contact with every other American. No one likes what they see in the other camps and increasingly no one thinks they can live near the other camp. The result is predictable.

In the twilight of the West, it is only appropriate that the show will close with one last spasm of ideological warfare. If the antiwhite fanatics carry the day and erase white society from the book of life, they take themselves with it in what will be remembered as the great suicide of the West. If this is resisted and avoided, it will mostly likely require a degree of ugliness as yet unimagined. Either way, the great epoch of ideology will not end well.