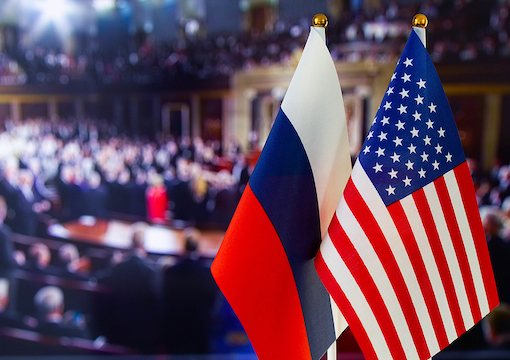 The label “disgraced” is usually reserved for people who have done something to violate the morality of society. Back in the last century there was a rash of televangelists caught up in sexual controversies. Their reward was to enjoy the label “disgraced” whenever they were mentioned in the press. Politicians, of course, have often been tagged with the “disgraced” label, usually for the same reason as those televangelists.

There is another category of people who get the label. These are the people who turn out be spectacularly wrong within their field. A scientist, for example, who spent her life trying to prove her pet theory only to have it disproven by her own work. Alternatively, the scientist who gained fame and glory for some theory, but it turned out she faked her research or made some egregious error in her methods.

An example of this is Naomi Wolf. While on a promotional tour for her book Outrages: Sex, Censorship, and the Criminalization of Love, she learned from BBC interviewer Matthew Sweet that the central claim of her book was wrong. She had misunderstood an old legal term. This invalidated her book and her doctoral thesis on which the book was based. Ms. Wolf is now a disgraced authoress.

“Instead of liberal democracy sweeping the world, it now looks like it is murdering itself in a frenzy of cultural madness.”

It may be a bit too early to tag the political scientist Francis Fukuyama with the label “disgraced,” but it is time to open the discussion. He is known to the world for his book The End of History and the Last Man in which he argued that the progression of human history was a struggle between ideologies. The collapse of the Soviet Union was the end of that struggle and liberal democracy was the winner.

Whether he actually believed what he wrote has been a topic of debate. Some have argued that he simply cashed in on the triumphant mood of Western elites, who were feeling rather good about themselves at the end of the Cold War. A thesis based on the idea that they were on the right side of history, that they were walking with the angels to the end of history, was a good way to sell a lot of books.

Most people have focused on his claim that liberal democracy was now the default answer to how best to organize society. Even after the collapse of the Soviet Union, most of the world remained illiberal and antidemocratic. According to Fukuyama, it was just a matter of time before the world acquiesced to reality and embraced the American model of culture, economics, and politics. Liberal democracy was inevitable.

In the 1990s, this seemed like a reasonable position, but over the last couple of decades it is clearly false. The rest of the world is not embracing the American model of culture, economics, and politics. More important, Western democracies have become increasingly dogmatic and authoritarian. Instead of liberal democracy sweeping the world, it now looks like the last ideology is murdering itself in a frenzy of cultural madness.

Fukuyama was not the only person looking out into the future for what would come after the Cold War. In his book The Clash of Civilizations and the Remaking of World Order, the late political scientist Samuel Huntington argued that future wars would be fought between cultures, rather than between countries. In other words, we had not reached the end of history, but a new chapter in the struggle of mankind.

Faced with these two competing theories of history and what lies ahead after the end of the Cold War, American elites naturally picked the one that was most flattering to them, so Fukuyama was declared a prophet. Not only did his theory make them the hero of the story, but it also supported the larger currents of modern elite thinking like extreme egalitarianism and the blank slate. Huntington assumed culture is a real thing, while Fukuyama assumed it was a socially constructed artifice.

Current events make clear that Fukuyama was wildly wrong in his assessment and Huntington was mostly right. Russia invaded Ukraine for cultural and historical reasons that are peculiar to Eurasia. For over a decade now Russian leaders have been expressing an alternative cultural perspective from that in the West. They are not rejecting the American model of culture, economics, and politics for ideological reasons or practical reasons, but for civilizational reasons.

Most of the world is backing Moscow against Washington, not because they share Russia’s cultural perspective. They simply see the American model of culture, economics, and politics as a threat to their way of life. This is what they share with the Eurasian point of view. For Russia, the war in Ukraine is about protecting who they are as a people. For the rest of the world, this is now a clash of civilizations. It is the diversity of the world versus the homogenizing culture of the West.

While it is clear that the last decade or so has disproved Fukuyama’s general thesis, some insist that the story has yet to play out. They argue that the endgame is regime change in Russia, followed by regime change in China. This has been stated in private, allegedly, by Secretary of State Anthony Blinken. Like prior ideologues, liberal democrats are sure that paradise is just over the next hill.

Thankfully, we have a way to test this, courtesy of Francis Fukuyama. On March 10 he made some predictions about what will happen with Russia in this war. He said that Ukraine would win the war because the Russian army would collapse in days. This would naturally lead to a quick political crisis in Russia, and the collapse of the Putin regime and all nationalist causes globally.

He then pushed all of his chips into the middle of the table by linking his predictions directly to his thesis of history that made him famous thirty years ago. “A Russian defeat will make possible a ‘new birth of freedom,’ and get us out of our funk about the declining state of global democracy. The spirit of 1989 will live on, thanks to a bunch of brave Ukrainians.” Fukuyama has bet his reputation on a Russian defeat.

As of this writing, the Russians have captured land roughly the size of Great Britain and have the Ukrainian army encircled in the east. Zelensky is now faced with sacrificing his eastern army in something similar to the Heiligenbeil Cauldron or accepting the terms that have been offered by Russia. It is too soon to know how this will play out, but the way to bet is not on a Russian defeat in Ukraine.

What is becoming clear is that Fukuyama was completely wrong about what comes next after the Cold War. As long as the checks from elite institutions continue to come, he has no reason to question his own claims, but we are reaching the point when the sober-minded can attach the label “disgraced” whenever he is mentioned. His final contribution should be as a warning to others who allow themselves to be dragged into mendacity and error by ideological fervor.