‘The Last White Man’: Every Trick in the Book 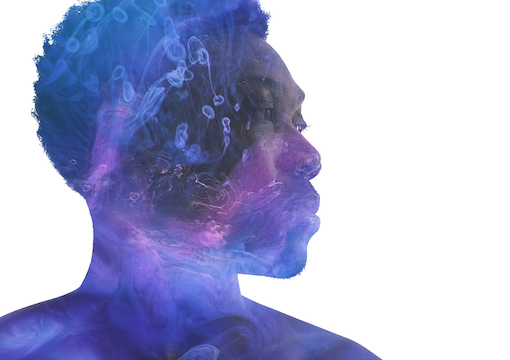 Modern life is full of contradictions, all of which arise from the struggles of the managerial elite to arrive at a justification for their existence. They will lecture us about their principles while harassing normal people for living those principles. The democracy business is the easy example. They are endlessly going on about “our democracy” while feverishly excluding normal people from the democratic process.

Another example is the great replacement. This is the systematic and deliberate displacement of white people from Western societies. Anyone who dares mention that phrase is set upon by the usual howler monkeys. Tucker Carlson brought it up on one of his shows and the seething bigots at the ADL immediately demanded his deplatforming, because unapproved opinions have no place in our democracy.

On the other hand, if a nonwhite promotes the great replacement, then the same howler monkeys line up to sing his praises. Such is the case with a new book by someone calling himself Mohsin Hamid. His book, The Last White Man, is a novel where white people suddenly turn brown. The sudden “browning” of the population sets off a crisis that the reader can use to explore his deep hatred of white people.

“The author, Mohsin Hamid, surely knows what he is doing.”

That last bit is not how the book is described by the publisher, but it is how the target audience is receiving it. Here is a glowing New York Times review. Here is a review by the far-left tabloid The Guardian. This review in Wired does not mess around pretending the appeal is literary. The author makes clear that the novel simulated his deep hatred of white people and white society.

The author, Mohsin Hamid, surely knows what he is doing. He stole the book’s concept from Kafka and then padded it out with the language that circulates in the grievance studies departments in Western universities. Hamid is Pakistani, a people known for their obsequiousness, so his ability to flatter his target audience is natural. Imagine a mid-level Islamabad bureaucrat flattering his director and you get the picture.

It is not hard to imagine the response if the roles were reversed. A white man authors a novel in which he imagines nonwhites taking on white qualities. Certain people stop rioting in airport waiting areas. Crime rates fall in major cities. Cars idling at traffic lights no longer pulsate from giant woofers in the trunk. Western society begins to look like, well, Western society and some people are upset about it.

It is an amusing thought experiment and everyone knows how the people praising Mohsin Hamid would respond. Again, the managerial class is now defined by these sorts of contradictions. The people who claim race is not real never shut up about the evils of the white race. Their workaround is to say that race is not real. It is a concept, but they think the concept is the most real thing in their imagining.

Lost in all of this is why the managerial class is obsessed by race. The fact is, normal people just take it for granted. Most people, regardless of race, are fine with a semiofficial form of peaceful separation. Everyone rides the same bus, but everyone gets off at their own stop. This natural segregation of people is obvious everywhere. People naturally self-segregate and no one thinks much about it.

Despite the fact that race does not loom large for most people, the people in charge cannot stop obsessing over it. All official media is drenched in race. Hollywood writers insert the topic into every show. Sporting events are now long sermons on race dressed up as a ball game. By race, they always mean skin color. As the great John Derbyshire pointed out in a different context, these people are prisoners of their own skin.

One reason is envy. The late Joe Sobran pointed this out many years ago when he said, “Western man towers over the rest of the world in ways so large as to be almost inexpressible.” Western elites, having first been feminized, then gathered the people of the world like children they can protect. Rather than being grateful, these protected classes seethe with envy at the Western world. In order to keep their project going, Western elites cater to this envy and resentment.

Another reason for the race obsession is fear. The great replacement is a real thing, and it is happening in every Western country. What will society be like when we are down to the last white man? We do not have to wait that long. What happens when white people are minorities in their own lands? The evidence we have does not present a pleasant picture, so it makes sense for the rulers to be haunted by it.

That is the other game in Mohsin Hamid’s book. He is telling his audience that everything will be fine when they are erased from the book of life. Race is just skin color, so the world will continue as before when everyone is brown. It is a pleasing thought for his target audience. Not only does it allow them to maintain their fictions about race, it also frees them from doing anything about the looming catastrophe.

Of course, reality is that thing that does not go away when you stop believing in it, so long before we are down to the last white man, we will need to face up to the great replacement. That is a certainty. The question that looms over the current crisis in the West is, who will deal with the consequences of the great replacement? The odds tell us it will not be the readers of Mohsin Hamid’s book.