The Madonna of Modern Politics 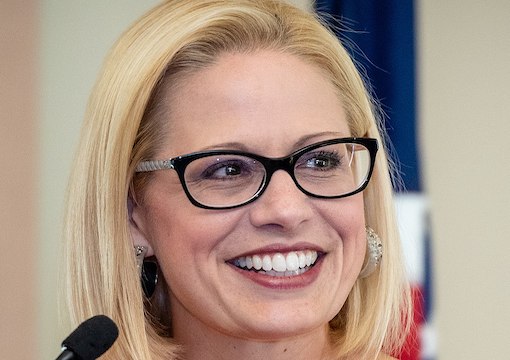 The usual suspects are shrieking in agony over the failure of the Senate to override the filibuster in order to pass the latest election-rigging scheme. Since taking power last year, they have been promising new legislation to normalize the sort of election shenanigans we saw in 2020. In order to get this stuff passed, they needed to get around the filibuster rules in the Senate.

The trouble is two senators, Joe Manchin (D-WV) and Kyrsten Sinema (D-AZ), have refused to follow party orders. Joe Manchin was already in trouble over his refusal to go along with the Build Back Better bill. Sinema had made noises about opposing parts of it as well, but it was Manchin who had the lead on killing it. As a result, he has already been the recipient of the familiar five minutes of hate.

In the case of the voting bill, Kyrsten Sinema has been getting the treatment from the crazies, who are now telling us the democracy is ready to collapse as a result of this bill not passing in the Senate. Maybe the insiders decided that Manchin had taken enough grief over the spending bill so they let Sinema take the heat for the voting bill, even though Manchin was also opposed to the scheme.

“Like the aging diva, Sinema is a whirlwind of marketing genius that keeps anyone from getting a bead on her in order to make a coherent criticism.”

In the case of Manchin, this rebelliousness is all about survival. Globalism is not popular in his state, mostly because the globalists keep promising to destroy his state. Manchin remains in the Democrat Party because it lets him sell himself back home as an ornery and difficult man of the mountain folk. If he joined the GOP, he would be just another suit practicing how to say “y’all” at the ramp festival.

Sinema, on the other hand, is proving to be the perfect manifestation of politics in a mass democracy. Put her name in an image search and you will see that she likes to show up in public wearing unusual outfits. She went on the floor of the Senate to vote against the voting bill wearing a miniskirt and thigh-high leather boots, as if she had come back from the club. Like a pop star, she always gets attention.

That is the way to view her. She is the Madonna of modern politics. Like the aging diva, Sinema is a whirlwind of marketing genius that keeps anyone from getting a bead on her in order to make a coherent criticism. The best the left has been able to do is chase her into a toilet chanting bizarre slogans. That reminded people that the left is primarily composed of mentally unstable losers living off the labor of others.

The Madonna comparison is the place to start with Sinema. Madonna Ciccone wanted to be famous. In mass society, becoming a pop star is the best way to get famous, so she set off to be a pop star. She was not a great singer and she was not all that good-looking, but necessity is the mother of invention and unbridled desire is its father, so Madonna became the unrivaled self-marketer in popular culture.

This is not to say that Madonna was not talented. There are grannies humming her tunes right now because they are catchy tunes. They also have come to represent that period within pop culture. The thing is, though, those are the sorts of tunes cranked out by the music industry every decade. The genius of Madonna was to turn herself into a brand and associate the era with that brand.

Madonna figured out something P.T. Barnum figured out in the 19th century. The public loves novelty. Barnum was always searching for new acts, because he knew curiosity would draw people to his shows. That became the promise of the circus. You could see things there that you would not see elsewhere. For solo acts like Madonna, the way to do this was to keep changing the look to confound the critics. She was always reinventing herself. Now she does it through surgery.

You see the same marketing genius at work with Sinema. Just as Madonna had enough talent to be an above-average performer, Sinema has the political chops to make it in local politics. It is her pop-star marketing savvy that has allowed her to take her act to the Senate. It is that same genius that is making her a national name. What she has done is adapt Madonna’s pop culture marketing techniques to national politics.

Her current act is to be a Democrat who selectively goes against her party on issues that energize the Republicans. For example, when she was a local pol, she opposed gun grabbing. This lost her support from the left, but it gained her much more support from normal people. This raises her standing, which she then uses to flatter important constituencies with her attention. Sinema got famous in local politics by knowing how to be famous.

She is doing the same thing in the Senate. Her party-girl outfits irritate the prudes on the left, but the men on the right cannot help but smile. When she walks by, they put down their burdens and twirl their mustaches. The church ladies of the left really want to hate her for not toeing the party line, but at the same time all of them wish they could pull off the miniskirt-and-boots routine.

None of this should suggest that Sinema is an airhead. It takes special skill to make it to the Senate. It is one of the best jobs in politics. You do very little, you get massive bribes, and you get to live outside the law. As a result, it is a great job, which means it attracts the worst people in politics. Kyrsten Sinema has to be a highly skilled political athlete to have reached this point.

This is what makes her the perfect manifestation of democratic politics. In a world where the only thing that matters is winning the crowd, the result is a stage full of people unusually good at winning the crowd. They may not be good at anything useful, but utility has no use when it comes to getting applause. In a mass-media society, democracy becomes rule by sexy dingbat.