The Mystery of History 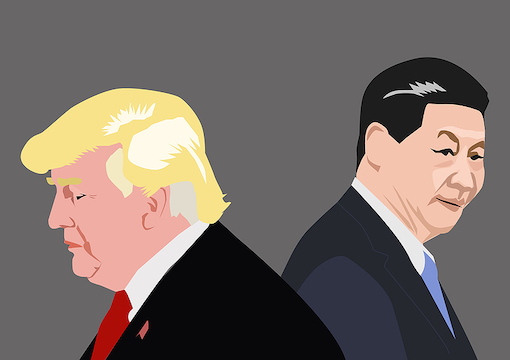 Scottish philosopher Thomas Carlyle famously said that the history of the world is the biography of great men. What he meant by this is that heroes shaped history through their personal attributes and their ability to inspire other men. History turns on the acts and ideas of great men. Therefore, the study of great men was the key to understanding history, as well as one’s own heroic potential.

English philosopher Herbert Spencer countered that great men were merely products of their social environment. The times made the man. Hegelians, of course, saw history as a process that progressed along predictable lines. The most famous of which was Karl Marx, who gave the world historical materialism. History was driven by the economic development of society and the corresponding social disruptions.

Due to the long march through the institutions, especially the humanities and social sciences, most people in the West are on the side of those who think history is a process leading to a predictable end. Not only are great men not important to the flow of history, they are often a hindrance. What matters is being on the right side of history, so Western leaders spend their time worrying about that.

These two conflicting ideas are being put to the test. Throughout the West, we see the sorts of leaders you would expect if great men need not apply. Great Britain is on its third prime minister this year. The reason for that is the prior two were mediocrities the times decided were not up for the job. The newest prime minister is a man selected because he has no remarkable qualities.

On the continent, France is led by a ridiculously dull person who managed to make it to the position having never accomplished anything. The Italians replaced an unelected technocrat with someone who has never had a job. Similarly, the Germans have a leader who somehow made it to old age never having had a job. All of Europe is run by people who are the exact opposite of great men.

In the United States, it is election season, and the great-man theory is being mocked by the various candidates running for office. In Pennsylvania, the Senate race is between a brain-damaged hobo and a Turkish carny. In Georgia, the Senate race is between a black Marxist preacher and a black former sports star. Perhaps their combined IQ is over one hundred, but no one would bet on it.

Of course, the greatest rebuke to the claim that it takes talent to lead a people is the current leadership of the United States. President Joe Biden is suffering from dementia, but even in his prime he was known for being amusingly stupid. The House of Representatives is run by a day-drinking octogenarian. The leader of the opposition party is another octogenarian.

What you see in the West is that the people in charge have taken the opposite side of the great-man theory of history. Maybe they were influenced by their Marxist college instructors or maybe they never thought about it, but it is clear that talent is the only disqualification for office. The United States is literally selecting for brain-damaged people to the most important offices.

Despite the proselytizing from the West, the other civilizations of the world are not going down the same path. The rest of the world is still convinced that their leaders should have a functioning brain and some talent. China, India, and Russia are the most consequential countries outside the West, and all three are led by accomplished men who have a sophisticated understanding of the world.

The most important of the three right now is Vladimir Putin, because the West is committed to destroying him and his country. Here is the text of Putin’s most recent speech to what is something like the Russian version of Davos. The difference is it is for serious people, not celebrities and pop stars. Putin goes there annually to give an important speech about the state of the world from his perspective.

Putin’s speech is something one would expect from an Ivy League history professor in a graduate seminar. It covers both history and moral philosophy, referencing the sorts of topics only mentioned by Western dissidents these days. He obliquely refers to Karl Popper and his book The Open Society and Its Enemies, which was published more than 75 years ago.

Imagine any Western politician giving such a speech. Granted, this speech was not intended for the masses, but Western leaders give speeches to educated audiences, yet they never sound like this. If one is tempted to think that the speech was written for Putin, take a look at the Q&A after his speech. This is clearly a man in full command of the material in his speech.

In this war between East and West, one side is led by a collection of carnival acts, while the other side is led by men who seek to be great men. The result is a real world test of both theories of history. One side is betting they are on the side of history and events will carry them to the promised land, despite their leaders. The other side is betting that people need great men to lead them in times of trouble.

Of course, the tides-of-history crowd will argue that the times will produce a great leader if one is needed. Perhaps in these troubled times the West will produce someone who can match the other side. On the other hand, maybe this cycle of history is ending and the great man tasked with closing the books on it is standing outside the West. In other words, perhaps both sides will be right.