The Need for a Secular Right 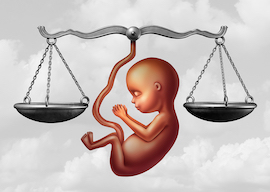 Taken together, these two groups, with their narrow perspectives, are immense liabilities for the right. When, for example, Bibi Netanyahu, a longtime manipulator of America, says jump, our President, who perhaps feels a personal obligation to Sheldon Adelson and the Israeli lobby in general (not to mention his daughter Ivanka and her Jewish husband, Jared), asks how high?

Many conservative Christians enthusiastically approve of America’s unconditional support for Israel, given their mad belief that the Jews are “God’s chosen people,” even as Americans, according to many Christian Zionists and Jewish Zionists, are “God’s almost chosen people.”

Thus biased and dogmatic belief precludes disinterested examination of Middle East foreign policy. Every year America wastes massive money on Israel’s military defense (of course, it wastes massive money on other nations, too), and it frequently does risky and counterproductive things in the Middle East because of Israeli interests. It is ethnic bias and religious dogmatism that allow all this to happen.

Notice that there is not a single major American conservative religious magazine that takes an anti-interventionist stance on foreign policy, the reason being that gullible and gutless Christians want to stay on the right side of Israel.

The philosopher Ludwig Wittgenstein used to tell his students that a philosopher must not belong to any school, because such a priori allegiance may prevent him from thinking with proper detachment. Instead, he must reason in a context-specific fashion, and always be willing to change his mind as he learns more in new circumstances.

That advice is not only a proper model for all intellectual endeavors; it is quite useful in the political domain, too.

“Pregnancies born of violations of the autonomy principal force us to choose between what are arguably different degrees of evil.”

Yet nothing could be more averse to this approach, at once wise and humble, than religious dogmatism. That has long been a problem on the right, and the new law in Alabama, which makes abortion illegal even in cases of rape and of incest, is the latest proof. The law will probably be overturned at the district and appellate levels, and it is highly unlikely that the issue will reach the Supreme Court. Nevertheless, it is going to turn more people, particularly women, away from the right, at both the local and the national level, and for good reason.

Pregnancies resulting from rape or incest, it is true, compose only a tiny fraction of abortions. But needless to say, that does not make it any less evil, if evil it is, to force women to bear babies (even if only until adoption is available) conceived by such means.

For the absolutist pro-lifer, the case for the new law in Alabama goes something like this: “Abortion is the killing of an innocent life. And how the life came into existence is irrelevant, because however it was conceived, it remains innocent, just as murder remains murder.”

Certainly it’s a fair question, why an innocent life should be killed, but morally obtuse insofar as one fails to consider the two evils suffered by the woman: namely, the rape or incest, and the pregnancy that results from it. And judging by the dreadful conservative commentary I’ve read on the subject, among absolutist pro-lifers, that is usually what happens.

There are many problems with the absolutist pro-lifer’s position, which is characterized by a kind of wishful thinking or motivated reasoning. Instead of recognizing an utterly tragic situation that admits of no good outcome, but only of a greater or lesser evil, the absolutist pro-lifer, having an a priori agenda, imposes his religious, binary perspective—his battle of “good versus evil,” in other words—on the very perception of the issue, so that it may be consistent with his worldview, and afford a “good” outcome.

But just because it’s a moral evil for an innocent life to be killed, it doesn’t follow that a woman who was impregnated by rape or incest should have to bear the child, or that she didn’t suffer a moral evil. Absolutist pro-lifers act as if what they call “the sanctity of life” rendered the rape or incest a moral good, or anyway, irrelevant to the moral character of the issue. Or they act as if it were obvious that “the sanctity of life,” in the order of value, outweighed other considerations.

The problem is not only that such thinking is grossly confused and shallow, being motivated by sheer bias; talk about the sanctity and inviolability of life never even rises to the level of an argument. Rather, it always takes the form of dogmatism, of an appeal to authority in the form of an assertion; for example, “Life is sacred, and therefore inviolable, because the Pope said so.” Yet while, short of positive disproof, we must allow that that sentence could be true, that is no reason to believe it; and since it contains nothing in the way of evidence or justification, it merits only dismissal. (Of course, believers will go on insisting that human life is sacred and therefore inviolable, anxiously and desperately, since deep down they sense that, as the great poet Giacomo Leopardi wrote, “Nature has no more esteem/or care for the seed of man/than for the ant.”)

The argument for abortion in cases of rape and of incest is justified by what I will call the autonomy principle. It comprehends both rape and incest because rape is a violation of personal autonomy by definition and incest often is. To understand the strength of this argument, consider a couple of analogies. First, if a man breaks into your home, are you obligated to accommodate and feed him, to sustain his existence? I doubt that anyone would answer yes. Now notice how similar this example is to the absolutist pro-lifer’s position, which amounts to this: One can impose—by rape or incest!—“the right to life” (i.e., the child of the rape or incest) by violating the will of another (i.e., the rape or incest victim). Is this grotesque position, this brutal violation of personal autonomy, defensible? Note that by answering no, I do not endorse abortion as a general moral good. On the contrary, I think abortion is generally wrong, and know that it was made legal by a corruption of the Constitution.

The second analogy also represents an egregious violation of the autonomy principle. One nation invades another and impregnates 20 million women by rape. Are those women obligated to bear those babies? Or to nurture them until adoption is available? Certainly not. This scenario is extreme, it may be objected. Indeed it is, and that’s the point. For it is the extremely large number of rapes that illustrate what is so wrong, in principle, about the violation of a woman’s autonomy. The absolutist pro-lifer is quick to assert what he calls “the right to life,” but in the case of abortion this concept is terribly simplistic. For in general, rights are negative. My negative right not to be ruled by my neighbor doesn’t entail a positive right to a portion of his income. (Whether he has some altruistic obligation to me is another question.) Human life begins in a state of absolute dependency, nurtured and sustained by a woman’s body, labor, and care (which ideally will later be complemented by the labor and care of her husband). And it is egregious to claim that that burden can be imposed on a woman against her will, just as it would be to claim that a man, having broken into your home, can proceed from that first violation of your autonomy to the second one, the presumption that you must provide for and sustain his existence. In each case there is immoral subjection.

Pregnancies born of violations of the autonomy principal force us to choose between what are arguably different degrees of evil. There are, to be sure, women who choose to bear children born of rape or incest. And if they wish to do so, that’s their business. In any case, women should be free to choose, if they wish, what they believe to be the lesser of two evils, namely, abortion.

Nor should we assume that the few “feel-good stories” we hear about women who, despite having been impregnated by rape or incest, nevertheless chose to bear the child, are representative of these types of pregnancies in general. After all, it’s hard to believe that, in many if not most cases, it wouldn’t be detrimental to a woman’s mental health, and to that of her concerned family members, to make her have a child born of rape or incest.

It’s only too easy for the absolutist pro-lifer, in his abstracting mind, to oppose abortion in such a situation. In reality, confronting the suffering of women they love, few of the men who oppose abortion as such would really expect their wives, daughters, or other female family members to live by such a position. And when it comes to this type of abortion, it’s especially important to try to understand the female point of view.

To be clear, I don’t mean to imply that moral values in general are determined only by what people, in their autonomy, choose to recognize or believe in. Such superficial liberalism is anathema to me. But as mixed a good as it is, for anyone who doesn’t want to be a slave to others, there is much to be said for personal autonomy.

What makes the absolutist pro-lifer such a liability for the right, akin to Zionists on foreign policy, is that his ill-considered and uncompromising position on one issue leads to unconditional support for the Republican Party. Last week at West Point, Pat Buchanan notes in his latest column, the hollow man Mike Pence informed the new graduates, in effect, that they would be serving American foreign policy as usual, occupying and waging war around the globe to advance the interests of the military-industrial complex. Add to this domestic policies that cater to the rich, and empty rhetoric (on immigration, for example) that manipulates its working-class voting base, and we see what makes the Republican Party so very objectionable and eminently unsupportable.

Hence the need for a secular, independent right, for a movement that won’t let religious dogmatism and bias preclude thinking about vital issues on their own terms. Many secular conservatives, including me, value religious wisdom and traditions. Most of us want, I think, to make common political cause with conservative believers, provided their religious commitments aren’t imposed on others, or allowed to trump other political and cultural issues. Yet it remains to be seen whether this worthy aim can become feasible.

There is a popular, and rather ignorant, criticism of secular conservatives. “You people are really nihilists,” says the believer, “because without God, there is no moral value or meaning in life, and therefore anything goes.” This question-begging conceit should be rejected. To begin with, ideas of moral value and of deep meaning long precede the concept of a monotheistic God, and given the variety of the world’s moral beliefs and moral systems, it is the crassest prejudice to maintain that everything worthwhile in life depends on the Judeo-Christian God. The loss of religion, in my view, is a bad thing in some ways, but it doesn’t entail nihilism. Moreover, pace Nietzsche, moral egalitarianism continues to survive “the death of God.” Finally, there is a robust tradition in moral philosophy, going back to Aristotle, which grounds objective morality in a plausible theory of human nature.