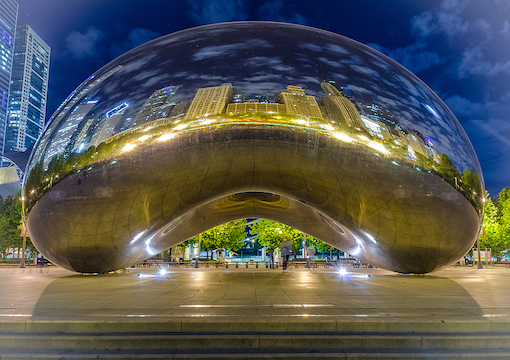 Six months into the Racial Reckoning, it’s timely to review A Peculiar Indifference: The Neglected Toll of Violence on Black America by a conventional liberal criminologist named Elliott Currie of the U. of California at Irvine:

Much of the country has been understandably outraged by the continuing plague of police killings of black Americans; after the death of George Floyd at the hands of the Minneapolis police in May 2020, that anger exploded into some of the most widespread and sustained protests against police violence in US history. There has been far less outrage over the ongoing emergency of everyday interpersonal violence in black communities.

Many conservatives credulously believe progressives’ claims that the social sciences vindicate liberal ideology. But, when read carefully, social scientific works can be a trove of politically incorrect data. Here are some striking facts gleaned from A Peculiar Indifference:

Between 2000 and 2018…more than 162,000 black Americans lost their lives to violence…the population of a substantial midsize American city—say Jackson, Mississippi….

As Currie admits, the vast majority of black murder victims are unquestionably killed by other blacks. The criminologist offers a lengthy historical explanation of why that is still, in 2020, the fault of whites (as you no doubt would anticipate, FDR’s redlining plays a role), but the 21st-century empirical data in the book is eye-opening:

In the United States today, a young black man has fifteen times the chance of dying from violence as his white counterpart.

Why do murderous blacks and their victims skew so young? Among whites, “hardened criminals” tend to be considerably older than they are among blacks. Does the violence gap between the races decline with age? It’s an unanswered question whether the racial disparity in homicidal tendencies actually diminishes with increasing age, or whether blacks of criminal inclinations simply tend to wind up dead or in prison earlier than whites do.

What makes these disparities even more sobering is that the rates of violent death for white men in the United States are themselves quite high by comparison with those of men in other advanced industrial societies…. The current annual homicide death rate for non-Hispanic white men in the United States, at nearly four per 100,000, is more than five times the rate for all German men, and close to twenty times the rate for men in Japan.

Contrary to the usual assumptions that racial gaps are driven by white bigotry, they tend to be smallest in Southern and old Wild West states, and largest where whites are best-behaved, such as in North-Central blue states:

In the state of Illinois, for instance, the homicide death rate for young African-American men (ages fifteen to twenty-nine) has averaged 143 per 100,000 over the course of the twenty-first century, thirty-seven times the rate for white men the same age.

Surely, though, race is less important than sex when it comes to murder rates?

But so strong is the effect of race that a black woman has half again as much chance of dying by homicide as a white man…. Black women lose far more years of life to homicide than to diabetes—a notorious killer of African-American women.

Gun homicides are a much bigger proportion of overall violent deaths among blacks than among whites—roughly 83 percent and 60 percent, respectively…. The figure climbs to 86 percent for black men specifically, and to an astonishing 94 percent for black men aged fifteen to twenty-nine. And these proportions have been increasing in recent years.

Among African-American men who haven’t been to college, the chance of being shot to death:

But guns don’t explain The Gap. Even though only 14 percent of black men’s murders don’t involve guns:

From 2001 through 2017, well over 400,000 African Americans were treated in an emergency room for a non-fatal firearm assault, versus roughly 122,000 whites…despite the fact that the white population as a whole was nearly five times larger.

That blacks are sixteen times as likely as whites to be wounded by gunfire but only nine times as likely to be murdered is related in part to black shooters’ tendency to open fire at block parties and funerals, wounding multiple bystanders in hopes of killing the one or two guys they are really mad at.

“Social science books like A Peculiar Indifference are useful for equipping citizens with the numbers needed for the coming debates.”

Why do some blacks behave this way? Currie quotes one young Atlanta black man with a memorable facility for expressing his alarming worldview:

There’s only a short time in this world for everybody. I’m going to make yours shorter than mine. Believe that. I don’t think about nobody but me and mines, you hear? No sympathy, no way.

Currie, on the other hand, more or less subscribes to the “Gee, Officer Krupke” theory that “Hey, I’m depraved on account I’m deprived.” But he keeps digging up evidence to the contrary. In a 2013–14 study of gun violence in Philadelphia:

Strikingly, however, the racial disparity steadily increased along with rising neighborhood income. In the poorest neighborhoods, with a median household income below $20,000, blacks were shot at a rate roughly one and a half times that of whites…. The result was that in communities with average household incomes over $60,000, blacks faced a nearly sixteenfold greater chance of being shot than whites.

Atlanta makes a good test case of whether poverty alone explains the worse rates of shooting among blacks because it attracts middle-class college-educated blacks:

In relatively low-disadvantage areas in Atlanta that were mostly black, homicide rates were roughly four times higher than in comparable white areas…. Broad economic and social circumstances explain much of the disparity in violence between the races, but they don’t explain all of it.

Currie’s theoretical explanation for why all these eye-opening empirical realities are the fault of white folks is less interesting. He follows Jim Crow-era writers such as W.E.B. Du Bois, Gunnar Myrdal, and Kenneth B. Clark in arguing that blacks take their aggressions out on each other because white supremacy prevents them from getting at their rightful victims, whites.

But Jim Crow was a long time ago. In fact, we live in an era, especially since the emergence of Black Lives Matter in 2014, when flattering blacks and demonizing whites is de rigueur.

How’s that working out for blacks, anyway?

Not well. After a long decline, the total number of murders nationally rose 23 percent from 2014–2016, while the black share of all murder offenders rose from 52.5 percent in 1980–2008 to 55.9 percent in 2019. Following George Floyd’s death on Memorial Day, murders across the U.S. are up the most dramatically since national tracking began around 1960. Princeton sociologist Patrick Sharkey tweeted on Nov. 20:

After a deep dive into multiple sources of data from the 100 largest cities, my conclusion is that 2020 has been an extremely violent year. The murder rate will rise substantially this year….

Homicides across America rose more than 28 percent in the first nine months of this year….

The Major Cities Chiefs Association of top cops reported that across 67 cities, the number of homicides grew from 4,759 in the first nine months of 2019 to 6,124 this year.

While the Post’s headline blames the pandemic, most of the increase over 2019 came after Memorial Day. Murders were up especially in Black Lives Matter cities, such as a 110 percent increase in Milwaukee (nearby Kenosha is home to Jacob Blake), 85 percent in Minneapolis (George Floyd), and 79 percent in Louisville (Breonna Taylor).

What was The Establishment thinking in promoting this predictable slaughter?

My theory has long been, going back to Chicago’s demolition of near-Loop housing projects, that, because poor black people are America’s perpetual hot potato that everybody hopes to hand off to somebody else, white urban elites wish to shove inner-city blacks onto the hinterlands.

But how can they justify such a self-interested strategy? Easy: They aren’t doing it to rid themselves of troublesome elements; instead, they are sharing their precious Diversity with you in the name of fighting (your) segregation, racism, hate, white privilege, and other bad things.

The 1990s Chicago Democrats (such as Rahm Emanuel, the Pritzkers, the Daleys, Valerie Jarrett, etc.) even had a fully thought-through three-point plan:

(2) Build condos for yuppies on the land.

Weirdly, this Democratic conspiracy to recruit classy blacks to help push underclass blacks out of the good parts of Chicago had so much momentum that it wound up taking over the White House in 2009.

On the other hand, even in Chicago this plot has somewhat backfired, with the displaced persons from the projects moving into other black neighborhoods, setting off murderous gang wars that seem to have driven many respectable blacks out of the city, setting off an ominous cycle of decline.

So it’s not as if elites know exactly what they are doing.

With a Biden administration looking to be the third coming of the Obama administration, and Biden threatening to revive Obama’s Affirmatively Furthering Fair Housing initiative to unload unwanted blacks on suburbs and small towns, it’s important that everybody has access to the facts, a job the mainstream media has largely given up on. Social science books like A Peculiar Indifference are useful for equipping citizens with the numbers needed for the coming debates.