The Partisan vs. Reality 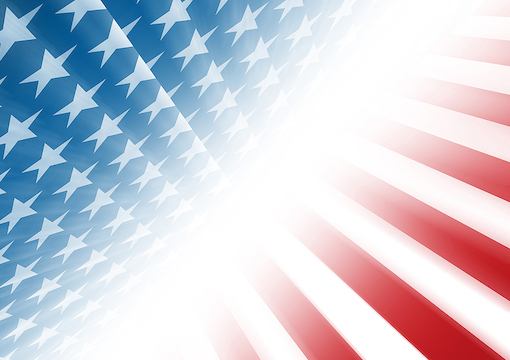 In American politics, the term “partisan” gets tossed around a lot. In modern usage it means something like party loyalty or party mindedness. The political partisan cares only for their issue or the interests of their party. Truth and falsehood lose all moral connotations for the partisan and become tools to advance their interests. This sounds a lot like sociopathy, which explains the nature of the political class.

The concept comes from Lenin. He argued that objectivity in political and economic analysis was impossible in a class society. The members of each class would naturally advance the interests of their class. What is understood to be truth for members of one class would always favor their interests, so there could never be agreement between the classes on economic or political truth.

For the early communists, this was an important tactical innovation, because it gave them a tool to defend themselves against bourgeois objectivism. The communist no longer had to worry about what is the ideal solution for the whole of society, but instead could proudly focus on the interest of the working class. Partisanship simplified the political battlefield and focused the communist on his enemy.

“At some point, the people will conclude that there is no reasoning with a fanatic and the only solution is to remove them by any means necessary.”

While partisanship was an effective tool for communists in the prior century, it suffered the same defect you see with ideology. That is, reality does not go away when you stop believing in it. Marxist economic theories were nonsense, and no amount of partisanship was going to make them work. We are seeing the same problem unfold with the managerial elite as they play out their revolution from above.

One of the more difficult things for most people to accept is that the ruling classes of the West, particularly in the United States, are best understood as a revolutionary class, with the same utopian fantasies as past radicals. They imagine themselves as the vanguard of a revolutionary cast, ushering in the final phase of history. Instead of “Workers of the world unite!” it is “Build back better!”

With that revolutionary mindset comes the partisan outlook. When Rahm Emanuel in 2008 said, “You never want a serious crisis to go to waste,” most people focused on the callousness of those words. What followed, however, was the important bit. “What I mean by that is it is an opportunity to do things you did not think you could do before” reflects the partisan mentality of a revolutionary, not a political opportunist.

It is the all-consuming partisanship of the managerial elite that is at the heart of the crisis in the West. Partisanship leaves no room for criticism or the admission of error, as that could lead to doubts about the cause. Instead, the partisan always asks how the current setback or obstacle can be fashioned into a weapon against the enemy or a tool to promote the interests of their side in the fight.

The current baby formula shortage in the United States is a good example. Because of gross mismanagement of the economy for thirty years, America is now plagued with random shortages and inflation. The reason for this is the supply chains have been leaned out to maximize profits, but in the process they have become fragile. Redundancy was auctioned off and now the supply chains are breaking.

In fairness, this is not the fault of the Biden administration. These are people who have never done an honest day’s work in their life. They would not know a supply chain from a gold chain. As far as they know, products just magically appear when they need them, like on the old television sci-fi shows. They have servants who make sure the Sub-Zero refrigerator is stocked with premium ice cream for the late-night binge.

Instead of simply admitting that they have no idea why the shelves are empty, their innate partisanship has led them to attack nursing mothers. According to the White House, the problem is nursing mothers hoarding formula. This is one step from blaming the problem on running dog enemies of the revolution. From the perspective of our revolutionary elites, this crisis is just another opportunity to attack their enemies.

The same pattern is clear in the war against Russia. On the one hand, we get relentless propaganda about how the heroic Ukrainians are taking the fight to the enemies of the revolution and their stooges in the Donbas. On the other hand, anyone who questions this nonsense is attacked as a Putin shill. If you are not 100% behind the war on Russia, then you are an enemy of the revolution.

This summer, you can be sure that the pattern will hold. The call has already gone out to unleash the goons on normal people again. They are replacing their Ukraine badges on their social media profiles with pink ribbons. Anyone who thinks it is a good idea for a democracy to democratically settle the abortion issue will be branded an enemy of democracy, maybe even be attacked by the goons.

Objectively, everything we have witnessed since the start of the revolution has ranged from madness to idiocy. Pretending that sexual deviants in sundresses are women is abject lunacy. Imposing economic sanctions on your suppliers when you already have shortages and inflation is idiotic. All of it, however, is driven by a hyper-partisan animus toward the perceived enemies of the revolution.

This is why reason has no impact on these people. Once the promised outcomes of ideology are internalized as achievable ends, extreme partisanship is the only way for the believer to engage with the world. Everyone who questions the means or motives is an enemy of the revolution. Every failure to reach the promised land is turned into a motivation to go harder with the program. The partisan is a berserker unleashed on the reasonable to turn reason into a liability.

One of the fascinating aspects of Bolshevism is that they just assumed that once they made the right arrangements, the socialist paradise would simply appear. This is what made their partisanship possible. They never thought about the practical problems of implementing their program. They only had to focus on clearing the road to paradise of the enemies and obstacles that lie before it.

We see the same thing with the liberal democratic revolutionaries. Their assumption is they just have to subvert the rules of society, smash up the things they do not like, and then paradise will spring from the rubble. Those who are complaining about the wrecking balls and riots are hooligans and wreckers. They are proof that they must press on with the revolution, regardless of the consequences.

The main difference between today’s managerial revolutionary and the Bolsheviks is the latter inherited a backward society, while the former inherited an advanced one. The improvements under Stalin looked like a miracle to the people of the time, because they started with so little and suffered so much in the war. The Soviet Union that emerged after the war looked like it was working in a relative sense.

The “improvements” of this age look like self-destruction. People are getting poorer, social capital is draining away, and government struggles to do the basics. Worse yet, the lunatics are loose, threatening to pull the roof down on all of us. At some point, the people will conclude that there is no reasoning with a fanatic and the only solution is to remove them by any means necessary.