The Politics of Smash and Grab 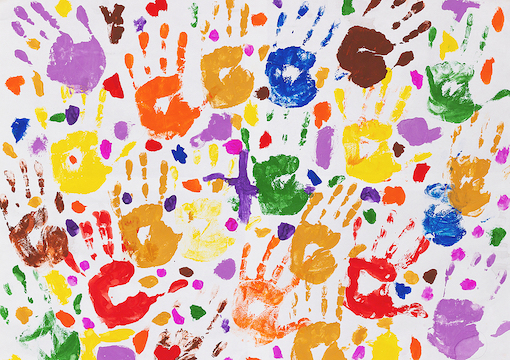 The otherwise sterling reputation of Baltimore City took a hit last week when the local news reported on the plight of Tiffany France. She is the mother of a 17-year-old son, who was just informed he will have to start high school over again. She thought he was on pace to graduate this spring, but it turns out that he passed just three classes in four years and was carrying a 0.13 grade point average.

Now, failing students are not a new thing. Students passing through the American public school system without learning much of anything is not new either. In the urban jungles of places like Baltimore, the public schools are gladiator academies. They are pre-prison, where young males learn to function as a gang member or learn how to navigate around the gangs. They also keep the kids off the streets during the day.

This is made clear by the other fact in the story. The young man in question had a 0.13 grade point average, which is the top half of his class. This means roughly half of his coevals are reaching their final year of high school without ever having passed a single class. Given the indifference to the situation, it is fair to say that those entering the system have a slim chance of actually earning a high school diploma.

“For the American ruling class, society is just a Walmart in the middle of a ghetto riot.”

Conventional conservatives love stories like this because they think it proves that their knee-jerk hostility to government is warranted. They will rely on their conservative conditioning to blame the mother for not paying attention to her son’s education. Maybe blame the teachers’ union or the Democrats who run the city. The race realists, of course, will chuckle about the elephant in the room.

The problem with that is the mother appears to be doing what the self-styled individualists think she should be doing. According to the local news, Tiffany France is working three jobs to support her kids. Now, given the source, it is possible none of this is true. The American media, at all levels, is propaganda and outright fabrication. It is possible that Tiffany Francis is not even a real person. It is that bad.

Even if she is mostly a work of fiction, we know there are lots of black people in the city doing their best to be good citizens. Only about five percent of the black population are persistently criminal. The other 95 percent, assuming they are not gunned down by the five percent, try to live their lives as best they can. They try to follow the rules of the system, like sending their kids off to the public schools.

The reason Jonquarious cannot read is because the people in charge simply do not care if he cannot read. They feel no duty to him or anyone else. They live the libertarian life, which means smashing and grabbing as much as they can. For the American ruling class, society is just a Walmart in the middle of a ghetto riot. The winner is the one who manages to carry off the most stuff before the store burns down.

What is worse is that when stories like this come to public attention, the ruling class swings into action. They sanctimoniously blame the people in some way, while promising to be the hero by fixing it. In this case, the bogeyman of racism will be brought on stage to justify more money poured into the system. That money will be stolen by the friends of the same people responsible for this mess.

You see how this plays out in this story. The student in question attends something called Augusta Fells Savage Institute of Visual Arts. This school is located in West Baltimore, one of the hardest-thumping ghettos in America. This is one of the most violent areas in one of the most violent cities in the country. This school is 97 percent black, and less than one percent of students are considered proficient for their grade.

Given the demographics and the economics, you would think the focus of the schools would be on practical things like learning a trade. A black kid who can weld has a chance to get out of the ghetto. Instead, this school’s mission is to “prepare 21st-century leaders and learners in an arts-focused learning community.” The reason Jonquarious cannot read is because he spent four years finger-painting.

Why is there an arts school in a ghetto? This pleases the people in charge, who find the practical parts of life icky and gross. The people they despise fix toilets, mix concrete, and screw things together on shop floors. The people they like have self-actualizing lives in the arts. This is why they put an arts school in a ghetto. It lets them pretend they are not responsible for the people trapped in these ghettos.

Cities like Baltimore, like the country itself, have a lot of problems that are the result of the people. There is no denying that. If the state installed a colonial government that did its best to fix the schools, run an efficient government, and maintain the infrastructure, the outcome would be limited by the low ceiling of the population. The best that Tiffany France can hope for is a quiet, peaceful working-class life.

The trouble is no one in the ruling class thinks this is a worthy goal. They spend all of their time fretting over transvestites and homosexual rights in Uganda. They care more about Bantu perverts on the Dark Continent than the Africans in their backyard. The streets are a wreck, murder is a daily occurrence, and slumlords like Jared Kushner pick the bones of the local population.

The usual suspects snicker into their sleeves at the tragedy of Tiffany France, but she is just the cutting edge of the life they are living. The same people who prey on the souls of black folk in Baltimore, prey on their white analogs in the county. Literally. Jared Kushner is a Baltimore slumlord. He was also the man who helped Donald Trump treat his voters like that ghetto Walmart in the middle of a race riot.