The Postwar Party’s Over 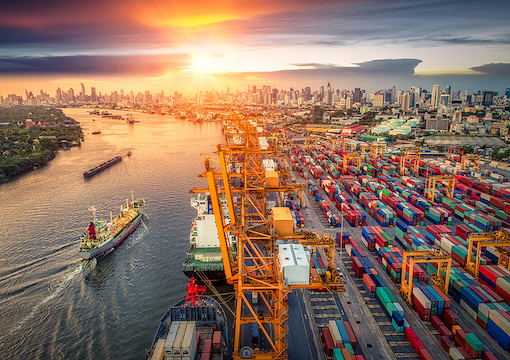 The year 1989 is remembered for two momentous events. One is the collapse of the Soviet Union, which started with the February roundtable talks in Poland and concluded with the opening of the Berlin checkpoints in November. The other big event was the Tiananmen Square massacre and the refusal of the West to halt relations with China in the wake of it. Those two events changed the trajectory of the West.

Another less well-known event may turn out to cast a much longer shadow on the United States and the Global American Empire. That is the embrace of the business concept known as outsourcing. This is the strategy of contracting an outside vendor to perform services or make a product that had traditionally been performed by the company’s own employees and staff.

The argument in favor of outsourcing was simple. Why would the widget maker try to be good at making widgets and distributing the widgets, when he could focus on widget making and let an expert in distribution handle the logistics? Even assuming a healthy profit for the vendor, their efficiency and expertise has to make the relationship more profitable than doing the job poorly in-house.

“Those superefficient systems built on the theory of outsourcing only work when everyone agrees to make them work.”

Throughout the 1990s, companies looked for ways to strip down their business to the core competencies by outsourcing processes to competent vendors. This had the added benefit of reducing labor costs. Along with the spread of new technologies, labor productivity soared in the 1990s. According to economists, the acceleration of labor productivity growth that began during the mid-1990s defines the postwar era.

The outsourcing craze even infected government. In the Clinton years, Al Gore led an effort to “reinvent government” by partnering with the private sector. The National Partnership for Reinventing Government was supposed to reduce red tape within government agencies and lower costs through outsourcing. Thousands of government workers shifted from the government payroll to private payrolls.

Inevitably, the outsourcing craze became a weapon in the hands of the nation wreckers, who used it to promote open borders and trade deals. In the name of efficiency, manufacturing was shifted to low-labor-cost countries like China. Call centers were moved to Mumbai, and the tech giants imported helot labor from Asia to suppress wages in Silicon Valley. This was all in the name of economic efficiency.

The globalization of the American economy worked if one focused only on the economic metrics that are popular with the central planners. Inflation remained low, despite a massive expansion of the money supply. Employment stabilized to the point where no one took note of unemployment figures. The gross domestic product rose every year at a steady, predictable rate.

More important, the business cycle was arrested. The economy withstood the collapse of the tech bubble and the mortgage bubble with limited suffering. The massive expansion of debt had no impact on the economy. In fact, debt was now the primary fuel of the economy. As long as there was little friction in the global supply chain, the economy seemed bulletproof.

That was always the problem. The frictionless world that followed the end of the Cold War was an exception. The rule in human history is that countries have disputes, often ending in wars. Even when war is avoided, economic activity is warped due to trade sanctions, boycotts, and tariff schemes. The global economy is not a frictionless, hyperefficient machine, but rather a collection of competing interests called nations.

This is why the West is being poleaxed with red-hot inflation, energy concerns, recession, and the threat of food shortages. Money printing has played a role, for sure, but the big driver of inflation is the fragility of the global supply chains. Those superefficient systems built on the theory of outsourcing only work when everyone agrees to make them work. They fall to pieces when the world is at war.

The United States, for example, is learning that a small number of large suppliers for something like baby formula can be highly efficient, as long as those few suppliers are on top of their game. The same problem has wrecked the semiconductor market, which was outsourced to Asia. In other words, the global supply chain is a highly efficient model as long as nothing ever goes wrong.

What three decades of outsourcing has done is present American policy makers with a terrible set of options. One is they can begin the painful and expensive process of re-shoring essential parts of the supply chain. The other is they can let inflation rip and eviscerate the middle class. The last choice is to aggressively attack inflation through monetary policy, which will collapse asset values and possibly the financial system.

Put another way, the three-decade-long postwar party that was underwritten by pulling forward economic growth is over. Not only are the good times over, but the bill for the extravagant party is now due. China can no longer supply cheap labor and is in no mood to do it even if it were possible. Along with Russia and India, a new counter to the West is forming up that will make re-globalization impossible.

Compounding all of this is that the United States is faced with an aging population and massive social welfare commitments. Even if there is a commitment to re-shoring the vital parts of the economy, the money to do it will be eaten up by a swelling pensioner class that is not known for sacrifice. Like locusts, the baby boomers will leave nothing behind once they depart this mortal coil.

Another effect of the long economic party is that America is now saddled with a political class that lacks seriousness or competence. Good times made it easy to tolerate carny folk in the political class. This is why they are more concerned with staging their show trials than addressing the economy. Even if the public wants to take its medicine, there is no one in Washington capable of giving it to them.

In 1989, the fall of the Berlin Wall felt like it was up there with the signing of the Magna Carta and the French Revolution. The Tiananmen Square massacre seemed like an inflection point for China. Both are quickly fading from our collective memory, while the embrace of the novel concept of outsourcing still haunts us. In the end, that will probably be remembered as that year’s most important event.