The Price of Admission 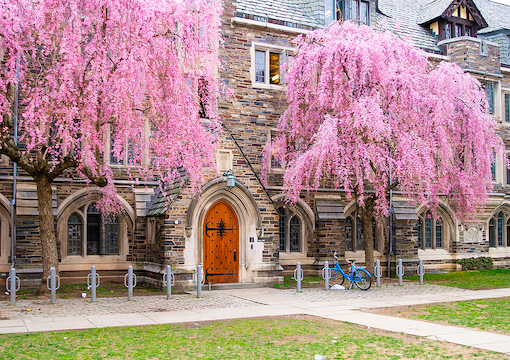 In recent weeks, American college admissions departments sent out to high school student applicants millions of thick envelopes (good news) and thin envelopes (bad news). But finding out what colleges decided in aggregate is becoming increasingly difficult as more universities respond to the various critiques against them by clamping down on their release of information.

For example, Princeton University announced last month that it was not going to issue its annual press release on how many undergraduate applications it had accepted for admission. It will only publicly announce late in 2022 how many students had enrolled. Princeton’s bureaucrats rationalized their censorship with the implausible argument that increased public ignorance will

…help us keep students central to our work and tamp down the anxiety of applicants.

Princeton’s decision might have something to do with a statistic that Princeton used to announce each April about the applicants it had accepted. In 2014:

…49.2 percent have self-identified as people of color, including biracial and multiracial students.

…56 percent have self-identified as people of color, including biracial and multiracial students.

Sixty-eight percent of U.S. citizens or permanent residents in the admitted group self-identified as people of color, including biracial and multiracial students.

During the current racial reckoning, it’s mathematically inevitable that for nonwhites to benefit, the children of white parents must suffer. But many white folks are just waking up to that fact. Thus, continuing to issue press releases rubbing their noses in it might be imprudent.

Similarly, the University of California campuses appear to have deep-sixed releasing information on the racial makeup of those they accepted, but rumors are rife that this year the U of C admissions departments went Full Diversity.

Princeton has been ranked No. 1 in the US News & World Report listing of top colleges for eleven consecutive years, so it clearly knows how to play the data game.

But that contest has been getting more complex even for the most wildly successful American colleges, among which Princeton ranks in the top four along with Harvard, Yale, and Stanford. Princeton’s endowment is $37.7 billion, a huge sum for the smallest of the HYPS superschools.

Multiple factors are converging to make administering even at Princeton a more challenging job than in years past.

“Multiple factors are converging to make administering even at Princeton a more challenging job than in years past.”

First, the George Floyd Memorial “racial reckoning” has led to demands for even more Diversity-Inclusion-Equity. But, of course, while the DIE mania drives up demand, it can’t generate more supply of African-Americans smart enough and hardworking enough to be suitable Princeton students. There’s a fixed supply, over which American colleges have been wrestling with each other for the past half century in a zero-sum game.

Second, Covid has brought about the Not So Great Reset in which improvised lockdown responses, such as making admissions tests optional (as at Princeton) or banning them altogether (as at the University of California), become precedents for enduring but self-destructive changes.

MIT has shown the gumption to announce in March that it will go back to mandatory testing next year. (MIT is the smart money: Bachelor degree holders from MIT earn the highest salaries in the U.S.) But most colleges are being swept along in the anti-objectivity tide that has inundated the U.S. since the pivotal year of 2020.

Third, Asians are getting so adept at piling up objective measures on college applications that they are pulling away from all other races on test scores and grade point averages. Thus, colleges are quietly worrying about a Yogi Berra Effect: that their colleges might get so Asian that even Asians won’t want to go there anymore.

In 2022, the world’s most fashionable colleges remain the old Anglo-American universities that trained the elites who won World War II: Oxford, Cambridge, and the Ivy League (plus Cold War winner Stanford and a few other American schools). The ancient universities of the Continent have never recovered from their nations’ humiliations in WWII. And Asian universities have virtually zero brand-name recognition in the culturally dominant English-speaking world.

White people made American colleges immensely fashionable around the world, but now America is running out of white kids.

For example, USC reported that whites received only one-fourth of its admission offers this year.

Of offers to students that applied domestically this year and who indicated a race on their application, 52 percent of offers were made to students of color—a record percentage for the University. Last year, 41 percent of accepted students were applicants of color.

The admitted student cohort is also made up of 41% U.S. students of color—specifically 15% Hispanic and Latino students, 14% Black students, 11% Asian and Pacific Islander students and 1% Native American students.

Fourth, there’s the nagging question of whether white American kids have finally given up on their honor code that long kept them from cheating like Brazilians do when checking the race boxes on applications subject to affirmative action. In the U.S., one Achilles’ heel of our vast system of racial preferences is that it depends upon self-identification. The Pew Research Center reported in 2021:

My parents moved to New York from Puerto Rico. Am I Hispanic?
You are if you say so.

My grandparents were born in Spain but I grew up in California. Am I Hispanic?
You are if you say so.

I was born in Maryland and married an immigrant from El Salvador. Am I Hispanic?
You are if you say so.

My father and brother were president but I married a Mexican lady. Am I Hispanic?

You are if you say so, Jeb.

In theory, DIE asserts that whites are the worst people in the world. But in practice, DIE depends upon whites being the most ethical.

But what if whites finally start living down to their reputation? In 2021, a website called Intelligent.com announced it had conducted a survey of 1,250 whites and found:

(2) 48% of people who lied claimed to be Native American

(3) 3/4 of people who faked being a racial minority on their applications were accepted by the colleges to which they lied….

(4) Men are three times as likely than women to lie about their race on a college application. Forty-eight percent of male respondents claimed to be a minority on their college application, compared to just 16% of female applicants….

Well, maybe… But I don’t see real-world results that look much like this. For example, Princeton reported to the Common Data Set Initiative in 2021 that only 10 of it 5,236 undergrads were American Indians. If one-eighth of whites really are bluffing their way into college by claiming to be Native Americans, they apparently aren’t fooling Princeton.

Further, where are all the 35- to 44-year-old male college graduate Pretendians? Since Rachel Dolezal in 2015, there have been several scandals involving white academics or NGO workers being exposed as fake Persons of Color, but almost all were leftist women.

My guess is that rather than represent a growing trend, this survey got trolled by some guys having a laugh over Sen. Elizabeth “Fauxcahontas” Warren.

Fifth, the Supreme Court will consider the lawsuit filed by Asian students denied entry into Harvard and North Carolina due to affirmative action for blacks and Hispanics. So far, this suit has led to the publication of embarrassing data showing just how heavy the quota thumb is on the scale.

Using detailed admissions data made public in the SFFA v. Harvard and SFFA v. UNC cases, we examine how racial preferences for under-represented minorities (URMs) affect their admissions to Harvard and UNC-Chapel Hill. At Harvard, the admit rates for typical African American applicants are on average over four times larger than if they had been treated as white. For typical Hispanic applicants the increase is 2.4 times. At UNC, preferences vary substantially by whether the applicant is in-state or out-of-state. For in-state applicants, racial preferences result in an over 70% increase in the African American admit rate. For out-of-state applicants, the increase is more than tenfold. Both universities provide larger racial preferences to URMs from higher socioeconomic backgrounds.

Harvard, which isn’t stupid about taking steps to counter its image, actually likes accepting some poor whites, just as it accepts into its freshman class fifteen or twenty military vets each year. (What Harvard doesn’t much like is accepting boring middle-class whites.) But Harvard doesn’t like poor blacks. Why?

(2) Harvard tried admitting black males from the ghetto when starting up affirmative action in 1969, but unfortunate incidents ensued. For the safety of other students, Harvard quickly learned to accept Carlton Banks types instead.

Sixth, the public doesn’t like racial preferences, because they are inherently discriminatory:

As the debate over college admissions policies reignites, a new Pew Research Center survey finds that most Americans (73%) say colleges and universities should not consider race or ethnicity when making decisions about student admissions. Just 7% say race should be a major factor in college admissions, while 19% say it should be a minor factor.

But does the public grasp just how large (and growing) is the gap in average academic ability between blacks and Asians? University administrations are extremely aware of how few blacks would get in with a level playing field…but they can’t mention it because that would seem racist.