The Quest for Democracy 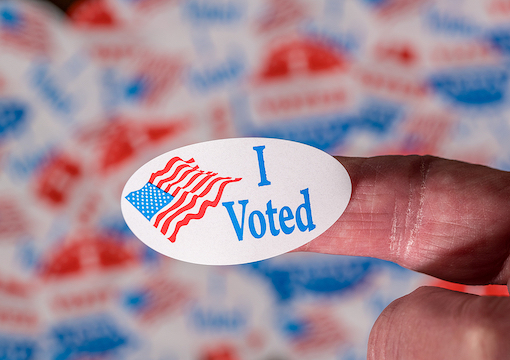 Mostly forgotten today, Dahl’s ideas helped shape the modern American left’s understanding of democracy and politics. For example, one of Dahl’s conditions for democracy was that citizens not only require equal opportunities to participate in the democratic process, they must participate in the process. A democracy in its truest form has all members of society participating and voting.

This explains, in part, the left’s mania for getting everyone to vote. True democracy requires participation by everyone. Of course, that also explains, in part, their zeal for extending the franchise to every conceivable demographic. They are currently pushing the repeal of laws that deny the vote to criminals and the insane. In some jurisdictions, foreigners are now allowed to vote in local elections.

This is also why the left are always accusing their enemies of suppressing the vote or spreading disinformation. From their perspective, anything that could discourage someone from participating in the process is an effort to retard democracy. In practice, this means efforts to neutralize the left’s get-out-the-vote efforts, regardless of their legality, are viewed as voter suppression.

Another one of Dahl’s conditions that is now a principle of the left is that a democracy must be one person/one vote and the majority always carries the day. The left’s hatred of the electoral college and the parliamentary rules of the Senate is not simply a manifestation of the ends justifies the means. From their perspective, democracy is the only moral form of government, and that means majority rule.

Probably the most interesting of Dahl’s conditions is the assertion that in a democracy, all individuals possess identical information about the alternatives. Put another way, informational asymmetry is the great enemy of democracy. Those with a full knowledge of the choices can operate at an advantage over those who are either uninformed or misinformed about the issues on which they will vote.

“Americans think their votes matter, but in reality, they are subjects in an increasingly authoritarian oligarchy.”

For a highly moralistic movement like American Progressivism, the desire to inform the public of their choices quickly devolves into a moral code. The ideas and arguments outside the moral code must be suppressed, in order to ensure the citizens are properly informed about their choices. The censorious despotism we see today is the natural product of the combined desire for pure democracy and communal salvation.

While Dahl’s ideas about democracy help inform us about the modes of thought on the left, they also reveal the inherent defects of democracy. His first condition, which is universal participation, is both impractical and inadvisable. Mother Nature does not distribute her gifts equally. Pretending otherwise is to descend into madness. A healthy society accepts this and excludes some members from the process.

This leads to the second defect of democracy. Because of the natural inequality of man, the citizens can never be universally and equally informed about the possible choices facing society. Combined with the fifty-percent-plus-one condition, it means critical issues can be decided by the dumbest, least informed voter. Asking the village idiot to cast the deciding ballot is a form of societal suicide.

To his credit, Dahl understood this to a certain degree, which is why he coined the term “polyarchy” to describe Western liberal democracy. This is an optimistic form of governance in which power is invested in multiple people or institutions. Many aspects of democracy are incorporated, like voting and public participation, but the scope of choices is limited by the people and institutions that wield power.

We see this today with how the new power centers in American life are exercising their influence over our politics. Silicon Valley oligarchs are now taking over the public square, narrowing the range of acceptable debate. The financial elite are controlling the economy through the manipulation of the money supply. Official politics is mostly about referring disputes between the power centers of society.

What we see today, of course, is that the real power in society is independent of democratic control. Congress, for example, is powerless to reign in the excesses of Silicon Valley. They can appeal to the tech oligarchs for relief from their censorship, but they are powerless to stop it. The donor class controls the available options for the voters, so no matter the vote, the result is always the same.

The people at the top of these power centers are not independent operators, but part of elite economic and policy planning networks. This allows for not only a passive form of cooperation, but a sense of cultural identity. What the paleocons used to call the managerial state is now better understood as a managerial class. This class is now culturally detached from the society over which it rules.

Consequently, the options put on offer to the voters will always be those favored by this new power elite. Democracy itself becomes a tool to keep the rest of society diverse, disorganized, and powerless. The effect is that liberal democracy operates as an oligarchy, but is decorated with the trappings of democracy. Americans think their votes matter, but in reality, they are subjects in an increasingly authoritarian oligarchy.

American politics is becoming more fractious, in part, due to this conflict in understanding about how our system actually functions. Partisans on both sides are convinced that the answer lies in democracy, but neither side understands that the ruling elite is now outside the grasp of democracy. Elections have become ceremonial, but both sides assume this is due to the machinations of the other.

The quest for democracy in America has brought us a system that is antidemocratic, bordering on authoritarian. The public, however, is convinced that the way out of this trap is more democracy. The more people vote, the more strident they become in their partisanship, because the results of each election are less responsive to the will of the voters. Democracy is a narcotic that is killing American society.