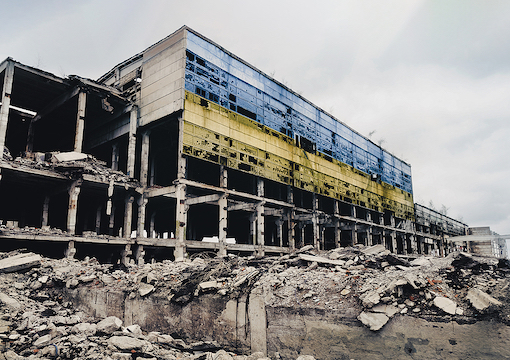 One of the lessons of the Great War was that the political class in a liberal society could not afford to allow the military elite to control war policy. Once the war began, policy making was largely handed over to the generals. It was their job to prosecute the war, and the politicians organized the domestic support for it. The monstrous results of this arrangement made clear that war cannot be left to the generals.

A century later, we are seeing a replay of this terrible error. The political class in the West has handed foreign policy and war making over to a professional class that operates independently from the political class. Regardless of the party in power, the foreign policy of the West remains the same, because the people designing and executing policy never change, regardless of election results.

This reflects the political reality of the Global American Empire. A semipermanent cabal of insiders, along with the military-industrial complex, run foreign policy. Thirty years ago, neoconservatives gained control of the foreign policy establishment of the United States, and they have dictated policy to the politicians. The one exception was Donald Trump, which is why he was regime-changed out of office.

“The extent of the unfolding disaster in Ukraine is being kept from the Western public, but it is still a disaster.”

Of course, this means they control war policy as well. The military of the Global American Empire has been transformed to meet the needs of the foreign policy elite that uses it as its primary weapon of diplomacy. The intelligence services have also been integrated into this system. The result is an American foreign policy that consists mostly of regime change and aerial bombardment.

It is this narrow group that has been running Ukraine policy since the Obama administration, and they are the people responsible for the current war. They were prepping Ukraine for entry into NATO, relying on a mix of NATO officers, private military contractors, and spooky characters from the shadows. All of this was in furtherance of the war on the current Russian leadership.

Note that no one in the West ran for office on a Ukraine policy. Militarizing Ukraine and organizing Bandera battalions were never on the ballot. These schemes that have led to the current war in Ukraine were never put before the public. The reason is the political class has had no role in this policy. Like war strategy in the Great War, foreign policy in the West is no longer in the hands of the politicians.

Now that it is a hot war, the professional war fighters are organizing the ground battles against the Russians in Ukraine. According to Le Figaro senior correspondent Georges Malbrunot, who was on the ground with mercenaries in Ukraine, “Americans are directly in charge of the war on the ground.” Ever the obedient lapdog, Britain has sent SAS trainers to Kiev to train Ukrainian militants.

Now, of course, it is the job of the political class to sell the war to the public, which they have been happy to do. Much like the Western politicians who sold the Great War, the current politicians had no idea what they were selling. Liz Truss, the British Foreign Secretary, cannot read a map. She regularly confuses things like the Baltic Sea and the Black Sea. Despite this, she encouraged young men to volunteer to fight in Ukraine.

She is hardly unique. Everyone knows that Joe Biden is a vegetable. Kamala Harris is as dumb as a goldfish. The people running American foreign policy are Antony Blinken, Victoria Nuland, and her husband, Robert Kagan. These are the people who call the shots, along with their analogs in the military-industrial complex. They are running the war and telling the politicians that it is going to plan.

If the plan was to destroy the West, then it is going to plan. If the plan was to win the war and defeat the Russians, then that is another story. It is becoming clear that NATO planners prepared the Ukrainian army to fight a totally different army from the one Russia has sent through the Donbas. Despite having numbers, home-field advantage, and access to superior equipment, the Ukrainians are being routed.

The extent of the unfolding disaster in Ukraine is being kept from the Western public, but it is still a disaster. The Russians have the Ukrainians bottled up in the east and are preparing to unleash a massive offensive to wipe out that army. By the end of April, the Russians will most likely control everything east of the Dnieper River. The part controlled by Kiev will have no ability to defend itself if Russia moves on them.

The disaster is not limited to the battlefield. Rather, the battlefield now extends far beyond Ukraine, thanks to the people running this operation. They decided to launch an economic war against Russia, believing this would topple Putin. They just assumed they could collapse the Russian economy with some financial tricks. They even sent Joe Biden out to brag about this at the State of the Union address.

Instead, they have plunged the West into an economic crisis. The West is now suffering from inflation rates not seen since the 1970s. Shortages of essential consumer items are becoming a part of normal life. Commodities like fertilizer are seeing frantic price spikes, meaning food inflation and global food shortages are on the horizon. This is on top of the currency war that is being waged against Russia and China.

This may be what saves the West from another catastrophe. The looming disaster in Ukraine cannot be covered up with clever messaging or media censorship. Unlike a century ago, the modern media age makes it difficult to hide anything. There are too many people with mobile phones and the ability to post pictures and video from Ukraine on social media. The world will know what is happening there.

Similarly, the media can only chant “Putin price hikes” for so long. The gas lines and food price hikes will be all that matter. Generations of deracination have made it impossible for Western governments to demand sacrifice from their people. When you have convinced people that the nation is a meaningless social construct, they are not going to sacrifice for it. They will look for someone to blame.