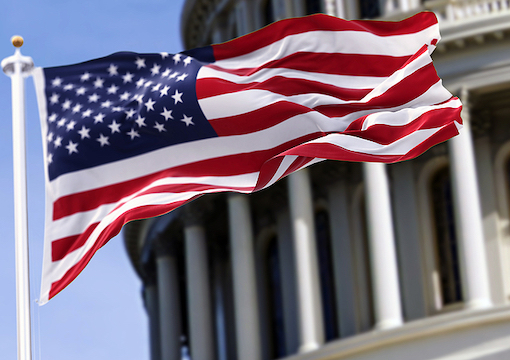 Given how often our rulers chant about the glories of democracy, it is hard to believe that there was a time when they were skeptical of it. Within living memory both sides of the political consensus in America saw democracy as a thing to be avoided rather than something to be worshipped. America was a republic, not a democracy, even though it had some democratic elements to it.

On the right side of the consensus, the argument was that democracy is nothing more than mob rule. Bad actors can play on factional differences to pit one group against another to create artificial majorities that serve the interests of the few. This elevates the base instincts of the mob over the best interests of society. The genius of the Founders, according to the right side of the consensus, was in limiting this impulse.

On the left side the argument was a bit more nuanced. Democracy was a good thing in theory, but elections enforced short-term thinking. Unlike the leaders in communist countries at the time, democratic leaders could not plan past the next election, so they could never execute long-term strategies. This was a subtle way to support communism while not appearing to be a communist.

“Democracy rewards short-term tactics over long-term strategy. What matters is winning the next election, not the welfare of your grandchildren.”

While both sides were right, this did not prevent them from turning democracy into something like a spirit god. You never hear people on the right side talk about how America is a republic, rather than a democracy. Instead, they are right there with their friends on the left side singing the praises of democracy. All things are now justified in the name of the righteous god called democracy.

Interestingly, the crisis in the West is largely due to both sides of the political consensus ignoring their old concerns about democracy. Just look at the political leaders of Western countries and you see the right side was correct. The top of politics is dominated by deadbeats and grifters. None of them have ever done honest work, but they rose to power by appealing to the lowest common denominator.

Joe Biden is an obvious example. Fifty years ago, when he broke into politics, both sides saw him as an affable simpleton. He was a dumb guy who followed the instructions of the credit card companies that placed him in the Senate. Today, while suffering from dementia, he holds the most powerful office in the world. He got there, we are told, by getting more votes than any man in American history.

In Britain they are searching for a prime minister after the slovenly Boris Johnson was forced to resign. The top contender is a Hindu gigolo whose greatest accomplishment was marrying the daughter of a billionaire. The next leading contender is a woman who looks and sounds like she is missing a chromosome. Amazingly, the choices after those two are much worse, which hardly seems possible.

The crisis of competence that plagues the liberal democracies, especially America, is exacerbated by something else the old critics of democracy had right. Democracy rewards short-term tactics over long-term strategy. What matters is winning the next election, not the welfare of your grandchildren. Everything in a liberal democracy is played out in the moment, one endless hot take.

In the mass media age, this is made worse by the need to respond in real time to every comment and event. Even if a politician wanted to take the long view, he has no time to do it as he is required to respond to every hot take. Donald Trump, despite his faults, tried to take the long view on things like immigration and trade. Instead, he spent his time fighting with the mass media over the issue of the day.

The exceptions to the short-term thinking in the liberal democracies are the various fanatics who haunt the system. The Gaia worshippers are always seeking to advance their agenda in every crisis. The neoconservative cult has been plotting the final war with Russia since Alexander III. The long-term success of these cults is what may break the back of the collective West, especially the American empire.

The current crisis in the West is due, in large part, to a steady shift away from long-term strategy toward short-term tactics. The Cold War kept the leaders of liberal democracies looking down the road, as the potential for nuclear annihilation required everyone to worry about the knock-on effects of public policy. Once that threat lifted, all attention shifted to what is best right now.

This is what has given politics a crisis feel long before there was a genuine crisis like we have today. By focusing only on the moment, the mundane takes on the feel of the profound and momentous. Small decisions are talked about as if they are a pivotal moment in the life of society. Again, even if someone looks up to see down the road, they are too exhausted to maintain their gaze.

This lack of preparation is compounded by the fact that China and Russia have been planning for this moment for a long time. They have been able to parry the moves by the West in this economic war because they were ready for them. Their leadership was not bogged down in hot takes and chasing momentary fame. They were thinking about the future and how best to prepare for it.

Perhaps this is how liberal democracy must end. It becomes increasingly focused on the short to the total exclusion of the longer term. Meanwhile it goes looking for momentary enemies, only to find some that think long-term. The liberal democracies now look like some great beast thrashing about as the hunters slowly and methodically sink their spears into it, while avoiding its desperate attempts to defend itself.