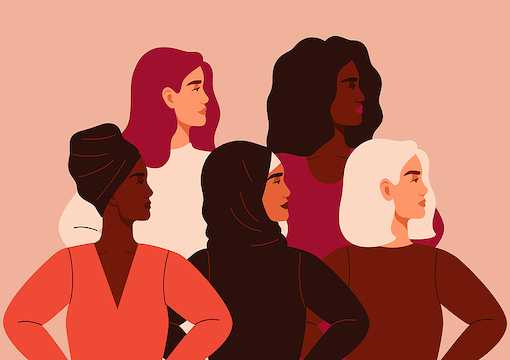 A dozen years ago, the neoconservative gadfly Jonah Goldberg wrote a book titled Liberal Fascism, in which he argued that it was the American left that had the love affair with fascism, rather than the right. Like everything that comes from neoconservatism, his tract was actually a left-wing polemic dressed up as a right-wing critique of the left, but it made a useful point.

Of course, this does not mean that Progressives will be sporting arm bands and khaki outfits anytime soon. That cartoonish version of fascism that has been a staple of American pop culture for generations is not making a comeback. Even putting aside the absurd characterizations, early-20th-century fascism was a product of the industrial age and has no place in post-industrial, technological societies.

“The ruling class is now a needy girlfriend with a personality disorder, demanding we drop everything to hear about her day.”

Instead, what we are seeing in America is a highly feminized, mutant form of fascism that is unconcerned with the practical aspects of governance and instead obsesses over the aesthetic and moral aspects or rule. The authorities of a century ago wanted to mobilize society to build things and advance their people. The modern authoritarians demand you wear your mask and respect the differently abled.

This is an important point that cannot be dismissed. The American left is now dominated by the types of females who think taking their husband’s last name is a denial of their identity. The men involved are either homosexuals or the sorts of male feminists who call their wife their “partner” and let them give the kids one of those ridiculous hyphenated last names. The American left is dripping in estrogen.

In most of America, the things that one expects from government, like maintaining roads, are being ignored in favor of moral causes. State officials present highly choreographed presentations to let us know how much they care, but can’t be bothered to repair torn-up streets or broken-down schools. Instead of big public-works projects, gyno-fascism puts all of its energy into making sure everyone feels needed and safe.

Even so, the familiar elements are there. The embrace of corporatism is probably the most obvious parallel between modern Progressivism and fascism. At no time in American history has the relationship between corporate America and the central government been so strong. In fact, the line between the corporate state and the political state has blurred to the point where it barely exists.

For example, the promised vaccine for the COVID-19 virus will be made mandatory not by the government, but by corporate America. Airlines will require proof of vaccination to get on a plane. Public arenas, restaurants, schools, and grocery stores are promising to demand proof of vaccination. In order to engage in the economy at any level, citizens will be required to show their vaccination papers.

This being the digital age, the “freedom pass,” as Boris Johnson likes to call it, will be a phone app. That phone app will then make sure you go where you are permitted and make sure you are getting your booster shots. None of this will be written into the law or reviewable by a court. After all, you have a right to a bank account or access to a public event. This is not communism.

This interplay between government and business would have been familiar to those living in fascist societies a century ago. Instead of tripartism, where government, capital, and labor negotiate economic policy, we have bipartism, where global business and the national government regulate social policy by regulating economic activity. The nation’s human-resource departments now manage the culture.

This is most obvious in the public square. Private companies have been permitted to capture the public space. Radio, television, and the internet are regulated by private companies accountable to no one. Social media has been aggressively censuring elected officials and candidates for office. The point is to reinforce the idea that the public debate is controlled by Silicon Valley, not the Constitution.

Of course, the old fascists dismissed liberal democracy, but were willing to participate in the democratic process as a means to establish one-party rule. Democracy was a bus they could ride to power, then get off the bus and rule unopposed. We see this with the left today. They give lip service to the democratic process, but in reality, they see it as a means to an end, where they establish one-party rule.

This is the big difference between the old masculine form of fascism and this new feminine version. The old fascists focused on the practical. They wanted to forge national unity and maintain a stable and orderly society. The gyno-fascists want to unify the people, not for the sake of prosperity, but in order to make sure everyone has dignity and respect. The definition of these goes unsaid.

Another difference is the tone. Patriarchal authoritarianism provides the firm slap of authority when it is needed. The point is to maintain order. Once it is applied, that’s it. The feminine version has no point other than to inflict endless torment in an effort to gain attention. Of course, it never ends. The ruling class is now a needy girlfriend with a personality disorder, demanding we drop everything to hear about her day.

Despite the many parallels to fascism, this strange new ruling ideology is not fascism. It is a product of liberal democracy, rather than a response to it. The material prosperity that flows from liberal democracy softens society, allowing for the swapping of the sexual poles, where women take on the role traditionally played by males. The result is the emergence of a neurotic, authoritarian ruling ideology obsessed with soft issues and wholly negligent of the practical aspects of running a country.