The Saddest Election Ever 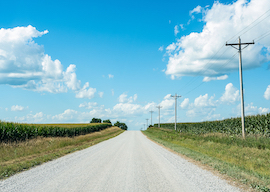 Never in my life have I seen such a parade of gloomy faces following a midterm. In the aftermath of most elections, you’ll have the elated victors and the despondent losers. But what makes the 2018 midterms so unique is that everyone, left and right, is moping around with faces so long, Rondo Hatton’s estate is suing for trademark violation.

For Republicans, they lost the House and had a bunch of House and Senate seats flipped (here in California, the last remaining GOP Rep has been ushered into an underground bunker for his own safety), and the Senate races they did win, they won by a thread—with some victories subsequently erased via a “recount” (*cough*).

For Democrats, yeah, they won the House, but not by 2010 GOP margins. Whether or not they manage to “recount” their way to a tie in the Senate, they’re having to struggle for a victory that they thought would be an easy win. And they know that no matter how many boxes of ballots they find shoved up Michael Moore’s rectum like so many gerbils at a West Hollywood spa, they still can’t actually win the Senate, meaning that if Ruth Bader Ginsburg slips on one more banana peel between now and 2020, they’re gonna have to work like hell to concoct some unprovable disqualifying transgression from Amy Coney Barrett’s past (I wager $100 that someone’s gonna pop up claiming she said “nigger” twenty years ago. When the left can’t do rape, they do race).

So everyone’s unhappy. But there’s a difference in the depression. Republicans are, as is so often the case, on the defensive. They find themselves standing athwart a pile of questionable ballots, yelling, “Stop (the endless recounts).” They’re not trying to win anything new, they’re just trying to hold on to the few victories they achieved.

The Dems, on the other hand, are planting seeds. They’re channeling their sadness in a manner that is, for them, quite constructive in the long term. They’ve declared war on the very notion of the Senate. Leftists have launched a massive PR campaign to end the equal apportionment of two senators per state. As NBC News’ “intelligence and national security reporter” (and vaguely sentient dung beetle) Ken Dilanian claimed in a recent tweetstorm, allowing states like North Dakota to have the same representation in the Senate as New York or California has led to the “American majority” being “pushed around by a rural minority.” This is the left’s new thing: The Senate should be decided by popular vote (i.e., the Democrats get more votes in an election, they get more senators, or something to that effect). Democrat senators received more cumulative votes than Republicans in 2018 because more Democrat seats were up for reelection, but that simple fact matters not to the left. The “progressives” have found their rallying cry: “Democrats got more votes but lost the Senate. Unfair! Unfair!”

The word democracy is abused and misused by almost everyone these days (especially when applied to the U.S. form of government), and now we see the left redefining the term yet again to suit its current needs. In past decades, when leftists would say “democracy,” they usually meant “empower the disenfranchised and give them a voice.” Now they use the word to mean “silence the disenfranchised and take away their voice.”

“Everyone is moping around with faces so long, Rondo Hatton’s estate is suing for trademark violation.”

This is what’s in store for rural white America as our nation’s demographics change: complete disenfranchisement. And by the way, the leftists screaming, “Don’t let a few underpopulated rural states have any say in our national elections” are the exact same people who demand that we reinvent the entire English language and end the use of gender-specific pronouns just to please a tiny minority of trannies who represent, at best, 0.5% of the population.

The farmers and cattle ranchers who feed us must have no national voice, but we must all change the way we speak and the words we use in order to please a minuscule identity group of dudes who want to piss alongside women in public restrooms.

Here’s my point about why it’s silly that in the weeks following the election, both ideological sides are sulking around like sad Red Skelton clowns: The left has nothing to be sad about. The demographics are increasingly on their side. Realistically, they’re not gonna be able to change the Senate rules, but just by popularizing the notion that a tiny group of white ranchers and farmers are “tyrannizing” the rest of us, that’s a victory right there. Because the left doesn’t see underpopulated states as a long-term threat; they just see them as places to send Mexican and Salvadoran immigrants, or places to send more Somalis, or other “refugees.” Leftists bitch about the tyranny of equal representation now. But in the long run, they know that most of those states, and populous red states like Texas, will turn blue. Time, immigration, and birth rates are on their side.

And if the Arizona miracle of the magically appearing ballots (I need to market a special menorah commemorating the seven days of miraculously increasing Arizona Democrat votes) can be repeated in Florida, well, the left has it made. Everything they’re doing at the moment is aimed at building a future in which Democrats cannot lose. This is how they’re channeling all that rage from two years ago. The screaming and crying and yelling at the sky is over. Now they’re hard at work trying to ensure that there can never be another November 2016.

And what does the right have to look forward to? Look at the GOP in Florida last week, struggling to hang on to something, in a pointless recount the Democrats engineered. The Republicans are playing by the opposing team’s rules, which means they’ve already lost.

My old friend Mark Weber of the Institute for Historical Review made a similar point to me in the days following the midterms. The right has started to employ the left’s language to push its agenda. For example, when rightists who have a national stage (in the U.S., and perhaps more so in Europe) oppose Muslim immigration, they do so by stressing how “homophobic” Muslims are, or how Islam is offensive to “feminist values.” Mentioning race or demographics is forbidden. The right is allowing the left to dictate the parameters of permissible discourse, and many rightists only feel comfortable if they can state their case in a way that appeals to the delicate ears of leftists.

“Affirmative action is bad because it’s racist! It discriminates against Asians!” Can’t we just say that it’s bad because it corrupts basic notions of merit and takes away the freedom of employers to hire the best candidates? No, we still have to act as if no issue has value unless it alleviates the suffering of “people of color.” It’s like the Dinesh D’Souza trope about how “Democrats are the real racists.” That talking point only bolsters leftist canon by supporting the notion that “fighting racists” is the be-all and end-all of politics. Rightists may think they’re being clever by co-opting the left’s language, but in fact all they’re doing is solidifying the left’s core concepts as unquestioned truth.

Mark Weber is pessimistic. He sees no long-term survival strategy for the West. In Western Europe, ballot stuffing isn’t necessary; far-right politicians can simply be jailed for their rhetoric (hence the practicality of adopting “inoffensive,” leftist-friendly language). And when there is a popular vote, if the left wins (abortion in Ireland, gay marriage in Australia), the results are set in stone. But if the right wins (Brexit), it’s nonstop do-overs and stalling. That’s just how it goes. In the U.S. and abroad, people on the right are always expected to sit back and be okay with election losses and unwanted cultural shifts (gay marriage, abortion, tranny rights, amnesty, refugees), while leftists are never expected to get used to anything that displeases them. If something doesn’t go their way, leftists engender countless do-overs, and if the do-overs fail, they change the rules to ensure that they win in the future. You can’t really hate them for that; I wish the right had such ruthless dedication to its values.

After my talk with Mark Weber, I asked our mutual friend Jared Taylor if he shared Mark’s pessimism. Like Mark, Jared is a veteran of the culture wars. Is his outlook as gloomy as that of his old friend?

“Perhaps it’s my nature to be optimistic, but although the West is in a fight for survival (and doesn’t even realize it), I do not think we will fade away completely. It is possible that Western Civilization is done for on the North American continent, but I think it will hang on in Europe, especially in the East.” Even in the U.S., Jared added, there are reasons to be optimistic. The “mainstream media” has lost much of its relevancy, and even though social media continues to deplatform rightists, it’s only because “the left knows we are dangerous, and that our ideas have great appeal.”

“As usual, the left overplays its hand, and is now making a virtue out of expressing outright hatred for whites,” Jared noted. This includes “the casual way nearly every Republican is called not just a racist but a ‘white supremacist.’ The left is drawing explicit racial battle lines, turning all politics into identity politics. Whites are the last to realize that their skin is their uniform, but I think this reality will eventually be forced on them.” He also pointed out that his own group demographics have changed of late: “I have been in this business a long time, and when I was young, white advocates were OLD and WEIRD. Now they are normal, attractive, thoughtful people—mostly men, but with some attractive women, too.”

Jared stressed that another long-term error the left is making is “calling everyone just a little bit to the right a white nationalist. They are constantly demonizing it, of course, but if Trump and Steven King and Ron DeSantis are ‘white nationalists,’ their supporters are going to begin to think maybe white nationalism isn’t so bad.”

I agree that the left is pushing white, working-class Americans further to the right, but I don’t think leftists care, because they’re trying to ensure that the views of white, working-class Americans no longer matter. Through immigration, demographic change, systemic voter fraud, the influence of public unions, and deplatforming, the left is forging a future America in which winning the hearts and minds of ordinary whites will no longer be necessary to win elections. If leftists have learned one thing from post-WWII Western Europe, it’s how to silence a majority population by law.

And indeed, Jared acknowledges that the outlook here in the States isn’t so good.

“My grandchildren may have to learn Hungarian if they are going to live in a Western society, but I think we and our culture will survive.”

I admire his optimism, and I hope he’s right.