The Seeds of Moderate Defeat 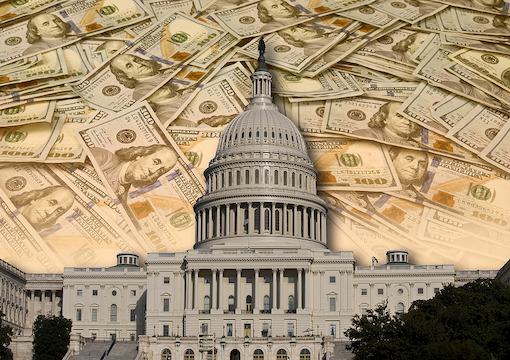 When the Bolsheviks seized control of the Russian state during the October uprising, it set off what would come to be known as the Russian civil war. It lasted from 1917 to 1923, when the Bolsheviks finally crushed their opposition. That is the most overlooked, but most important, part of the story. The czarist system had collapsed and in the wake of that collapse came a battle over what would replace it.

The two sides in the civil war were the Bolsheviks led by Lenin and the anti-Bolsheviks, an incoherent collection of army officers, property holders, various right-wing political groups, and socialists. They were united in their opposition to the radical restructuring promised by the Bolsheviks. This dichotomy would actually survive the civil war until Stalin put an end to it in the 1930s.

This type of conflict would eventually leak into the West and become the animating dynamic of liberal democracy. On one side is the minority faction of radicals promising to restructure society. The opposition is a disorganized collection of groups who only agree on their opposition to the latest radical innovations. In every case, the radical minority carries the day, defeating the ad hoc opposition.

This reality of liberal political philosophy was just as confusing to the radicals a century ago as it is to Western people today. After the Bolsheviks won the civil war, the more prudent elements gained the upper hand and implemented a moderate program aimed at incrementally creating a socialist society. The moderates came up with something called the New Economic Policy, which became policy in 1922.

As an aside, the NEP, as it came to be called, was a program, according to Lenin, that included a free market and capitalism, but it would be regulated by the state. The socialized state enterprises would operate on a profit basis as well. If this sounds familiar, it should, as it is the economic policy of the West. The only innovation of Western liberals is the use of central banks to manipulate economic activity.

Putting that aside, the moderate program lasted just seven years. The Bukharin faction defeated the Trotsky faction after Lenin’s death, but eventually Stalin came to embrace the radical position, despite having had them killed. In what was called the Great Break, Stalin collectivized agriculture, nationalized all industry, and, of course, rounded up the moderates and had most of them killed. The NEP and the NEPmen were dead.

This bit of history is important to keep in mind while watching the ruling party struggle with their economic agenda in Washington. It is one of the rare periods of clarity we see in American politics. Usually, they pretend the two parties are squabbling over policy, but in reality, the Republicans are bit players. This is obvious in the present budget battle as the action is between inner party moderates and inner party radicals.

The seeds of moderate defeat are always the same. They agree in principle with the goals and philosophy of the radicals, they just lack the guts to do it. In 1920s Russia, the moderates did not want to murder millions to create socialism. Today, the moderates don’t want to commit to trillions in spending to Build Back Better. When your only complaint about the plan to murder society is the price tag, you are not in opposition. You are in the way.

The radicalism in this Build Back Better agenda is not in the price tag or in the groups it promises to reward and punish. What makes this bill so radical is that it does not exist as a written piece of legislation spelling out the spending plan. Instead, it is a framework that authorizes the federal bureaucracy to spend trillions to achieve the goals of this new economic and cultural framework.

In a functioning parliamentary system, annual budgets are debated among the representatives, usually over taxes and spending. For decades now, the American system has been one where the prior budget is the baseline. Additions and subtractions are what get debated in Congress. In other words, budget debates are largely ceremonial, but there is room for tinkering around the edges of the budget for political purposes.

Even though budget debates have been reduced to ceremony, the budgets actually exist, and in theory they can be altered. In this new bill, the thing that passes is more like a set of suggestions, which will be filled out later with other bills passed by Congress and regulations created by the bureaucracy. In other words, the people endlessly yapping about threats to “our democracy” are about to kill the democratic process.

In principle, this is not a bad thing, as democracy is the most ridiculous form of government ever conceived. If taxing, spending, and war are no longer topics of debate, then most people can get back to their lives and forget about politics. After all, if it no longer matters which party wins, then there is no point in voting. Think about how much happier life would be if politics was removed from the public square.

The trouble, as was quickly discovered by the Russians after the revolution, is that putting unbalanced lunatics in charge never ends well. Having that ridiculous sissy Mark Milley in charge of the military, for example, ensures a future disaster. Putting the legions of innumerate simpletons who make up the federal bureaucracy in charge of the economy is probably worse than communism.

The absurdity of empowering the managerial class to take full control of the economy and culture will not stop the radicals from carrying the day. That is the great lesson of Western liberalism. The radicals always win. The NEPmen of the Soviet system learned this the hard way. The so-called moderates of the inner party will soon learn the same lesson, although in less colorful fashion.

The consolation, if there is any, is that it will prove that you cannot defeat radicalism with moderation. The only antidote to the egalitarian madness of liberal radicalism is an equally fanatical illiberal radicalism. If the West is ever going to awake from this egalitarian madness called liberal democracy, it will start with Occidental people waking up to the reality of their situation. Only then can we Build Back Better.