The Theater of Democracy 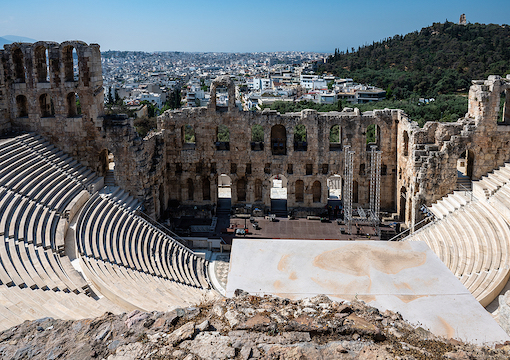 In the United States, there have always been two realities with regards to the aboveground political culture. One reality engages in politics as it is presented in the media and the election process. The other reality, smaller and operating off the grid, looks at conventional politics as a farce or a fraud. The former group is larger and gets all of the attention, but the latter group seems to be on the upswing.

For the most part, the American political system is a drama, a theater staged by the political class to keep people engaged. The left side comes on stage to warn of some terrible threat or to highlight a special victim. Sometimes they combine the two so we have both a monster and a victim of the monster. The job of the left is to get the audience worked up and engaged in the latest thing.

Once the audience is ready, the conservatives come waddling onto the stage in their golf shirts and chinos. Their job is to dismiss the monster or the victim, as the plot of the particular drama warrants. They say the looming threat is not real or is easily contained by the magic of a thing they call the free market. Alternatively, they will argue that the victims should pull themselves up by something called bootstraps.

“People are wising up to the fact that even if the GOP wins every race and takes a 435–0 majority in the House, nothing changes.”

A current example is the student loan giveaway scheme. The monster is the crushing debt held by students. The victim is the green-haired barista with a faceful of fishing tackle who graduated with a degree in feminist folklore. The left is going to defend the poor student and slay the debt dragon. The right will explain the economic consequences of the giveaway program.

The point of this drama is to place left-wing values on the moral high ground, enshrining them in the public consciousness as unassailable principles. In the case of school debt, this means the state has a moral obligation to manage the education of young people well into adulthood. The financial swindle we run on college students is patently immoral, so people are inclined to agree with doing something about it.

The role of the right is to shift the focus from the moral claims made by the left onto meaningless factual arguments. In this case, they will chatter on about the economic consequences and the precedent it will set. They are not factually incorrect, but they end up defending what amounts to predatory lending. A debt jubilee is bad economics, but it beats condemning young people to poverty.

The way the drama is supposed to go is the conservatives make their arguments, which vexes the audience. The left encourages them to boo and hiss at the conservatives, who become visibly nervous. At some point, the Mitt Romney character stabs a bunch of conservatives in the back and races over to the left. Other conservatives follow, some flee the stage, and those left behind absorb the fury of the crowd.

This duality of the political drama is not new to America. The Greeks used theater to enforce a common morality. In Greek mythology, Apollo and Dionysus are both sons of Zeus. Apollo is the god of rational thinking and order. He appeals to logic and prudence, and stands for reason. Dionysus is the god of irrationality, passion, emotions, and instincts, appealing to our innate morality.

Like Greek tragedy, American political theater is about reinforcing a moral code, not arriving at the factually correct answer. When the curtain falls on the student debt drama, it is possible that no debt is waived. Instead, the crowd will simply walk away understanding that the state is our mother and her job is to take care of us and therefore she must be defended against all challenges.

This is, in part, why American political culture steadily marches in one direction, regardless of election results. Sometimes the crowd walks away thinking better of the conservative role in the performance, but only because the left was not quite convincing enough in their moral claims. The door remains open and in the next performance, the left puts on a better show and carries the day.

It must be pointed out that sometimes even the critics will pan the left. When this happens, the producers reach for their secret weapon. Stage right the spotlight lands on a Hitler costume. One of the actors asks the audience if someone wishes to play the Hitler role and someone always does. They put on the costume and enthusiastically play the role, and the audience boos and hisses, throwing cabbages at the actors.

Despite being an overused MacGuffin, it always works to move the plot along or at least set the stage for the next performance. For the past six years, the invisible army of Hitlers, led by Donald Trump, has served this purpose. In the name of defeating fascism, all things are permitted. Meanwhile, the conservatives sit shaking in a corner of the stage, hoping the Hitler character does not recognize them.

This brings us back to those two realties of American politics. Most people have engaged in the theater of politics as presented. Others, having come to understand the theatrical nature of it, have opted out. Maybe they engage in outsider politics or simply ignore politics altogether. They see voting as worse than a waste of time. It is an endorsement of an inherently immoral system.

This is the reality that seems to be growing. The Republican Party is now publicly fretting over their waning poll numbers. Most people are unhappy with the economy, the culture, and their quality of life. If the theater is working, they should flock to the Republican Party in November. Given Biden’s mental state and the state of the economy, it should be a historic blowout for his party.

The thing is, people are wising up to the fact that even if the GOP wins every race and takes a 435–0 majority in the House, nothing changes. Mitch McConnell and Kevin McCarthy will slither over to the White House with Nancy Pelosi and Chuck Schumer to swear off partisanship. The lesson of the election, they will tell us, is that the people want the parties to cooperate, with the Democrats getting everything they want.

Once this reality becomes clear, the theater of democracy stops being a good time and quickly turns into something of an insult. That may be what is happening now. The people who have cheered the conservatives on stage are coming to understand that it is just a pointless act. If enough voters come to that conclusion, the number of empty seats grows too large, the theater can no longer afford to put on the show, and the curtain closes on the theater of democracy for the final time.