The Total Failure of Conservatism 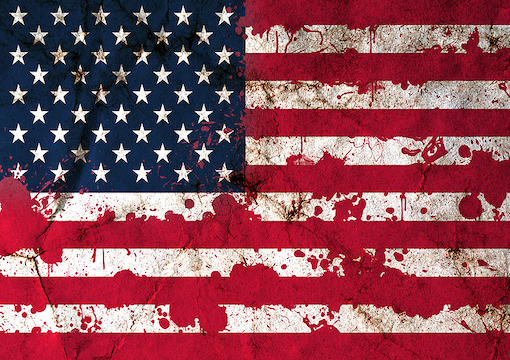 In the 1980s and into the 1990s, it was common to hear conservatives say that all of the ideas are on the right. By that they meant that debate over public policy was driven by the flow of ideas from conservatism. This was not entirely wrong. By the mid-1980s the American right had abandoned the idea of rolling back the managerial state and instead was focused on making it work more efficiently.

That evolution of the American right into the accounting department of the managerial state is why conservatism failed to conserve anything. It is fair to say that the conservative movement is the biggest failure in political history. Despite tens of billions in financing, they managed to lose every fight. This failure brought the wrecking ball known as Donald Trump and the resulting crack-up on the right.

That crack-up has had some interesting results. The neoconservatives have splintered off into a weird conspiracy cult. They now chant far-left talking points about Trump from the 2016 election. David French is promoting the cult-Marx conspiracy theory that claims American society is a plot against nonwhites. Douglas Murray is pushing a weird new right-wing sexual liberation. The whole scene is a freak show of broken people and discredited ideas.

“For all of their talk about principles, conservatives have never had one that they were not willing to bargain away.”

On the other hand, new challengers to the throne of conservatism have popped up to offer a new way forward. This symposium at The New Criterion is a good starting point for those interested in the broad contours of this debate about what replaces conservatism. The lead essay is from a former Bush official named Kim Holmes, with responses from those broadly described as common good conservatives.

The common good conservatives break into two camps. One camp is led by Yoram Hazony, the leader of what he calls national conservatism. He operates from something called the Edmund Burke Foundation. They chose that name because they think Burke is a better model for modern conservatives than John Locke. They argue that Burke was a greater influence on the Founders than Locke, so Burke is more relevant.

In the other camp are integralists. Historically, integralism argued that the Catholic faith should be the basis of public law and public policy. Naturally, this was more popular in Catholic countries than Protestant ones, like America. The new integralists are a bit more nuanced. They argue that American conservatives should abandon their originalist jurisprudence in favor of “common good constitutionalism.”

An interesting wrinkle to this debate among the tribes of the right is that the paleoconservatives have been left out of the party. This is odd, given that they turned out to be right about conservatism and the managerial state. That is the first thing you notice about the tribes claiming to be the New Right. They have a shallow understanding of Western liberal intellectual traditions, but they have a deep and enduring bitterness toward the old critics of conservatism.

The dirty secret of conservatism is they sold their souls to the neocons for access to high-status society. This was not an honest mistake. There were plenty of people warning them of this looming disaster. Paul Gottfried’s book After Liberalism made clear two decades ago that the fight was about defending the liberal order against the managerial state. Any analysis of conservatism should include their rejection of the paleos, but that is unlikely to happen.

Another group left out of the conversation is the dissident right. One reason for this is that the people in these various tribes deny basic biological reality. This is the price they pay for access to these platforms. They know that any talk of biological reality or the human sciences will anger their masters on the left. This is an old habit of mind they have inherited from mainstream conservatism.

The other reason is that the dissident space is still a Wild West of ideas, critiques, and observations about the current crisis and its antecedents. Ask ten dissidents what it means to be a dissident and you get ten different answers. What strings them all together, however, is the embrace of biological reality and the natural law that springs from it. Otherwise, the dissident right is in its infancy.

It is this exclusion of opponents to the post-liberal order that promises to unman the efforts by the common good conservatives. Hazony, for example, argues that a nation is a collection of related tribes with a common language, religion, and history. As soon as race or ethnicity is mentioned he begins chanting the familiar slogans. His blood and soil nationalism is nothing like that racist form of blood and soil nationalism!

The neo-nationalists may be unable or unwilling to unhook themselves from the leash of post-liberal pluralism, but they are standing on a defensible position. Hazony’s blood and soil nationalism reflects natural reality. The integralists, in contrast, have no moral basis for their claims. This seems counterintuitive, as these are the guys waving Bibles around, demanding the restoration of the monarchy.

A close reading of Adrian Vermeule, the Karl Marx of integralism, reveals he has no quarrel with the managerial state. What he seeks to do is use it to transform America into the new Catholic imperium. The administrative state will be infused with the theology of pre-Reformation Catholicism and transformed into a guardian of the common good, as defined by Catholic theology.

In fairness to the integralists, not all of them imagine themselves doing battle with the black knight on behalf of the king. Patrick Deneen and Rod Dreher argue for a return to localism, controlled by local values and local belief. They have dusted off Hilaire Belloc and updated his localism and distributionism for the current age. Their integralism is local and mostly an effort to retreat from the larger public debate.

The best way to describe what is going on within the acceptable conservative circles is a struggle session. Reality has made clear that the conservatism of the last century was a complete failure. The struggle for these people is in acknowledging this fact and then understanding why it happened. Right now, they would rather take another beating than think about the root cause of conservative failure.

This answer will have to wait until the dissident right is included in the discussion, as they are the only ones who accept that the seeds of liberal collapse may lie within the liberal tradition itself. The tyrannical managerial system we see today may be the inevitable result of Western liberalism. That may not be true, but it has to be on the table in order to understand how it is the West has arrived at this crisis and how to proceed through it.

On the other hand, every great revolution in the economic order has been followed by a violent reordering of Western society. Just as the Industrial Revolution brought two centuries of warfare and a new world order, the technological revolution may usher in a new age of violent reordering of our social and political systems. In that case, this debate will only matter to whoever wins the coming global conflict, assuming the West survives it.