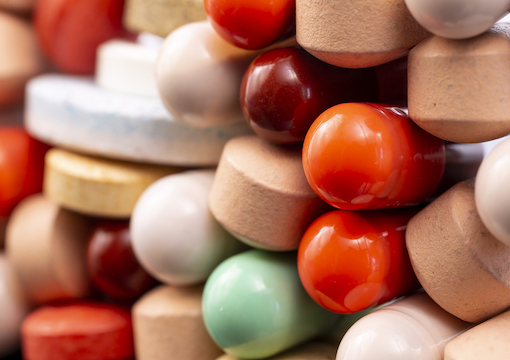 The Associated Press reported this week:

In the critical month of February, as the virus began taking root in the U.S. population, CDC data shows government labs processed 352 COVID-19 tests—an average of only a dozen per day.

At a time in which the failure of the Centers for Disease Control to promptly organize mass coronavirus testing is a national disgrace, the following sounds like a boomer clickbait headline:

Mother of Two Tests Herself, Her Kids, and Her Neighbor for COVID-19

Now, this doesn’t mean that you or I could carry out a do-it-yourself quantitative polymerase chain reaction test. After all, the woman who did this, who prefers to be called S in this article, is a professor of genetics at a state flagship university where she researches bacterial genetics, with a focus on CRISPR.

In S’s case, her departmental chair came up with the idea that their lab had the resources to do COVID-19 testing; she and a few other members of her department downloaded the how-to instructions from the CDC; and in a day they had a working test.

It sure doesn’t sound easy: “You take the RNA of the virus and convert it into DNA, which is what works in a PCR reaction,” S told me. But for professionals of this caliber, it’s fairly routine.

Feeling under the weather, she took samples from herself, her children, and a neighbor with similar symptoms, which required about three hours for her to process.

S’s reaction? “Relief, but it didn’t make my scratchy throat go away,” she says, laughing. “Of course, it could have been better to get the virus with mild symptoms, that’s perhaps optimal.”

Widespread testing, which the South Koreans have pursued with the most vigor and effectiveness, “would help us know both when to isolate and when to get out,” she says.

In contrast to PCR testing, which detects current but not past infections, antibody testing tells us an individual’s history. This “would tell us who would be relatively immune for working in health care and for logistics…and for haircuts.”

“America has immense resources of smart, energetic people who can step up in times of need.”

The resources for doing testing are widely distributed in America.

S points out there are two questions relevant to capacity:

“Can you do the test? There are at least a dozen labs on our campus that can work with nonviable viruses.”

But the more difficult hurdle is: “Can you handle potentially dangerous samples? When you work with a dangerous virus, you need precautions. But there are still dozens of labs in this state that can do it.”

The larger point that this example highlights is that the United States of America in particular, the Anglosphere in general, and the world overall have a very deep bench of talented and trained medical and scientific personnel who can step up and take the initiative even when the official channels get bogged down. The U.S. has invested heavily in genetics and other biomedical sciences in recent decades and is poised to reap some benefits in this crisis.

Although we have been lectured incessantly (at least until about a week ago) about the lack of women in computer coding and physics, for the last two generations talented women have tended to flock in large numbers instead to the life sciences, which, at the moment, seems like a very good thing.

S also points out that the speed with which life scientists can respond to this catastrophe has benefited from the recent preprint revolution in which researchers increasingly bypass the lengthy peer review process in traditional journals by posting manuscripts themselves on nonprofit public servers such as medRxiv and bioRxiv.

She notes, “If they have a COVID-19 protocol they think will be useful, it will be replicated. We have a healthy educational community that wants to be helpful. I hear a lot of complaints about poor preparedness, but there’s a lot of energy, a lot of movement, people moving very quickly. I haven’t heard of examples of irresponsible haste leading to mistakes (although that is inevitable).”

It’s worth recalling that the USA’s initial response to World War II was also unprepossessing. After the debacle at Pearl Harbor on Dec. 7, 1941, hysteria swept the West Coast. The 1979 movie 1941 was a rare flop for director Steven Spielberg, but it conveys the slightly addled temperature of the times, which led, comically, to the Feb. 24, 1942, “Battle of Los Angeles” in which Americans unleashed a huge amount of antiaircraft fire on nonexistent Japanese warplanes; and, shamefully, to the internment of Japanese-Americans.

(By the way, I’ve finally figured out what the U.S. government should have done with the West Coast Nisei: just ask each one to swear an oath about whose side he was on, and then trust his sense of honor. The Roosevelt administration, which had had more experience with its duplicitous Communist allies than with the forthright Japanese-Americans, assumed you couldn’t rely upon the word of the Nisei just like you couldn’t rely upon that of their Stalinist friends. But it turned out that the 5,000 Japanese-Americans who told the U.S. they were loyal to the Emperor caused much trouble at their high-security internment camp, just like they said they would, while those who swore allegiance to the U.S. behaved admirably.)

Yet, within six months of Pearl Harbor, the U.S. won its greatest naval victory at Midway. America has immense resources of smart, energetic people who can step up in times of need.

One major possibility is the development of drugs to treat patients and/or render the uninfected less susceptible. These hopefully will prove faster to develop than a vaccine.

The World Health Organization is organizing trials around the world of four types of existing drugs that showed potential in China, including chloroquine. On the other hand, lots of promising drugs that worked in the test tube have failed in patients, so we can’t assume that one of the first four will be the magic bullet.

We should also be gearing up to look at every existing drug approved as safe for humans. Human biology is extremely complex, so it can make sense when we are flying fairly blind, as we are now, to look for drugs that might prove fortuitously effective the way Thomas Edison invented the light bulb: by considering a huge number of possibilities. Edison tested 6,000 types of vegetation for his carbonized filament before settling upon bamboo. His kind of atheoretical experimentation is out of fashion in pharmaceutical development, but it’s worth considering in this emergency.

Moreover, we should look at the entire drug tool-kit of the veterinary profession.

Granted, in recent decades, pharmaceutical development has slowed to a depressing pace. There have been fewer spectacular new drugs than in the heroic age of medical progress in the mid–20th century.

But that’s largely because we already have pretty good drugs for most old diseases. For old diseases, a new drug has to work better than the old drugs, which is hard to achieve. But for this novel disease, an effective new drug can’t be inferior because, at present, we don’t have anything at all.

Things can change, and not just for the worse. We have the people to do it.