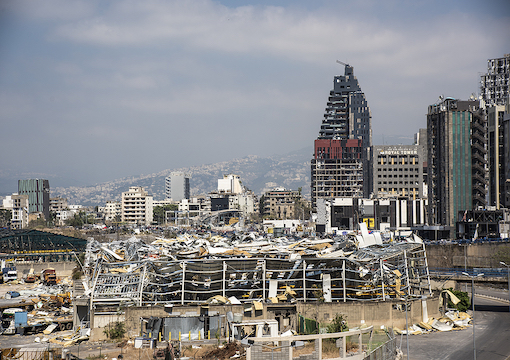 The Week’s Most Aggressive, Excessive, and Oppressive Headlines

NONWHITE WORKERS AT CANADIAN ANTI-RACISM MUSEUM COMPLAIN OF RACISM
Winnipeg is the largest city in the Canadian province of Manitoba, as if that’s some kind of accomplishment. The next-largest city in Manitoba has three people and a moose. People from Winnipeg are known as “Winnipeggers,” which sounds sexually perverse and probably is.

It’s always the whitest places—i.e., those who’ve truly never rubbed bellies with racial diversity—that are the most agonized over this thing called “racism,” which as far as we can tell these days is a word that means “thinking there’s anything redeeming about white people.”

In 2014, out there in Winnipeg amid the pasty populace and the fat prairie cows, a hideous architectural monstrosity called the Canadian Museum for Human Rights was unveiled. The thing looks like a giant steel armadillo impaled with a stake. Why anyone thought this skyline-murdering edifice would lead to racial harmony rather than widespread ethnic hostility is beyond our grasp.

It only took six years for the nonwhite workers at the museum to run howling to whomever would listen that the museum was “rife” with racism as well as sexism, homophobia, and, perhaps, a muted distaste for twerking.

But that’s not the way it’s supposed to work! When you bend over and grab your ankles, people are supposed to hug you rather than rape you. And yet the more ankle-grabbing that white people do, the more they get raped.

Winnipeg attorney Laurelle Harris, who just so happens to be black almost as if by accident, released a damning report about how all the white racists at the Museum for Human Rights created such a toxic work environment, it’s almost a wonder that all the nonwhites didn’t get cancer from it:

Racism within the Canadian Museum for Human Rights is pervasive and systemic. Black, indigenous and people of colour have been adversely impacted physically, emotionally and financially by their experiences within the institution.

In case you were unfamiliar with the word “indigenous,” it means “people who were unable to defend their land.”

One of the racist offenses that staffers allegedly committed was to shield child visitors from LGTBQ exhibits, because it’s kinda tacky and borderline pedophilic to expose children to such material. One thing is clear: It’s worse to be a racist than a pedophile.

Another involved a white staffer suggesting to a nonwhite, whom we’ll presume is descended from one of Canada’s numerous failed Injun tribes, that she should do a “rain dance” to help with a drought.

There’s really no difference between that and lynching someone.

Museum spokeslady Pauline Rafferty appeared to believe that the only way out of the racist hell that she and her pale ilk had created was to apologize even more cravenly:

It is clear many people have been adversely impacted by racism, homophobia and other forms of discrimination within the museum, and we apologise unreservedly.

Keep apologizing, white people. It’s been working so well up to this point.

ORGANIZED GANGS WITHIN THE LOS ANGELES SHERIFF’S DEPARTMENT
There are an estimated 45,000 gang members in greater Los Angeles, and we’ve never heard of any of them thinking it was cool to dress up and act like cops.

However, there appears to be a subculture within the LA Sheriff’s Department where police act like gang members—they form violent, racially exclusive cliques complete with names, tattoos, initiation rituals, and a pattern of vengeance against snitches within their own ranks.

LA County has already shelled out $21 million in settlements regarding lawsuits from people who claim to have been brutalized by deputy groups with names such as the Banditos (an all-Mexican group in East LA), the Lynnwood Vikings (an all-white squad in Lynnwood, CA), and the Executioners (an all-white club in Compton, CA whose official insignia includes “a skull and Nazi imagery.) Two separate groups that operate within the Men’s Central Jail called the 2000 Boys and the 3000 Boys appear to be Mexican and feature an initiation rite that involves breaking an inmate’s bones.

Although all this stuff is probably illegal, it still sounds kind of cool. And at this late date, we have no sympathy for anyone who decides to live in LA. You can protest your innocence all you want, but you’re still guilty of choosing to remain in LA.

THE BLAST THAT KILLED BEIRUT
Although many people are blaming Israel, the official story on why there was a gigantic explosion in the port of Beirut last week is that inept and corrupt customs officials allowed nearly 3,000 tons of ammonium nitrate that they’d seized back in 2014 to linger for years without disposing of it.

“Keep apologizing, white people. It’s been working so well up to this point.”

Beirut’s governor, some hairy guy with an unpronounceable name, says the blast left 300,000 of the city’s 2.2 million people homeless.

We will back down and stand with the people. We need to open the door for the people. This disaster which has hit the Lebanese at the core, occurred as a result of chronic corruption in politics, administration and the State,” he said in a televised address. They knew that we pose a threat to them, and that the success of this government means a real change in this long-ruling class whose corruption has asphyxiated the country.

The new government that eventually replaces the recently disbanded one will be Lebanon’s third in less than a year.

CHICAGO LOOTERS GO SO FAR THAT THEY PISS OFF THE BLACK LESBIAN MAYOR
Chicago Mayor Lori Lightfoot is a dusky sapphite with the face of a ghoul that hides under bridges, scares children, and eats goats. She presides over a city where black people die in higher numbers than in any other city in America—and it’s almost always at the hands of other black people.

She has recently sat idle and nibbled on chicken fingers as black looters and the usual smattering of mentally ill white anarchists have smashed Chicago’s fabled “Miracle Mile” into oblivion. She also used the racist term “Karen” to refer to Donald Trump’s gorgeous blonde press secretary and has also told the president to go have sexual intercourse with himself.

Last week, after Chicago police turned out to be better marksmen than an armed gunman, the locusts descended upon the Miracle Mile again to loot whatever hadn’t already been looted.

They also attacked a Ronald McDonald House in the area while patients slept inside, since everyone knows that the majority of white slaveowners were terminally ill children.

But according to a BLM organizer who calls herself Ariel Atkins, this wasn’t looting—it was reparations:

I don’t care if somebody decides to loot a Gucci or a Macy’s or a Nike because that makes sure that that person eats. That makes sure that that person has clothes. That’s reparations. That is reparations. Anything they want to take, take it because these businesses have insurance. They’re going to get their money back. My people aren’t getting anything.

It’s unclear whether it was the Ronald McDonald Hosue attack or the fact that perhaps they snagged a Gucci purse that the mayor had her eyes on, Chicago Mayor Lori Lightfoot pooh-poohed the idea that the looting was anything beyond looting:

These were not poor people engaged in petty theft to feed themselves and their families. This was straight up felony criminal conduct. This was an assault on our city.

The mayor clearly has not learned anything since May, and she would be wise to understand that the people will keep rising up until the CPD is abolished and our Black communities are fully invested in. Over the past few months, too many people—disproportionately Black and Brown—have lost their jobs, lost their income, lost their homes, and lost their lives as the city has done nothing and the Chicago elite have profited. When protesters attack high-end retail stores that are owned by the wealthy and service the wealthy, that is not “our” city and has never been meant for us.

Did it never occur to them that they wouldn’t be losing their jobs and income if they weren’t always busy rioting?

NYPD TAPS TOES WHILE FIVE GIRLS BEAT UP ONE GIRL
While five girls beat her up on 125th Street in Harlem—and a sixth girl apparently assisted by holding one of the alleged assailant’s hair weave—nearly 20 members of the NYPD sat around twiddling their thumbs, refusing to get out of their squad cars and assist the poor maiden until their attackers were done.

Or at least that’s the narrative the mainstream media has decided to pursue. According to the NYPD, the police were prevented from intervening by a large crowd who blocked them and threw bottles at them throughout the four-minute beating’s duration.

According to an internal NYPD report, all the shenanigans of the last few months have rendered police “afraid” to intervene in any criminal situation, lest they be accused of the crime of racism, which as we all know is worse than rape, murder, and cheating on the SATs combined.

BLACK ACTRESS APOLOGIZES FOR NOT BEING BLACK ENOUGH TO PORTRAY EXTREMELY BLACK SINGER
Nina Simone was a coal-black singer who, like most blacks and most women and perhaps especially most black women, made more of an issue about being a black woman than just about anything else. To hear her talk, you wouldn’t even know she was a singer.

She called black people “the most beautiful creatures in the whole world,” which sounds really racist until you realize that she could have picked a more flattering word than “creatures.”

Zoe Saldana is a light-skinned black woman who is objectively 400 times more beautiful than Nina Simone, who, if you want us to be blunt, looked like the offspring of a chimp and a coconut. Back in 2013 when there was talk of casting her in a Nina Simone biopic, Saldana insisted she was black enough to handle the role—which not only required her to have her skin darkened, it forced her to wear a flattened prosthetic simian nose:

Let me tell you, if Elizabeth Taylor can be Cleopatra, I can be Nina, I’m sorry. It doesn’t matter how much backlash I will get for it. I will honour and respect my black community because that’s who I am.

But that was 2013, and this is 2020, so now Saldana is sobbing and weeping and groveling and hoping she doesn’t get scalped:

I should have done everything in my power to cast a black woman to play an exceptionally perfect black woman….I thought back then that I had the permission [to play her] because I was a black woman.

At press time, Saldana’s black and white sides have stopped speaking to one another, leading to the most dramatic show-business split since Dean Martin and Jerry Lewis parted ways.