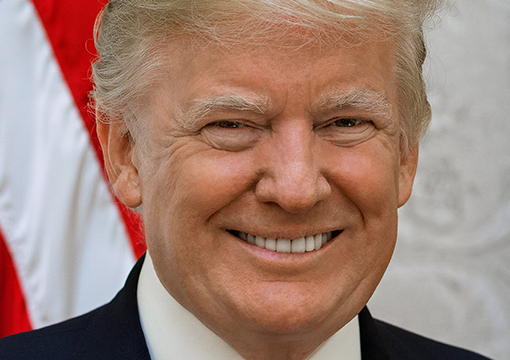 The Week’s Most Glamorous, Clamorous, and Amorous Headlines

SPORTS FANS BOO OPPOSING TEAM, WHITE SUPREMACY GETS BLAMED
If there are two categories in which black people outperform nearly everyone else on the planet, those would be sporting events and crime.

This is why it should come as no surprise that professional sports—which are filled to the gills with black athletes who probably would have been criminals if they hadn’t found a career in sports—have become a nonstop tedious megaphone for the sort of “social justice” doggerel that is statistically retarded and flies in the face of everything we know about black people and crime.

Ever since George Floyd died of a fentanyl overdose, what were once objective news outlets such as The Associated Press—or let’s just say that perhaps they were never truly objective, but at least they used to pretend they were—have decided to capitalize “Black” but not “white” and have tossed the entire legal process in the dustbin by assuming that George Floyd’s death was in any way related to “racial injustice and police brutality.”
So in the midst of recounting an event last week in which the World Champion Kansas City Chiefs and their half-black quarterback Patrick Mahomes hosted the Houston Texans, The Associated Press ignored the fact that the crowd booed only upon the appearance of the traveling team, which is what home crowds usually do, and instead blamed it on white supremacy and racial injustice.

The AP quoted Kansas City Councilman Eric Bunch, a white man who is apparently afflicted with a severe case of Passover Syndrome:

Some NFL fans booing the players for standing and locking arms in a moment of silent unity proves that for them ‘standing for the flag’ was always about perpetuating white supremacy.

Again, just to clarify, there was a small smattering of boos that just so happened to coincide with the emergence of the opposing team from their locker room, but it should be obvious to anyone who’s been awake for the past decade that all one needs to do to pretend you’ve won an argument is to utter the lethal and disabling phrase “white supremacy.”

If you really want to be treated equally, how about you start committing equal amounts of crime rather than selfishly hogging the majority of crime for yourself?

The AP also quotes Stacy Shaw, whom we knew was fat and black even before checking out her picture:

Nah, Miz Chubbs, people are going to boo the opposing team no matter what, and idiotic race-baiting opportunists such as yourself are going to blame “racism” no matter what. You’ve made life impossible to enjoy, and at this point we’d have no objection to chipping in and buying you all canoes with which you can paddle back to the Motherland.

U. OF MICHIGAN SEGREGATES STUDENTS BETWEEN THOSE WITH AND WITHOUT COLOR
If your true goal is to get everyone past this phantom demon of “racism,” the sensible thing would be to ensure that your every last word, breath, and thought doesn’t revolve entirely around race.

“If you really want to be treated equally, how about you start committing equal amounts of crime rather than selfishly hogging the majority of crime for yourself?”

It would also seem to make sense that if your true goal was “diversity and inclusion,” you wouldn’t single out white people for scorn and shame.

Then again, that’s assuming the goal is to make sense.

The University of Michigan-Dearborn, which is located in a town that where more than two out of every five residents is of Arab ancestry but is listed as “white” in Census forms, recently sponsored dueling events in which white and nonwhite students were segregated according to race.

It’s also noteworthy that white people were described in terms of what they lacked—they were classified as “Non-POC” (People of Color), whereas the colored people were identified as “BIPOC” (Black, Indigenous, and People Of Color). Each group was instructed to stay within the bounds of a digital “Café” reserved strictly for their race. And for the Non-POCs, the reason they were being corralled together was apparently to figure out how they can stop being so problematic to colored people. According to an official statement by the university:

The “cafes” were virtual open conversations developed to allow students the opportunity to connect to process current events, share their experiences related to race, share knowledge and resources and brainstorm solutions. The original intent was to provide students from marginalized communities a space that allowed for them to exist freely without having to normalize their lives and experiences, while also providing students that do not identify as persons of color the opportunity to deepen their understanding of race and racism without harming or relying on students of color to educate them.

How about non-POCs start boycotting a university system that lynches them with a guilt complex before they so much as crack open a textbook?

TRANSSEXUAL SATANIST ANARCHIST GETS REPUBLICAN COUNTY SHERIFF NOD
Some guy who pretends he’s a chick and calls himself Aria DiMezzo—which we’re certain is not the name his mama and papa gave him—recently snagged the Republican nomination for sheriff of Cheshire County, New Hampshire, despite being a self-described “Transsexual Satanist anarchist” whose entire platform was “fuck the police.”

DiMezzo says it was all stunt to prove that democracy is dumb and that people have no idea whom they’re voting for:

You feel betrayed. You may even be wondering how the party that you so believed in could do something like this. But, odds are, you’re blaming me….More than 4,000 people went into the voting booth on September 8 this week, and they all filled in the circle by my name despite knowing absolutely nothing about the person they were nominating to the most powerful law enforcement position in the county….The system that let you down by allowing me–the freaking transsexual Satanist anarchist–be your sheriff candidate is the same system I’m attacking. I’m sorry, and I know it hurts to hear, but that system is a lie. What of Donald Trump, a Democrat who won the Republican nomination for President for exactly the same reasons I just won the Republican nomination for Cheshire County Sheriff? It’s all a lie. It’s all broken.

We agree that it’s all broken. But so are you, Toots.

TRUMP CAMPAIGN ASKS US TO SUPPORT THE RUSSIAN TROOPS
The Trump Make America Great Again Committee is an arm of the RNC and the Trump campaign. It is designed to ensure he gets reelected and continues breaking all of his original promises for another four years.

It recently queefed out a political ad for Trump beseeching everyone to “support our troops.” The problem is that the ad used a stock photo that actually shows Russian MiG-29 fighter planes and “Russian models dressed as soldiers,” at least one of whom was hoisting an AK-74 rifle.

TRUMP CONTINUES TO DO ISRAEL’S BIDDING
Donald Trump is clearly the most inept Nazi who ever lived.

Hitler would be rolling in his grave if he ever became aware of how his obvious successor seems to suck up to Israeli interests at every turn.

For example, he recently engineered some accord between Israel and the United Arab Emirates and Bahrain in which the latter two countries agreed to formally recognize Israel’s existence. Trump also noted that the accord was an attempt to strong-arm the Palestinians into caving and accepting whatever crumbs the Israelis are willing to toss at them because “the Palestinians are very difficult to deal with.”

Last Tuesday he also presented Benjamin Netanyahu with a golden “key to the White House,” which came as a surprise to us, seeing as how we were under the impression that Netanyahu already owns the White House.

FBI REPORT: MURDER AND ARSON UP, OTHER VIOLENT CRIME DOWN
According to stats released by the FBI last Tuesday, during the first half of 2020 the national murder rate increased almost 15% and arson went up 19%. However, violent crime overall dipped by four-tenths of one percent, while rape went down an astonishing 18%, and we only say “astonishing” due to the fact that race rioters tend to be statistically accomplished at rape.

Why murder and arson went up while other violent crime went down is anyone’s guess, so we’ll guess that in a climate that effectively preaches it’s OK to murder anyone who doesn’t slavishly chant “Black Lives Matter,” what ordinarily would have been petty criminals have decided to ditch the small-time stuff and keep their eyes on the prize.