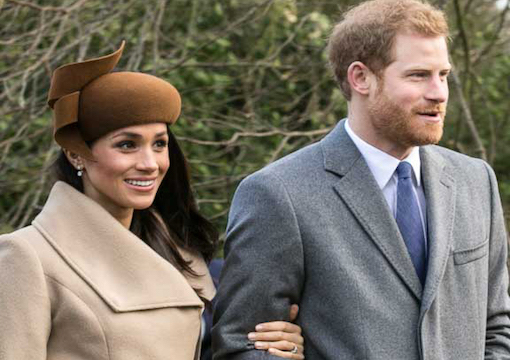 The Week’s Most Arched, Starched, and Parched Headlines

THE GREAT NETFLIX PRANCE-OUT
When BLM sacked L.A. last year, the “peaceful protesters” focused on the wealthy Westside. It made sense; upscale territory filled with treasure.

Sadly for the transgenders who held a protest outside Netflix headquarters last week (because the streaming giant had allowed a black man to tell a joke), their staging area wasn’t exactly in the best part of town. Netflix HQ is in a part of Hollywood crawling with schizos, junkies, and criminals who look for any excuse to demand “reparations” from frightened passersby.

The denizens of those streets aren’t likely to call a man in a wig “ma’am.” Indeed, they’re rather likely to be irked by the request.

That might be the reason the vaunted “Great Tranny Walkout” fizzled. Initially, organizers predicted an army of shamblin’ shemales. “More than 1,000 Netflix employees are set to walk out of their jobs,” the media declared.

But being transgender is all about overstatement.

“I look feminine in this dress!”

“I don’t look freakish…not even remotely.”

“1,000 Netflix employees will join us in a crappy part of town to march for the silencing of a black comedian.”

News outlets were cagey about the turnout. The New York Times would only commit to “dozens,” while other organs opted for “the exact turnout is unclear.”

Yes, unclear if one is cognitively unable to conduct a headcount of thirty people. Otherwise, there was no unclarity.

But tranny activism has never been about numbers; indeed, the joy has always come from getting the majority to bend to the tiniest possible minority.

So to hell with numbers! The walkout was a great success!

And the marchers looked fabulous in those wigs and dresses.

“PREVENT” ONCE AGAIN FAILS TO
Remember the tale of Danyal Hussein, the Iraqi-Kurdish immigrant in Britain who’d been identified by Scotland Yard as a Muslim extremist with a propensity for murderousness? And how, rather than doing the—what’s the word?—intelligent thing and sending his Muhammadan ass back to Iraq, the government enrolled him in what’s known as the “Prevent Programme”?

“Prevent” is an “interactive learning experience” designed to “cure” Muslim lunatics of their lunaticary. Through the use of hand puppets and flash cards, Prevent can take the most hardened jihadist and turn him into the kind of lovable Muzzie you can take home to mum.

In reality, Prevent is a laundromat for leopards, and damned if those spots never wash off.

When asked if this latest failure will lead to England deporting suspected terrorists instead of trying to “cure” them, a government spokesman replied, “Bloody ’ell no, ’cuz we’s morons we is we is.”

Maybe there’s a compromise here: Just ask Muslim immigrants if they believe that there are only two genders and only women can get pregnant.

Any who answer “yes” will, by British law, have to be deported as “hate criminals.”

ALL HALLOWS’ PEEVE
You’re a woke “diversity” activist, and Halloween’s just a week away. But you look around and, to your dismay, your previous years of bullying and threatening have worked a little too well. White folks have become so petrified of wearing “racist” costumes, they’re not giving you any new material for outrage. No blackface, no taco costumes, sombreros, Indian headdresses, kimonos, ponchos, serapes, grass skirts, rastacaps, or, as NPR oddly phrased it, “sinister Arab mustaches” (aren’t they known for beards?). In many communities, costume parties have been banned, lest a random whitey wear a getup that might be called racist by a jobless millennial blogger employing his degree in “The Genocidal History of Wacky Hats.”

“White folks have become so petrified of wearing ‘racist’ costumes, they’re not giving you any new material for outrage.”

You’ve banished costumes, yet you feel strangely empty inside. How can you possibly have fun this Halloween if there are no white people to harass?

“Spook” is simply the Dutch word for ghost, as should be obvious by the double-o’s (after all, this is a “language” in which the word for tree is “boom.” How can you possibly take such a tongue seriously?).

So “spook” is just a harmless little word from a language nobody speaks. But to diversity inquisitors, it’s the most racist, KKK, rootin’-tootin’ strange-fruitin’ word in the world.

Last week the National Theater of Scotland was pressured into abandoning the use of “spooky” in its Halloween-themed productions, because “during the Second World War US military officers used ‘spook’ as a derogatory term to describe black pilots.”

A National Theatre spokesdumbass told the Sunday Mail that “NTS is committed to fighting racism so need to be extra careful in the language it uses. It’s always been a really white organisation but it’s trying to change that and become more diverse. There might not be many people who know that ‘spooky’ can also be used as racist but, even if it’s one person who’s offended, it’s one person too many.”

The Scottish are infamous for being stingy, but when it comes to kowtowing to those who refuse to understand word meanings, they’re anything but niggardly.

INVISIBLE VICTIM, IMAGINARY ATTACKER
The University of Maine’s “Campus Eyes” website is a tool through which students can report acts of racism, sexism, and other activities that on today’s campuses are seen as greater offenses than murder.

A tall white guy with short brown hair grabbed my friend from behind and choked her and called her a dyke for wearing a pride shirt. My friend was alone at the time when the crime happened.

Students rallied for justice. Administrators assured the panicked pupils that cops were on the case.

And the community held its breath waiting for “tall Nazi with short brown hair” to be caught.

There was only one small problem: No student ever came forward claiming the assault happened. There was no victim.

Okay, two small problems: The report claimed that the assault occurred at 5:48 p.m. at the University Mall…an area packed with people at that time of day. And nobody saw nuthin’.

Make that three small problems: The mall is blanketed by security cameras, and police reviewed every second of footage. No assault.

No victim, no perp, no witnesses, no video.

As Maine is the Stephen King State (official motto: Mediocritas, Quantitas, Repetitio), the most viable spooky answer is, an invisible Nazi attacked an invisible lesbian.

At least that’s what the university thinks. Last week police closed the case on account of zero evidence that anything occurred. But the school wasn’t having it. A “diversity and inclusion” administrator told the campus newspaper that not only is the imaginary crime real, but all of us are to blame for it: “The reality is, acts like this happen because we as a community allow them to.”

Yes, we are far too lenient with invisible men.

Administrators warned LGBT students not to walk alone across the mall.

A case of overreaction? Or a legitimate response to the dreadful epidemic of invisible-on-invisible crime?

ROYAL DOLT’UNS
They call themselves the “tie-dye bankers.” Jay Lipman and Johny Mair founded the $1.3 billion “hippie” investment firm Ethic, which specializes in “socially conscious,” “green” investing to “save the planet.”

Their publicity photo depicts them in old sneakers, skinny jeans, tie-dyed shirts, scraggly beards, and scruffy hair, embracing each other while smiling for the camera.

As subjective as matters of intelligence can be, sometimes there truly is a pronounced dividing line between smart and “stone stupid.” And that photo is that line. It’s a Rorschach test. If you see two calculating con artists, you’re smart. If you see two benevolent hippies, you’re Rain Man.

This is public knowledge. So what kind of low-IQ/high-bank-account cretins could possibly be gullible enough to fall for Ethic’s con?

Meet Rain Man and Woman: Harry and Meghan! Yes, the royal twits have partnered with Ethic to advance their environmentalist agenda, because apparently neither of them can read. Or cogitate.

That they can breathe is a medical miracle.

Meghan, the bimbo actress who hit the jackpot only to declare that jackpots are racist, has dismissed concerns that she and her whipped prince are investing against their own stated objectives, telling the press that her family never had “the luxury to invest” when she was young. That Markle attended a $16,000-a-year private high school doesn’t get in the way of her poverty lament. Indeed, she recently moaned to desiccated cadaver Nancy Pelosi that as a child, her family could “only afford” to eat at Sizzler every night.

Eating out every night? Bob Geldof raised money for the wrong kids. Young Meg was the true face of famine.

And now the spoiled brat who thinks eating at restaurants equals starvation, attending fancy private schools equals poverty, and marrying a royal equals oppression has bullied her wealthy moronic husband into investing in a firm where fracking, drilling, and pharma equals “green.”

As two faux hippies bang their solid-gold Indian drums and have a good laugh about how there’s one born every minute…sometimes into money.