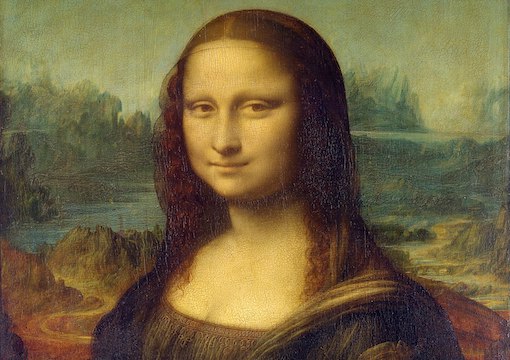 THE LONG CON
Not since the wife in Gone Girl has someone made such vindictive use of their death.

Jimbo Jackson was the principal of Fort Braden K–8 school in Tallahassee, and during the pandemic he became Florida’s public face (and bald head) of school closures, going toe-to-toe with Governor DeSantis over whether to allow kids to learn in person, or keep them in closets encased in plastic safety bags.

When Jackson contracted Covid in July 2020, he greatly disappointed himself by recovering, as his death would’ve been the ultimate “screw you Ron” moment. Even as the pandemic receded, Jackson still lobbied tirelessly to keep kids out of school.

Well, last week Jackson finally croaked (in comedy this is called “commitment to a bit”). With his last breath he proclaimed that it was “long Covid” that dun him in, and he implored his followers to use his passing to force school closures.

Expect a lot of this from now on. Anyone who ever had Covid, whenever they die—ten, twenty, thirty years from now—they’ll be counted as a Covid mortality. In that way, the pandemic will never outlive its usefulness.

Headline from the year 2056: “Tom Hanks died today at age 99. Another senseless Covid casualty. Thanks, DEATH-SANTIS.”

Back in January, JAMA Internal Medicine published a study indicating that “long Covid” is purely psychosomatic: “Physical symptoms persisting 10-to-12 months after the COVID-19 pandemic first wave may be associated more with the belief in having experienced COVID-19 infection than with actually being infected with the SARS-CoV-2 virus.”

Covid as a social construct.

A BRIDGE TOO FARNOUSH
Forget about busboys. Last week, Brooklyn Jews got some busoys, which they (of course) blamed on busgoys.

An anonymous anti-Semite spray-painted swastikas over a Jewish organization’s bus-stop PSA that read “We’re just 75 years since the gas chambers. So no, a billboard calling out Jew hate isn’t an overreaction. #EndJewHate.”

“When it comes to soul-stirring political protests that shake the very foundation of heaven itself, the left’s still got it. If by ‘it’ one means ‘looking like morons.’”

75 years? It feel like 75 minutes the way you keep reminding us.

The swastika-spraying launched the Pursuit of the Graffiti Spee, as the ADL ordered the NYPD to spare no expense in hunting down the perpetrator.

And then the Dachau dauber, the Banksy of Buchenwald, was caught.

And (huge surprise) it was a Jew.

Farnoush Hakakian is a 45-year-old Iranian Jew. Her surname dates back to the time in ancient Persia when Xerxes thought his cat was speaking to him.

Mardonius: My king, I think it’s throwing up.

Xerxes: No! It’s a message just for me!

Mardonius: Pretty sure it’s a hairball, my lord.

Far-out Farnoush explained via Facebook that she defaced the billboard because she’s tired of Jews and their crap:

She must be a barrel of laughs at Seder.

PROTESTS AND DUMBIN’STRATIONS
Last week proved that when it comes to soul-stirring political protests that shake the very foundation of heaven itself, the left’s still got it. If by “it” one means “looking like morons.”

First, to the Louvre, where a 36-year-old self-proclaimed “environmental artist” dressed up as an old lady in a wheelchair to throw cake at the Mona Lisa and then force-feed it to her in an effort to save the planet from global warming.

Yes, everything about that last sentence is insane. Yet, compared with other things environmentalists do—trying to power large cities with windmills that freeze in the cold, blowing up oil pipelines because they might leak—the artistic assault and cake-battery wasn’t so bad. Fortunately, the Louvre has da Vinci’s masterpiece encased in bulletproof glass; this was necessitated following an unfortunate incident in 1994 when two black tourists from Chicago got into a heated dispute over whether the painting’s background represents the Valdarno valley or Montefeltro. Ten patrons died that day.

The chocolate-chucking Marie Antoinette cake-giver was swiftly arrested. President Macron denounced the protest, stating that if you’re going to feed a famous painting, do Dogs Playing Poker, because when’s the last time those good boys had a biscuit?

Meanwhile, as the French were dealing with cross-dressers having pie fights with inanimate objects, in New York a bunch of white leftists held a protest to prove that white leftists are the most useless things on earth. Several dozen bored Saratoga Springs whiteys held a “die-in,” lying down in the middle of a busy street to advocate the teaching of CRT in schools. The protest was led by local BLM founder Chandler Hickenbottom, who you might remember as the effete comic foil in every British farce ever.

According to Saratoga’s Daily Gazette, onlookers yelled at the supine simps to “get back to work” and “get a life.”

If only life imitated Road Runner cartoons, one good steamroller could’ve transformed that protest into a piece of art worthy of the Louvre.

ELMER FADD
Speaking of cartoons, just as Elmer Fudd was ceaselessly humiliated in his pursuit of wascally wabbits, so too have a bunch of morons recently been thwarted in their pursuit of the latest million-dollar fad.

Not everyone’s bright enough to get in on the ground floor of the latest Pet Rock…and fewer still are wise enough to get out before the bottom drops. Last week MSN profiled several asinine-steins who lost their shirts investing in NFTs.

Nate Hart likes cats. In that way, he’s unremarkable. However, he likes cats so much that last year he paid $600,000 for an NFT of a cat. Now, that makes him remarkable…remarkably stupid. He admitted to MSN that today his cat NFT isn’t worth enough to feed a real-life kitty one day’s worth of kibble.

MSN also profiled Frank Chaparro, who spent $20,000 on an NFT of “an image of cats in bowls” that at present isn’t worth the cost of either one real cat or one real bowl. “Does it hurt? Of course,” Chaparro conceded. “But think about all the things you enjoy having that really don’t have value but they say something about yourself.”

Yeah, like “I’m the reason silica packets have ‘do not eat’ printed on them.”

Meanwhile, Reuters profiled Lloyd Armbrust of Pflugerville, Tex., who sunk his life savings into Covid mask manufacturing in 2020, and now he can’t figure out why the orders have slowed. Yes, he’s genuinely confused about it. In fact, he’s still trying to unravel the puzzle of why his daddy’s Bicentennial banner business went belly-up on Jan. 1, 1977.

“Armbrust did up to a half-million dollars in mask sales a day,” Reuters reported. “Now, Armbrust laments, ‘we’re like 5% of that.’”

And he has no idea why, making him an excellent candidate for a job as a WaPo market analyst.

That some people lose their fortunes isn’t a mystery. The only mystery is, how the hell did they ever get fortunes in the first place?

Holy cow, nobody saw that coming!

Is that a surprise either? A guy who loves sniffing little girls and talking about children rubbing his leg hairs in a swimming pool might be into some freaky stuff in his off-hours?

No word on why the president hasn’t appointed his son to lead the National Endowment for the Arts. After all, how many of us have looked at Mount Rushmore and said, “But what it really needs is a huge phallus protruding from Teddy Roosevelt”?