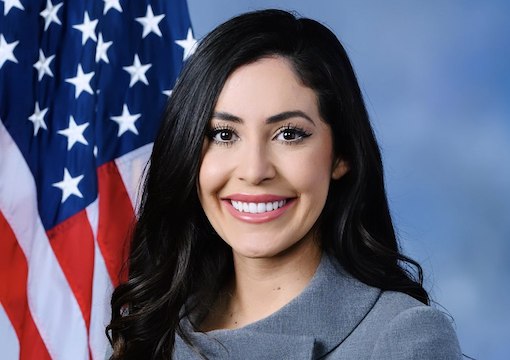 The Week’s Most Evolving, Absolving, and New Year’s Resolving Headlines

KAREN-EYES CODY
“Iron-Eyes Cody,” one of the most successful Native American actors in American history, is perhaps best known as the “crying Indian” in the Keep America Beautiful PSAs of the 1970s.

Turned out Cody wasn’t crying because of litter; he wept because the commissary was out of gabagool. “Iron-Eyes” was more like Iron Lies—a full-on Italian goomba, not a drop of Injun blood.

Enter Kay LeClaire. This Madison, Wisconsin “Indian activist” has been waging a one-woman crusade to force city businesses to drop Native names out of “respect for her people.” She successfully strong-armed a club called The Winnebago into changing its name, and she became quite wealthy in the lucrative “indigenous art” market while accumulating Indian-only government grants.

Only problem was, Bimbocahontas is no Injun; she’s a Valley Girl of Northern European descent. Actual Natives did a genealogy search, possibly tipped off by the name of her art shop (Errmahgerd, Teepees ’n’ Crap), and they discovered that LeClaire had falsely claimed to be a member of the Ho-Chunk Nation (not to be confused with the Chunk-Ho Nation, a reservation of inner-city hookers who got too fat for the job). She’d also previously falsely claimed to be Cuban-Jewish (which qualifies her for a New York GOP House seat).

The sleuths also revealed that Sacajewier had artificially darkened her face to look “Native.” She even developed an alcohol problem and purposely contracted AIDS to weaken her immune system (commitment to the bit).

A Woman Called Norse has been sent on her own Trail of Tiaras by the Madison community. An outcast, she apologized and pledged to return the money she made via her con.

U.S. soldiers are on the march!

To the Pride Parade.

A recent Wall Street Journal exposé reveals the extent of the Biden administration’s diversity propaganda penetration into NASA and the military. And just like gay sex, it’s penetration incapable of bearing fruit, but boy, does it stink.

One manual highlighted by the WSJ “collapses the distinction between gender and biological sex by imagining a urine collector who is uncomfortable observing soldiers who are not the same biological gender.” The manual fails to make clear if the “urine collector” is someone obtaining medical specimens, or a fetishist from San Francisco. Or Sam Brinton combining his love of urine with his love of taking people’s stuff.

Over at NASA, their manual instructs rocket scientists to reject rocket science; in the name of upping the number of black employees, project leaders are told to ignore data in favor of “the lived experiences of nonwhite workers.”

Well, there goes the manned Mars mission. Or maybe not. Actually, things are progressing faster than ever after black workers were told that while the moon isn’t made of cheese, Mars is made of fries, and they’re the hottest fries in the universe.

ROBBER THE BRUCE
Speaking of which…

It was the reparations success story of 2022. L.A. County returned a parcel of land in Manhattan Beach to the black family who once owned it. In 1912, the Bruce family purchased beachfront real estate with the intention of building a black beach resort. Everything was going smoothly until somebody said, “Uh, swimming and black people. You sure that’s a good idea?” And local racists, too blinded by hate to just let the resort be built and watch nature take its course, decided to rid themselves of the Bruces by seizing the land.

But after a fentle giant wheezed his last breath in Minneapolis in 2020, L.A. County drew up plans to return the property to surviving members of the Bruce family, who declared their desire to fulfill their ancestors’ legacy and turn the land into Blacapulco for Compton winos and gangbangers.

The leftist residents of 75 percent white, 0.5 percent black Manhattan Beach were so “pleased” with this announcement, they carried note cards with scare quotes to hold up every time they said “pleased.”

“Unable to elect a speaker, unable to articulate why, congressional Republicans are making Fetterman look dynamic.”

But then something funny happened…a lawyer, likely named Schmuckler or Putzenberg, pointed out that just as the land was now 100 percent the Bruces, so was the liability. Unconfirmed rumors have it that a late-night trip to a Compton McDonald’s led to second thoughts. After a patron got “them cold fries,” the Bruce heirs, barely escaping with their lives, rethought that whole “black resort” idea.

Then last month Disneyland, following a year of nonstop brawls by ungentle giants, issued a plea to park guests to stop beating on each other over trivial disputes.

A few days later, the Bruces announced that they’re selling the land back to the county for $20 million and walking away.

A wise move, and one that pleased Manhattan Beach Democrats so much, they tore up their scare-quote cards.

POROUS BORDER, POROUS BRAIN
If the border won’t come to Joehammed, then Joehammed must go to the border.

Joe Biden is about to do the unthinkable: actually visit the border he threw open to the world.

Biden plans to view the border from the Mexican side, much to the consternation of his handlers, because Mexican border towns are notoriously crime-ridden. But Biden brushed off such concerns, telling aides that as a young man he spent many days in Tijuana, where he bravely stared down a local bad hombre named Maízpop.

Biden’s handlers also fret that while viewing the border, he might wander away and fall into the hands of coyotes who’ll mistake him for a rest-home escapee and use him to bring in dozens of unaccompanied minors as grandkids, since Biden’s long forgotten his real ones.

Meanwhile in Europe, Sweden, with its new “right-wing” (read: commonsense) government, is about to take its turn heading the E.U. And the Swedes, fresh off their success of surviving Covid without crippling their economy or tarderizing their kids with masks, have promised to fight the importation of new Third World “refugees.”

European Parliament socialist leader Iratxe, whose name sounds like a gender-nonconforming rodent’s pronoun, agreed that refugees bring rape and murder with them, but “Isn’t their food amazing? What’s more nourishing for a rape victim than a bowl of Eritrean tsebhi? And it’s just practical to bring in rapists who already know how to cook it.”

Back at the U.S./Mexico border, Biden somehow got his head caught between two wall bollards. Democrats are debating whether to leave him there.

RUNNING SORCERESS
Get ready to own the libs in 2023! Yes, the new GOP House is primed and ready to go, a well-oiled machine of patriots, single-minded in the pursuit of…

But hey—at least the GOP has a witch (lost your chance, Christine O’Donnell!). The supposed Wiccan is Congresswoman-elect (and member of the anti-McCarthy “gang of 20”) Anna Paulina Luna, the first Mexican congressperson from Florida. And she’s already making a hot mess of things, a total shock and surprise to everyone who’s never heard of the L.A. City Council.

Here’s the story, try to follow along. And no, this isn’t a joke. In 2021 Luna’s husband’s “psychiatric service dog” bit a child on the arm at a beach, which prompted Roger Stone to have Laura Loomer call her a bitch which prompted Luna to respond that the dog was sorry which prompted Stone to say “dogs can’t talk” which prompted a Stone ally named Tito to say “maybe her dog can talk because she’s a witch” which prompted Stone to dress up as Luna for Halloween which prompted Tito to say “I’ll challenge her in the primary” but then he backed out because he’s scared of witches (also, Randy, Marlon, and Jermaine asked him not to run) so a different GOP challenged Luna in the primary but then he said he was going to murder her using Russian hit men so he lost but then Luna called Hillary Clinton “herpes” so she got banned from Fox News and then Trump endorsed Luna in the general which infuriated Stone because she’s a witch but she won anyway and now she’s suing Tito for starting the “witch” rumor and when The Daily Beast asked Luna about the suit she claimed that the reporter’s question equaled sexual harassment and boy, don’t you feel optimistic about the GOP, because nobody’s even been seated yet but already this is the state of things.

There are two lessons to this story. One: Florida may now be red, but Florida will always be Florida.