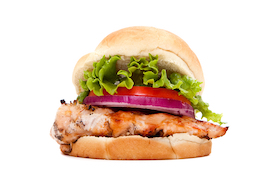 The Week’s Most Offensive, Expensive, and Hypertensive Headlines

TO HELP SAVE THE PLANET, SCIENTISTS ENCOURAGE BILLIONS TO DIE
Anyone with a wooden nickel and two brain cells to rub together has known that this whole “environmental movement” shtick is simply another power grab designed to slake the elites’ endless thirst for Lebensraum and mass murder.

Sure, they may prattle on about climate change or CO2 or global warming, but their main goal always has, and always will be, the bloody and merciless elimination of the world’s lumpenproletariat.

A group of 11,000 alleged scientific “experts”—beware of anyone who calls themselves an “expert,” because they’re usually some snake-peddlin’ jerk—have published a warning in the journal BioScience that not only do we need to use environmentally friendly beverage containers, quit driving our cars, and stop eating meat in exchange for eating insects, we need to start killing people.

Mind you, they didn’t come out and say “We need to start killing people,” because not only would that be extremely rude, it would also be illegal. But they said we need fewer people on the planet, and it sure sounds like they’re in a rush:

We declare, with more than 11,000 scientist signatories from around the world, clearly and unequivocally that planet Earth is facing a climate emergency….Governmental bodies are making climate emergency declarations. Schoolchildren are striking. Ecocide lawsuits are proceeding in the courts. Grassroots citizen movements are demanding change, and many countries, states and provinces, cities, and businesses are responding.

These 11,000 so-called “scientists” also threaten that the fat and lazy citizens of Planet Earth—many of them most likely Baby Boomers, although they didn’t come right out and say it—have squandered so many opportunities to save this big blue marble that it’s time for people-reduction. They say the global population “must be stabilized—and, ideally gradually reduced—within a framework that ensures social integrity.”

We agree with them 100%. What it comes down to, though, is the bloody battle over who exactly gets to define “social integrity.”

THE DARK HISTORY OF THE MORMON FAMILY WHO WERE MASSACRED IN MEXICO
In addition to untold millions of unwanted illegals, Mexico has given us many things. Actually, that’s not really true—we investigated, and all they’ve been able to cough up is the nacho.

Last week the horrific murder of nine US citizens—three mothers and six children—who were all identified in the press as members of the same “Mormon family” were killed after being ambushed by cartel members in the border state of Sonora.

Christina Johnson saved her infant daughter’s life by tossing her onto the SUV’s floor after gunfire erupted. Thirteen-year-old Devin Langford hid some of his siblings in bushes to protect them from the onslaught, then walked 13 miles back to their Mormon community to alert relatives, or kinsmen, or whatever Mormons call each other.

President Donald Trump tweeted that it was time to declare open war on the cartels. Failed presidential candidate Mitt Romney said that although he didn’t know the slain Mormons personally, it really sucks to see Mormons getting slaughtered like that.

What received very little attention in the press is that the Mormon family in question—the LeBarons—have a murderous history of their own.

They are members of a splinter sect of Mormons who initially split from the Church of Jesus Christ of Latter-Day Saints after the Church outlawed polygamy. In a power battled during the early 1970s, Ervil LeBaron had his brother Joel killed. He was imprisoned in Mexico and wrote a 400-page instructional manual on how to kill disobedient sect members, complete with a hit list of names. Although he died in 1981, seven years later a handful of his family members carried out the “four o’clock murders” in Texas, killing an eight-year-old child and three former sect members.

Is this the dawn of a murderous turf war between Mexican drug cartels and polyamorous heretic Mormons? Grab the popcorn!

FATAL STABBING AT POPEYES SPURS NATIONAL CONVERSATION ABOUT CHICKEN-RELATED HATE CRIMES
Whether or not our nation’s fast-food chicken joints are mere pawns of a sinister CIA/CFR conspiracy to sterilize young black males is far beyond this article’s purview. We will note, however, that black males seem to keep dying at them.

”Is this the dawn of a murderous turf war between Mexican drug cartels and polyamorous heretic Mormons? Grab the popcorn!”

Just as is the case whenever there is a new release of an urban-oriented line of sunglasses or athletic footwear, waves of violence greeted the summer release of Popeyes chicken sandwich, which is rumored to taste good although we aren’t willing to risk getting stabbed to death in order to find out. The poultry-based item sated the appetites of so many impoverished and downtrodden palates upon its release that it almost instantly sold out…only to be resurrected a week or so ago.

According to an eyewitness of the fatal stabbing at a Popeyes facility in Oxon Hill, MD, the tragedy started when “dude cut in line”—chicken-sandwich-eaters tend to do that—and then “went outside” with their sandwich, only to be stabbed to death in the parking lot by someone who apparently lost their place in line after dude cut in line.

According to a police spokeswoman who is black but appears to have a considerable bit of cream in her coffee:

Our homicide detectives are hard at work on this one, but we have been able to determine preliminarily that this is related to the release of the sandwich here at this restaurant.

If you’ll notice—we did—she carefully left out the word “chicken” in her official statement, although the murder was undeniably chicken-related.

They say guns don’t kill people, but maybe chicken sandwiches do. It’s a documented fact that whenever a new designer chicken sandwich is released in an urban area and the demand exceeds the supply, violence inevitably erupts.

People, it’s time we had a discussion about this.

FORMER PHILLY STARBUCKS MANAGER FILES SUIT CLAIMING ANTI-WHITE DISCRIMINATION REGARDING 2018 RESTROOM SCANDAL
You may recall a little incident last year at a Starbucks in Philly where a pair of black men seemed to presume that 400 years of persecution allowed them to pee and poop with impunity in the restroom and just linger around, their oniony body odor wafting through the establishment, without having to buy anything. The event actually led to some nationwide Struggle Session with Starbucks employees where they were apparently instructed to be very afraid of black people and let them do whatever they want at all times. It even led to insane headlines that start off with the phrase “Black Coffee and White Fear” without pausing to consider how ridiculous that sounds.

To poison your mind’s well about who the actual guilty parties were in that incident, the two black dudes’ names were Rashon and Dante.

Now a white woman with the perfectly acceptable name of Shannon Phillips is suing Starbucks for discriminating against her glistening and pearly white skin. Her lawsuit argues that she was offered up as a little sacrificial white lamb merely to appease the bloodthirsty hordes waiting outside the gates and threatening to loiter forever.

Good luck to in your lawsuit, Shannon Phillips. You sound like a nice white lady.

HEAVY-METAL DRUMMER SAYS HE’S “SICK” OF SEEING INTERRACIAL COUPLES IN COMMERCIALS
James Kottak used to drum with heavy metal band The Scorpions of “Rock You Like a Hurricane” fame after he was unceremoniously booted out—and mind you, heavy-metal boots are not only hard, they’re very pointy—a few years back for being a lush.

He now drums with the band Kingdom Come, which is a little sad when you consider that he’s in his fifties and that there’s not much “metal” about arthritis.

He recently tweeted that he felt modern advertisements were pushing an agenda of miscegenation that reflected nothing he’d ever seen out here in the real world with his bloodshot eyes:

You know I am sick of every other commercial having inter racial couples…this is not reality. It is Hollywood shoving it down our throat. I don’t have one friend or friends who live in this category…just saying

It’s a good point. The advertising industry pushes “the swirl” in everything, not only when it comes to portraying couples. Have you ever hung around with “the guys” on a Sunday afternoon watching football, eating guacamole, and drinking beer? Did your group ever include that one black guy you see in all the commercials? No, right? Weird.

HITLER COSTUMES MAR AN OTHERWISE WONDERFUL HALLOWEEN
Even after slavery and the Civil Rights Era and the Rodney King and Trayvon Martin incidents, it astounds us that racism in America continues to reach new heights of “completely not cool.”

Halloween is usually a time when the nights are getting longer and the air is getting crisper and the children dress in joyous costumes and, if they’re lucky, their Reese’s Cups aren’t loaded with cyanide.

A souvenir shop in Prague—we’re not sure if it’s Halloween-related, but we’re squeezing it in anyway because it happened recently and unless we mentioned it like we just did, you probably wouldn’t even have noticed—recently endured a well-deserved backlash after featuring a rubber mask of totally evil Nazi dictator Adolf Hitler in its front window. The Israeli ambassador to the Czech Republic called the masks an “affront to Holocaust survivors.”

In Kaysville, UT, a school principal and teacher have been put on leave after a boy appeared in a Halloween parade dressed in an “apparent Adolf Hitler costume…a red swastika on the sleeve of a dark brown, long-sleeve shirt…”

Jay Jacobson of the United Jewish Federation of Utah, an organization designed to defend and protect Utah’s half-dozen or so Jews, sharply condemned the incident:

This is something that offended a number of people, frightened people, traumatized people to see it. I’m hoping it wasn’t intentional.

The school district likewise said that Hitler costumes in Halloween parades are just not in any way cool whatsoever:

The district is taking the matter very seriously and is investigating every aspect of the situation. It does not tolerate speech, images or conduct that portray or promote hate in any form.

All we’ll say about Adolf Hitler is that if he came a-knockin’ on our door looking for some Halloween candy, we’d slam it in his face so hard, that stupid little mustache of his would fly off.