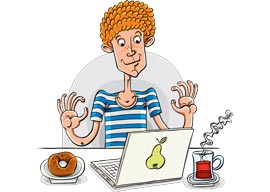 It took some work, but he admitted he was at least a very large part of Khan’s termination. Trotter was very ambiguous about everything but I pushed harder and eventually narrowed his motive for the smear down to the fact that Razib had not publicly distanced himself from Taki Theodoracopulos” views nor that of other people who write at Taki’s Magazine and VDARE. This was a strange beef because he admitted he doesn”t agree with everything his boss Nick Denton believes. In fact, he chortled at the idea anyone would think he should.

More prodding eventually got us to the magical R-word. Razib Khan is open to the studies of race and IQ, ergo he’s a dangerous racist “ is the crux of the argument. I asked why it’s wrong to study IQ and he said such “scientific racism” could lead to policies that discriminate against blacks. The irony that he had cost a real job by worrying about a hypothetical job was lost on the guy. I asked him to define racism and as is almost always the case with these people, he couldn”t do it. All he could tell me was that it’s “systemic.” It became clear that he hadn”t really given any of this much thought beyond that magic word. Basically, he starts with a loose premise about justice and then just bulldozes his way through other people’s personal lives.

When he’s not getting “racists” fired, Trotter appears to have devoted a huge portion of his journalistic career to outing gays. He has been all over Shepard Smith for a while now and excitedly barked out, “He has a boyfriend!” to me when the subject came up. As far as I know, Shep has been out for a while. However, even if he wasn”t out, “Why bother outing him?” I asked. “Fox News is in New York City” he said using his hands to demonstrate a city on the table, “None of their reporters are openly gay. That’s like not having any black reporters.” I asked, “So?” and he gave me that spiel about how every industry has to very publicly represent the demographic mosaic. When I asked him why there aren”t more white men in basketball or women in garbage collection, he had no answer. I assume he’s equally disgusted with the lack of diversity among the Daily Show’s writing staff.

After two hours of discussing ethics with someone who was clearly not interested in ethics, I dismissed my spies and watched the color drain from Trotter’s face. Once again, it hadn”t occurred to him that there are repercussions for his destructive behavior and he had created a culture of distrust. In the end, his argument seemed to be, Why are you mad at me? I”m just reporting “interesting” facts. You should be mad at the institutions that take us seriously. It was the only salient point he had made during our entire two-hour conversation. I spoke to Razib after the meeting and he had a similar point. He said this is one minor setback and at the end of the day, he will be looking back at a massive legacy of hard work while Trotter will have been long forgotten. He was already over it because he didn”t pay it much attention in the first place. If only the rest of our culture was as sophisticated. Of course “life saboteur” is a vile career to pick. There will always be petulant children shrieking about monsters. The fact that we take them so seriously is the real problem. I have to tip my hat to Comedy Central for recognizing the 1st Amendment when a cool black guy says something uncool. Let’s hope the mainstream can one day extend that courtesy to the rest of us.