The Alt-Right Is Bringing Back AIDS! 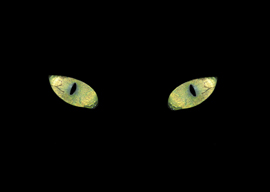 There was zero corroborating evidence. Medical tests showed that the girl had not been vaginally penetrated (which was the charge), and there were no other signs of physical abuse. No one else had heard the day-care confession that Conradi supposedly witnessed, and the child did not repeat the accusations to authorities. But the Swans were nevertheless separated from their daughter and put on trial. You see, today we have the luxury of dismissing the nuts like Cernovich, Posobiec, “Vox,” etc., because, like a disease, they’ve been quarantined to the fringe. But back then, what passes for lunatic ideology today was official state doctrine. The criminal justice system accepted the reality of satanic ritual abuse cells as fact. Therefore, during an investigation, there was no need to prove the existence of the network. “Of course it exists. We just know.”

Based on Conradi’s testimony, the Swans were convicted. When their daughter wouldn’t corroborate the accusations in court, she was deemed incompetent to testify (because when the state declares that something exists, those who claim it doesn’t are by definition insane).

Most important, the defense was not allowed to present any information about Conradi the Confessor. Which is too bad, because it turned out that Conradi was a pathological self-described “hater of men” who admitted in interviews to having canvassed the neighborhood looking for men to accuse as abusers, because she just “knew” that all men are. She also copped to the fact that she’d unsuccessfully tried to report “molesters” in the area twenty times prior to the Swans. Oh, and this “day-care instructor” was a drug abuser who had no teaching credentials. In fact, she didn’t even have a high school diploma.

Yet still, on the strength of her word, the Swans lost their daughter and went to prison, because at the time hundreds of judges and prosecutors were “Pizzagaters.” This is the America the alt-right wants to bring back. And that’s why it’s ironic. All these MGTOWs and “incels” and anti-feminists want to take us back to a time when a bitter man-hating feminist’s word was all that was needed to tar an American as a “ritual abuser.” That is what the alt-right is pushing for today. Think I’m exaggerating? Over the past few days, tens of thousands of alt-righters have flocked to the videos of an obviously disturbed Hollywood extra who purports to know the names of all the Hollywood satanic ritual abuse cult members. He offers no proof beyond the claim that he heard things in private.

Thankfully, the 1980s satanic ritual abuse hysteria ended with so many exonerations, exposés, and lawsuits, it’s not coming back. Not officially, at least. Not as unquestioned state dogma. But it’s definitely come back as the main obsession of the alt-right. And in today’s America, where internet trolls can ruin lives, we may not end up seeing the 1980s hysteria play out again in exactly the same way, but we could end up witnessing something just as bad.

The alt-right—what remains of it—has decided that satanic ritual abuse witch hunt version 2.0 is the hill it’s willing to die on.