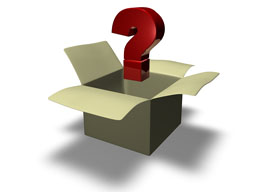 Growing up in L.A. in the late “60s and early “70s, I certainly had my fill of hippies (and then some). And I have to say, the hippies of that time weren”t all bad. Slovenly, spoiled, self-righteous, sure. But some of their rhetoric was totally on point. “Always question yer assumptions, man. Question everything, little dude,” I can still hear the flea-bitten friends of my long-haired, war-protesting cousin advising me between bong hits.

In a way, I long for the hippies of old. Because if there’s one thing today’s leftists don”t do, it’s question their assumptions. Of course, it was easy for 1969 leftists to preach the gospel of assumption-questioning. They were born into a world in which American society’s prevailing assumptions were essentially conservative. “Work hard and you can succeed.” “There’s no such thing as a free lunch.” “Good grooming is essential for a successful job interview.”

Now that the left has established its dominance over such influential institutions as academia and the press, assumption-questioning has gone the way of the 8-track. It’s truly astounding to me the extent to which the left doesn”t question its assumptions these days. One of my favorite examples is the beloved myth of “Hispanic blood.” Under current affirmative-action policies, anyone”anyone“who has Hispanic ancestry qualifies for preferential treatment. As law professor David Bernstein disapprovingly points out, affirmative-action benefits in college admissions can be given to “direct descendants of Spanish conquistadors, their indigenous victims, African slaves, immigrants from anywhere in the world, or any combination of these,” as well as a “child who has one set of grandparents descended from the Mayflower and another set of mixed-race Puerto Rican grandparents who arrived in New York City in the 1930s,” and even an “Argentinean child of German refugees from (or perpetrators of) Nazism.”

Basically, if you have any ancestry that is defined as “Hispanic,” leftists define you as handicapped and therefore in need of special help getting into college or finding a job. By the left’s definition, the blond, blue-eyed son of a Chilean millionaire needs help, but a dark-featured, dirt-poor Appalachian kid doesn”t. I used to enjoy tormenting leftists with what I call my “Brancato test.” Lillo Brancato Jr. is the actor best known for playing a Mob-connected Italian kid in the Robert De Niro film A Bronx Tale, and a Mob-connected Italian kid on The Sopranos. I would show leftists Brancato’s photo and ask if he would need special affirmative-action assistance to get into college. “Oh, no, of course not!” was always the reply. “Italians are white; that privileged kid needs no preferential treatment.” I”d then inform my mark that Brancato is actually Colombian, not Italian (he was a Colombian orphan adopted by Italian parents), and immediately the answer would change: “Oh dear God, of course that poor young oppressed Hispanic boy needs affirmative action! Add points to his SAT score ASAP!”

Same kid, same face. All that changed was where leftists thought he came from. To leftists, “cryptospanics” like Brancato are just as deserving of victim-group status and just as entitled to affirmative action as Kalahari Bushmen. It’s as if leftists are saying that evil white “gatekeepers” at universities and corporations can smell the blood of a Hispanic and therefore even Hispanics who don”t look Hispanic still need aid and protection.

Fee-fi-fo-fum, I smell the blood of a Mexican.

“Why does it matter so damn much to the members of racial, ethnic, and gender victim groups what average white folks are saying and doing?”

“Hispanic blood” is just one example of assumptions the left never feels the need to explain (Professor Bernstein’s masterful takedowns at SCOTUSblog and the Volokh Conspiracy deserve to be read in full). Another, less-explored bit of leftist nonsense is what I”ve christened the “Bubbafly Effect.” The name is a play on the butterfly effect, which is understood in popular culture as the principle by which something as minor as a butterfly flapping its wings might lead to something as major as a hurricane-force wind. The butterfly effect was first codified by MIT meteorologist Edward Lorenz in a paper entitled “Predictability: Does the Flap of a Butterfly’s Wings in Brazil Set Off a Tornado in Texas?” Lorenz’s goal was to explore “chaotic behavior in the mathematical modeling of weather systems.”

The popular understanding of the butterfly effect is essentially that small, seemingly insignificant things can create ripples that result in grave occurrences. And the left has taken this (somewhat misunderstood) interpretation of Lorenz’s theory and applied it to the, ahem, “science” of antiracism. You see, it might, to those unfamiliar with the leftist mind, seem odd, perhaps even crazy, that leftists are so obsessed with controlling and censoring the speech and actions of white people. The self-appointed antidiscrimination police seek jurisdiction over the words white folks use, the jokes they tell in public, the jokes they tell in private, the music they listen to, the music they make, the style in which they wear their hair, the tweets they send, the food they eat, the way they refer to the food they eat, the parties they throw, what they wear at those parties, what they wear on Halloween, what they wear on TV, what they wear at a ballgame, and, well, you name it”if a white person can do it, it needs to be policed.

This need to surveil and control isn”t applied just to white people in power, but to any white person, male or female (though more commonly male). Why? Why does it matter so damn much to the members of racial, ethnic, and gender victim groups what average white folks are saying and doing?

Well, that’s where the Bubbafly Effect comes in. This is the belief that the words and actions of any white person, no matter how seemingly insignificant, can have ripple effects that will eventually harm a member of an officially sanctioned victim group. The words of the lowliest random white person”an average “bubba” from a hick county”can, like the seemingly inconsequential wind generated by a butterfly’s wings, grow in strength until some poor innocent nonwhite non-cis non-male is swept off “thems” feet (to use the proper PC pronoun) by a hurricane of hatred.

If Bootless Clem in Owsley County says “nigger,” it could create a ripple effect that leads to a proud young African-American genius being barred from admission to a prestigious Ivy League university. If Fartmaster Chad at Kegger House wears a tiny sombrero on his head during his frat’s “tequila sunrise” party, the ripple effects might lead to a brilliant Latino tech wizard being passed up for a job at a major Silicon Valley firm.

Mona Chalabi, data editor at The Guardian, gave us a look at the thinking behind the Bubbafly Effect in an October 2015 op-ed titled “We”re all racist. But racism by white people matters more.” In the piece, Chalabi explains that “racism” on the part of white people is more important, and more necessary to regulate, because most “gatekeepers” are white. Cops, school administrators, bosses, etc. “As long as systems of power remain white,” Chalabi explains, “racism against white people will not be the same as racism against people of other races.” In other words, racism from normal, everyday “people of color” doesn”t matter because there is no “upstream” for it to flow. There are no “gatekeepers” of color, so who cares if the average Juan, Liang, Ahmed, or LaQuanetta says or does anything racist? No one will lose out on jobs or a spot at a major university, because only whites are “gatekeepers.”

That is, of course, bullshit. But we”re not discussing reality here; we”re discussing leftist assumptions.

It’s not just nonwhites who believe in the Bubbafly Effect. Tom Ballard, a white “social justice comedian,” explains that his devastatingly unfunny “comedy lectures” are important because “white people listen to white people,” and therefore his (may I repeat, devastatingly unfunny) jokes in the name of social justice, trivial as they may seem, are actually not trivial at all because they have the power to flow upstream until they influence the all-important white gatekeepers. Ballard, bless his heart, is trying to use the Bubbafly Effect for good instead of evil.