The Coven at the Cathedral 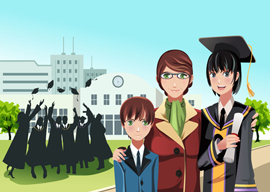 Labor Day weekend, now that Jerry Lewis has abandoned his famous telethon, must henceforth merely be known as the hour of the American Political Science Association’s annual meeting. One might think that such an event would be a sanctuary of frank, open discussion, where diverse ideas may freely compete. On this planet, such thoughts couldn”t be more incorrect.

APSA’s annual do consists of little more than seminars for a few far-outlying ideas on the American political spectrum. Not your far-outlying ideas, natÃ¼rlich, but the ones your kids will come back from a semester of college beating you over the head with. This year, they”ll argue that the reason Polish people didn”t like living under communism was imperialism, not communism, and that suburbs are a form of “state-sponsored apartheid“; then they”ll have a big group think (and probably no small amount of groupthink) on the pressing topic of the intersectionality of oppression in our political system.

Dead boring stuff, but that won”t keep fresh-faced freshpersons and grad school sycophants”greedily angling to suckle at the academic teat while the suckling is good”from pretending they”re fascinated. I cringe to imagine the sound of their adenoidal voices, filled with all the sunshine of an ingÃ©nue who doesn”t know yet that nothing he wants in life will ever happen, bleating out, “Oh my gawwwwd, wasn”t that last panel amaaaaaaamazing?”

Rack up the debt clock, follow the crowd; get a job teaching the Political Economy of Girls to the unwashed masses at Podunk U while you weasel your way up to a cushy tenured position, writing papers that lie somewhere between inflammatory and insane. Even if you wash out, there’s plenty of money to be made writing “WOW JUST WOW” articles for The Media Empire That Shall Not Be Named.

APSA’s website lists its “core objectives,” which are predictably bland, down to the boilerplate platitude about diversity. Diversity, a critical intelligence might surmise, should by definition include a disparate selection of viewpoints, especially in an organization dedicated to “Defending the legitimacy of scholarly research into politics and government.”

When I first went to college, I wanted to major in political science and history. It seemed a perfect fit for an argumentative young man with strong opinions on wars from Crimean to Seven Years”; I was fascinated by the play of human events and the ideas that made them happen.

But I quickly dropped out, after a howling leftist mob physically chased me through the Student Union into the relative safety of the campus Republican Club’s offices. When I returned several years later, I took up the study of Anglo-Saxon poetry, Grail mythology, psychedelic drugs, and comely young ladies. Bully for being a “nontraditional student.” But while I”m currently making a living with my liberal arts degree, I can”t imagine the majority will be so lucky. Go to trade school, young man.