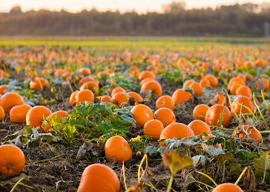 NEW YORK—Let’s all dogpile on the Electoral College.

It’s undemocratic, it’s outdated, it’s un-American. The New York Times (surprise, surprise) believes it should be abolished and we should go to a straight-up popular vote.

How could the concerns of those little pipsqueak states matter when the massive voting blocs of the Upper West Side and West Hollywood and Nob Hill and the South Side of Chicago are saying, “You people go back to your bass boats and your cattle ranches and your plaid work shirts and let us run the country as we see fit.”

The founders never intended 100 percent popular voting except at the lowest levels of government, town halls and city councils, where everyone knows one another. Anything beyond that, they wanted some kind of check on the passions of the mob, so that nobody got railroaded just because they were too small to defend themselves.

“So 7 percent of the time, the small states get pissed off and defeat the big ones. This is exactly what the founders envisioned.”

In other words, the Electoral College is set up to defend minorities.

That’s why Wyoming gets three votes out of 538. This one half of one percent apparently outrages the East Coast Brahmans who would prefer to ignore the small-government radicals from Laramie and Casper who keep rabble-rousing for causes like better management of the wolf population and more equitable policies for grazing livestock on federal land. Who cares about crap like that? They should have exactly what their population entitles them to—

They can use the incredible clout of that .018 percent to get whatever they need and then go back to roping their goats or whatever they do.

The same goes for the syrup farmers in Vermont and the Walmart moguls in Arkansas. Twenty-five of the fifty states have seven electoral votes or fewer, so all those people who choose to live away from the crowded urban areas can basically just go artificially inseminate themselves. The most underrepresented people in America—citizens of the District of Columbia—should have those three votes taken away so we don’t have to listen to their constant bitching about, you know, how they’re not represented in Congress at all.

So we’ve had 56 presidential elections, and in four of them the Electoral College has differed from the popular vote. In 1876 it was because the North and Far West went for Hayes over Tilden even though the Democrats in the South came out in far greater numbers in an effort to get rid of Reconstruction. In 1888 it was Benjamin Harrison outcampaigning the solid Democratic South that wanted to keep Grover Cleveland. In 2000 it was the South and the Midwest defeating the big voter turnout on both coasts and the Rust Belt. And in 2016 it was, of course, the South, the Midwest, and the Rust Belt defeating the heavily populated coasts.

So 7 percent of the time, the small states get pissed off and defeat the big ones. This is exactly what the founders envisioned. They didn’t want the planter class of Virginia or the mercantile millionaires of Boston and Philadelphia running roughshod over Delaware, Rhode Island, and Georgia. In fact, the small states feared the big states so much that, without that provision, the Constitution never would have been approved.

But there’s another reason why the popular-vote argument doesn’t hold water. If the most recent presidential election had been decided by popular vote, that doesn’t mean Hillary would have won, because the patterns of campaigning and spending would have been completely different. Clinton didn’t campaign in Texas. Trump didn’t campaign in Illinois. Cities like Houston and Denver and San Diego would be in play if they weren’t written off in advance. To say “Trump would have lost if we had a popular-vote system” is to create some alternative universe in which the rules are all changed but the behavior of the candidates remains the same.